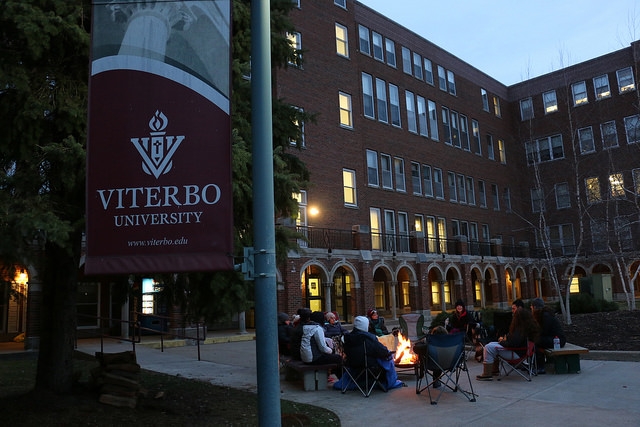 A Holocaust survivor who was supposed to speak at Viterbo University this Thursday has become ill and will not make it.

Peter Feigl, who was on WIZM’s La Crosse Talk late last week, has spoken at Viterbo in the past about his family’s departure from Europe around the start of World War II.

The free event starts at 7 p.m. Thursday at Viterbo’s Fine Arts Center. It will also be streamed live here.

Alexandra Zapruder’s career began as a member of the founding staff of the U.S. Holocaust Memorial Museum (USHMM) in Washington, D.C.

A graduate of Smith College, she served on the curatorial team for the museum’s exhibition for young visitors, Remember the Children, Daniel’s Story. She earned an EdM in Education at Harvard University in 1995.

She wrote and co-produced “I’m Still Here,” a documentary film for young audiences based on her book, which aired on MTV in May 2005. It was nominated for two Emmy awards.

In 2016, she published her second book, “Twenty-Six Seconds: A Personal History of the Zapruder Film,” which tells the story of her grandfather’s home movie of President Kennedy’s assassination.

Alexandra Zapruder serves as the Education Director of The Defiant Requiem Foundation and is a member of the Board of Directors for the Educators’ Institute for Human Rights — a nonprofit that develops partnerships with teachers in post-conflict countries to provide training in best practices on human rights, genocide prevention and Holocaust education.

Feigl, last week on WIZM, said the current Russian invasion of Ukraine reminds him of when Adolph Hitler invaded European nations in the 1930s.