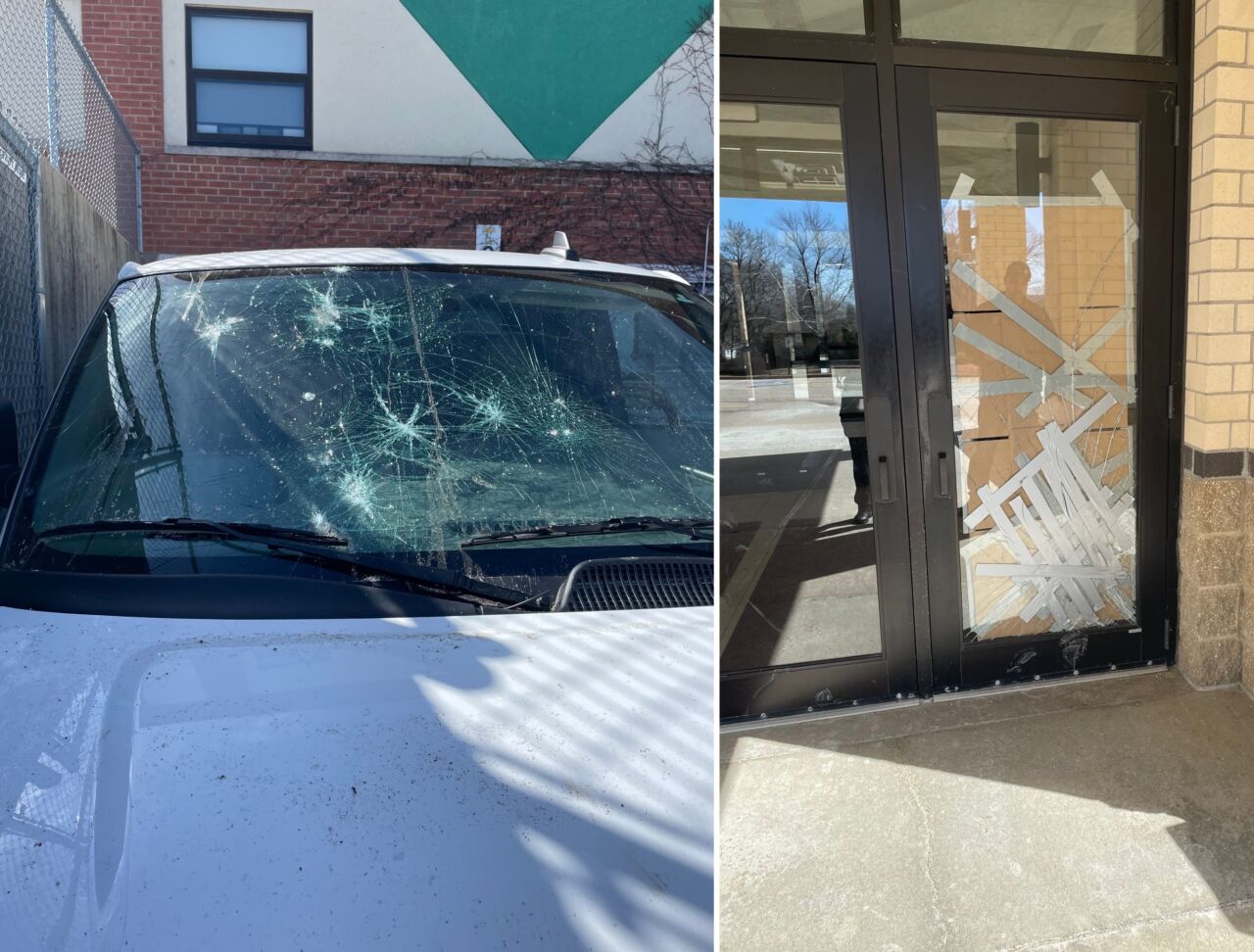 Damage done to the outside of the Tomah Middle School over the weekend of March 26, 2022. (PHOTO: Tomah Police Department)

With the community’s help, two of four juveniles responsible for vandalizing Tomah Middle School have turned themselves in.

The Tomah Police Department said community members helped identify the kids and the families involved brought them to the department.

“We have determined that four juvenile persons were involved,” Tomah Police posted. “Two of them have already presented at the PD to take responsibility for their actions.”

Damaged were numerous windows and doors at the school, which has no cameras outside.