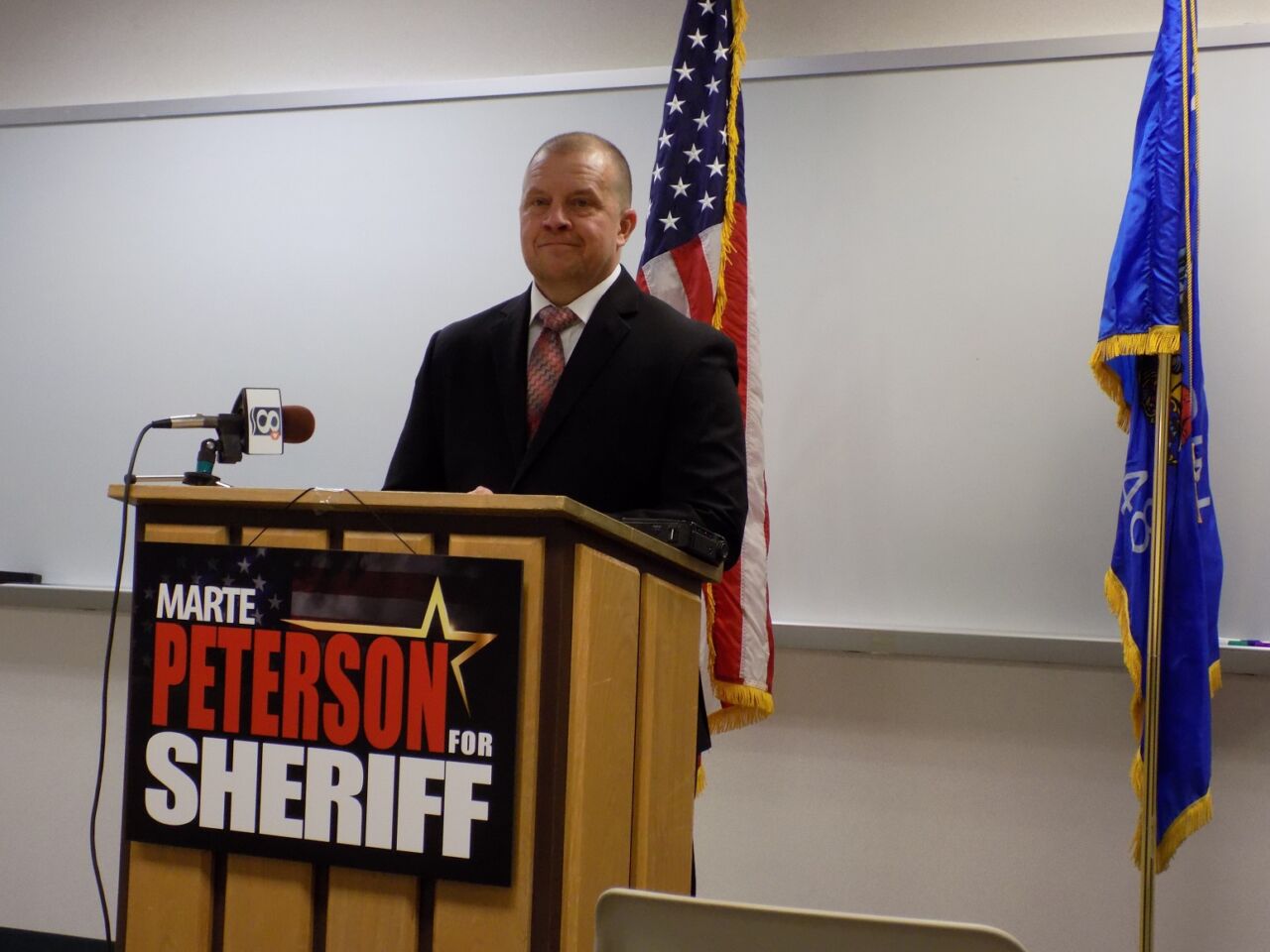 A 21-year veteran out of the La Crosse County Sheriff’s Office is ready to move into the department’s top job.

Patrol Captain Marte Peterson officially kicked off his campaign for sheriff on Monday at the La Crosse County courthouse.

Peterson and Fritz Leinfelder are running as Republicans for the sheriff’s position, while John Siegel announced last week as a Democrat but has not yet filed as a candidate.

Peterson believes his experiences working his way up the chain of command, including time as a trainer, have prepared him to become successor to retiring sheriff, Republican Jeff Wolf.

“I think it’s imperative going forward that we have the mentality to make sure we continue with proper training,” Peterson said at the news conference. “We have highly trained people that work here, and I also think I have a good relationship with the community and I want to work on building and mending relationships.”

Peterson would like to use his experience with the DARE and GREAT programs locally to deal with drug abuse and mental health in the community.

Peterson is disappointed by declines in police staffing, with fewer people wanting to enter law enforcement.

“However, I believe working on building those relationships back with the community,” he said. “Having that educational aspect of what we do as law enforcement” and hoping to mend relationships with the public.