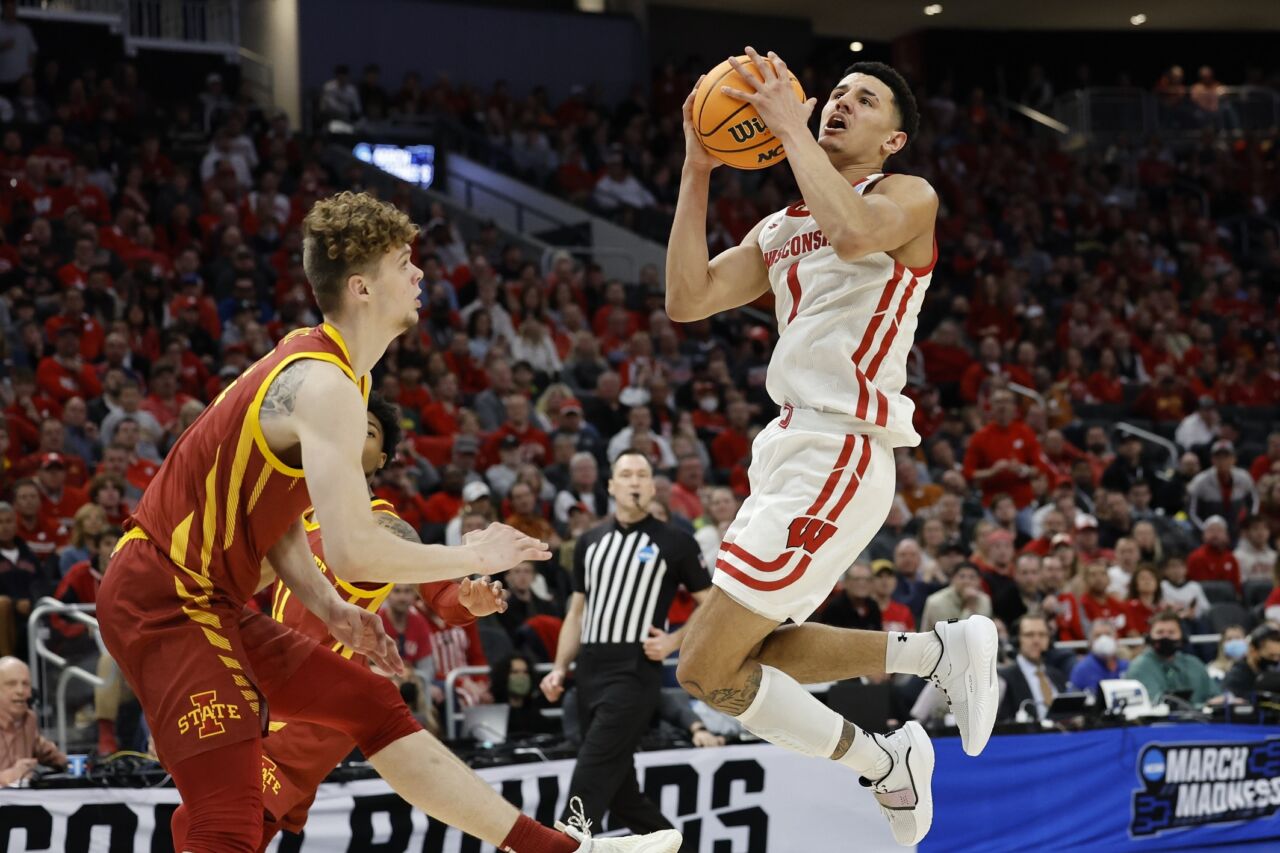 It could have been the last game of his college career for La Crosse native Johnny Davis.

The sophomore scored 17 on 4-of-16 shooting, going 0-for-7 from beyond the arc as the University of Wisconsin men’s basketball team fell to 54-49 to Iowa State in the second round of the NCAA tournament Sunday at the Fiserv Forum.

“They played a really good pressure defense. They did a really good job of taking away passing lanes,” said Davis, who was 4 for 16 from the field. “I just think that we just straight up missed shots and didn’t share the ball the way we were supposed to.”

After winning just two games last season, Iowa State (22-12) advanced to the Sweet 16 for the first time since 2016 and the sixth time in school history. It will play 10th-seeded Miami — a 79-61 winner against No. 2 seed Auburn — in the Midwest Region semifinals on Friday in Chicago.

Both teams shot horrendous and combined to turn it over 32 times — 17 by the Badgers.