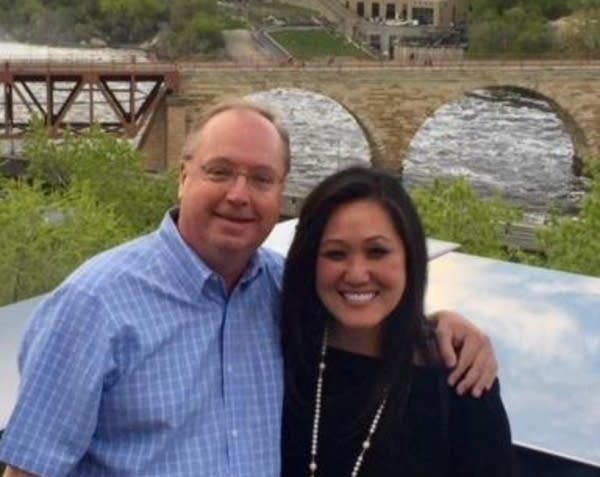 “Though my heart is still heavy after Jim’s passing, the encouragement I have received from throughout southern Minnesota has inspired me to carry on his legacy by running to complete the remainder of his term,” Carnahan said in a statement.

Hagedorn died of kidney cancer last month. Gov. Tim Walz called a special primary for May 24, followed by a special election on Aug. 9 to fill out the rest of Hagedorn’s term. The seat, under boundaries that were updated by a court redistricting panel, will also be up for grabs in the November general election. The special elections will be within the district’s current boundaries.

Carnahan brings some baggage into the race. She resigned under fire as Minnesota GOP chair last August, maintaining she was forced out by the same people who opposed her reelection six months earlier.

She denied allegations at the time of fostering a toxic work environment, which came from four former executive directors of the state party who served under her, among others.

She also denied foreknowledge of any wrongdoing by major GOP donor and political ally Anton Lazzaro (pictured below with her and Hagedorn), whose indictment on child-sex trafficking charges touched off the firestorm that led to her downfall.

“Jennifer Carnahan’s leadership ability has been entirely discredited by those who worked most closely with her,” Minnesota Democratic Party Chairman Ken Martin said in a statement. “It is clear that Carnahan has no business serving in any elected office whatsoever.”

Carnahan joined a field that already included at least eight other Republicans, along with six Democrats and one Legal Marijuana Now party candidate, as of Monday morning. The filing period closes Tuesday.

Former President Donald Trump carried the 1st District with nearly 54% of the vote in 2020. Hagedorn carried it by less than half a percentage point in 2018 and by 3 points in a rematch in 2020. Redistricting didn’t change the political balance much, and it’s going to be challenging for Democrats to flip the seat.

“I am committed to continuing my husband’s legacy of fighting to secure the border, defending conservative values, safeguarding the integrity of our elections, and serving the people of Minnesota’s First Congressional District,” Carnahan said in her announcement.