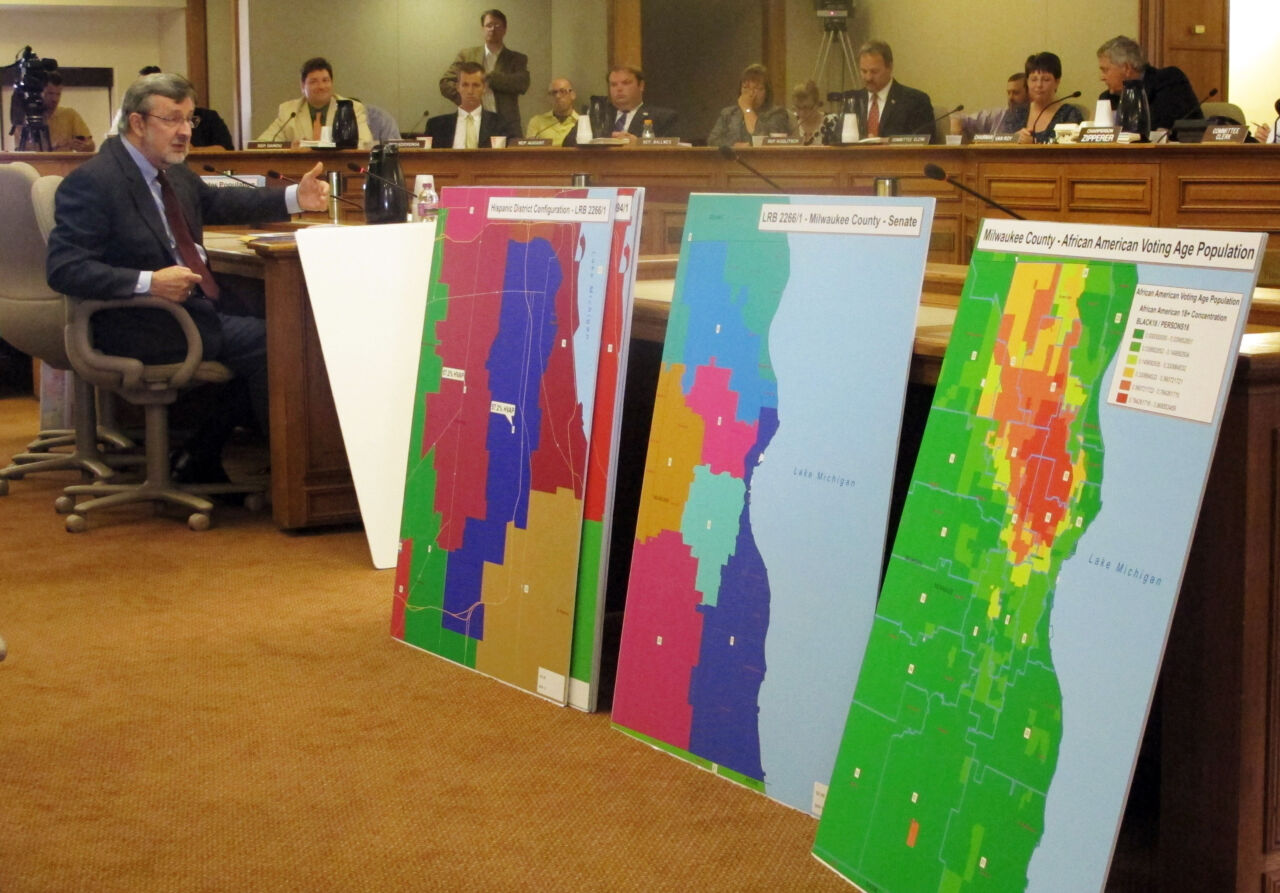 Nobody is happy with voting districts in Wisconsin.

Democrats have cried foul for a decade, after Republicans drew the lines in secret, behind locked doors and nondisclosure agreements.

Now, with the conservative-led Wisconsin Supreme Court choosing Gov. Tony Evers’ maps, it’s the Republicans’ turn to deem the maps unfair — despite provisions by the court.

The GOP, however, isn’t calling for a nonpartisan commission to draw the maps, instead of whatever party that just happens to win the majority in one particular year getting to set the lines for a decade.

Instead, the Republican members of the U.S. House of Representatives in Wisconsin are calling on the conservative-led U.S. Supreme Court — with its 6-3 majority — to appeal the Wisconsin court’s decision.

“I don’t know why they’re whining so much because it locks in their majorities in the Assembly and the Senate, and basically locks in these Congressional districts right now, too,” Democratic U.S. House Rep. Ron Kind of La Crosse said Tuesday on La Crosse Talk PM.

Kind is in the unique position of having gone through the redistricting process two other times, as he’s set to retire this year, after 13 terms in the House.

He’s also the only Wisconsin member of Congress in a competitive district last election. The other five Republicans and two Democrats all won by blowouts, so to speak.

But, those five Wisconsin’s Republicans in Congress argue now that it’s Evers’ map that is unconstitutional. They want the U.S. Supreme Court to block those maps and start the whole process over again with new proposals.

Or, they argue, the court — with a 6-3 majority toward Republicans — should simply adopt Republican drawn maps previously approved by the GOP-led Wisconsin state Legislature, which Evers vetoed.

But even the “least change” maps that were picked by the Wisconsin Supreme Court aren’t making Democrats all that happy. The results still project Republican majorities, as the provisions by the court called for new district boundaries that adhered as closely to the Republican maps drawn a decade ago..

“So it basically locks in that 2010 gerrymandered map, which was disproportionately in favor of Republicans throughout the state,” Kind said of Evers map, let alone the ones Republicans drew. “So, I don’t know why Republicans are screaming and crying so much. They’re basically getting what they produced back in 2010 with very little change.”

Meanwhile, Kind reiterated what every Wisconsin county and county board that’s put it to a referendum or resolution has voted in favor of, and that’s to create a system where neither party gets to draw its own map.

“It’s something I’ve supported for years and that’s the creation of nonpartisan judicial committees to draw the political maps,” Kind said. “You’re never going to get a perfect system, but it’s much better than having the politicians choose their voters, which is the way it’s handled right now in Wisconsin, and that’s unfortunate.

“We really need to restore power to the people and get fair maps. If that means setting up a nonpartisan judicial commission to do it, as many states have, I think the results are much, much fairer than what we’re seeing in Wisconsin. That’s the answer to all this.”

When the Wisconsin Supreme Court decided to take on the responsibility of approving new maps for the next decade, it put in a stipulation that it would accept a “least change” map from the ones that were drawn in 2010. Republicans had no such stipulations a decade ago, which allowed them to manipulate the maps in their favor, having control of the entire government at the time.

Now, some Republicans are arguing the new maps are gerrymandered. Kind agreed.

“Basically, Gov. Evers took the status quo, which was the gerrymandered Republican map that passed in 2010. That’s what is continuing now. And I think Republicans wanted to gerrymander it even worse.”

Kind does see the new maps as creating one more competitive Congressional district in the state. He said the 1st District should be competitive with a 4 percent swing.

The U.S. Supreme Court does not have to take the case, allowing the Wisconsin court’s decision to stand.