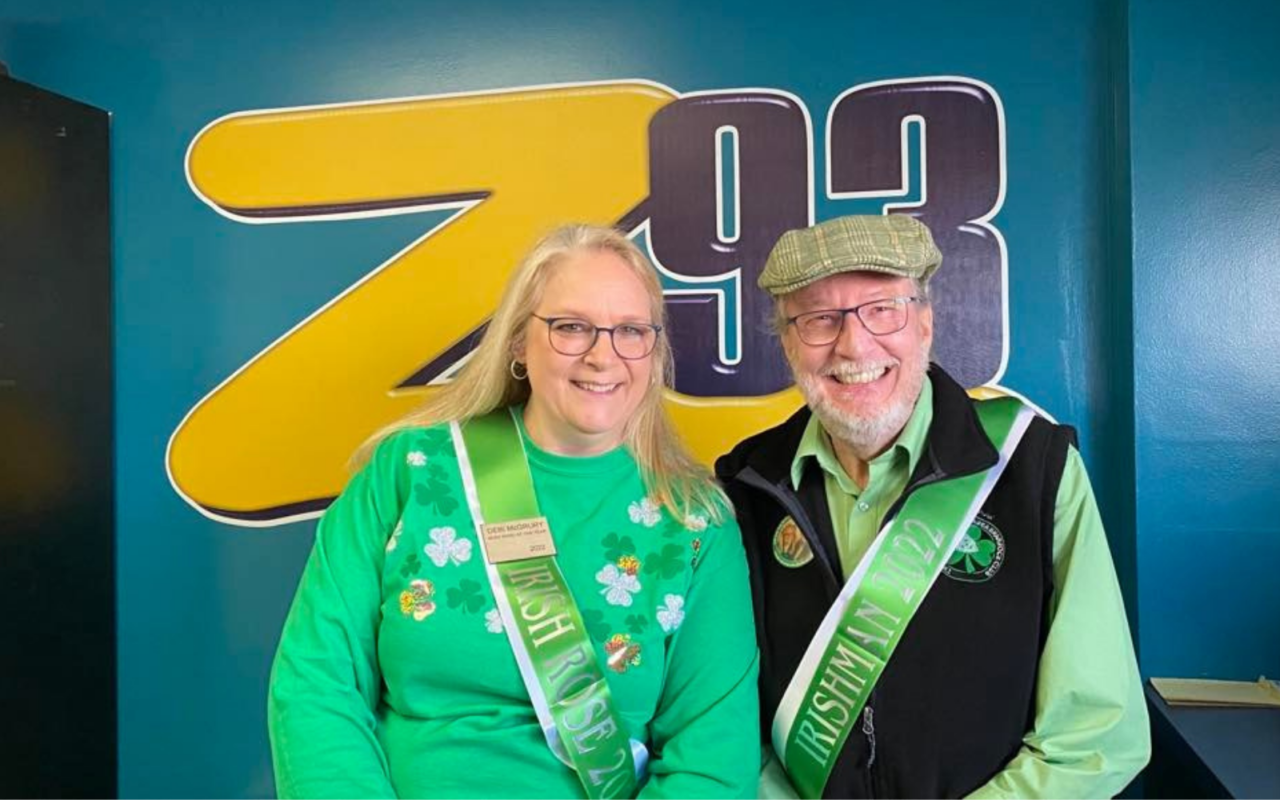 The Greater La Crosse Area Shamrock Club has officially coronated their Irish Man and Rose, and they’re ready to kick off the year with Saturday’s St. Patrick’s Day Parade in downtown La Crosse.

2022 Irish Man Dave Burgess and Irish Rose Debbie McGrury were nominated late last year and officially began their new roles at a dinner last week. Burgess told Z93 they were chosen by a group of recent Irish royalty and people from the club.

Their first big gig is the St. Patrick’s Day Parade in downtown La Crosse, this Saturday. The parade starts at noon at 2nd and State streets, heads up 2nd to Main, traveling up Main to end at 9th Street.

What do the Irish Man and Rose do for the parade? McGrury said their first task is to stay warm.

“We actually get to ride in the carriage and I guess open the parade so to speak,” McGrury said.”

Burgess added that they are practicing their “parade wave” and assures the community they’ll be ready.

The Hunger Task Force of La Crosse is able to collect donations along the parade route again this year. Spectators are encouraged to donate non-perishable items or monetary donations at the parade, or donate online HERE. McGrury shared that HTF will have shopping carts going down the street during the parade.

The official after party will be at The Freight House again this year with music, corned beef sandwiches and more.

They also added that the Shamrock Club does a blood drive every six months. The next one is coming up on Tuesday, March 15, from noon til 5 p.m. at the Onalaska Public Library. McGrury said “the incentive to donate blood is that if you give a pint you get a pint, so anybody who gives blood will get a certificate for a pint of their favorite beverage at David Reay’s Modern Diner and Tavern in Onalaska.

Looking for more Irish celebrations on Saturday? Check out performances from the Irish Dancers at Amanda’s Academy of Dance at the Charmant Hotel pre-parade party from 10 a.m. til noon.

Saturday afternoon is another chance to support The Hunger Task Force with The World’s Shortest Run/Walk, the .01K.