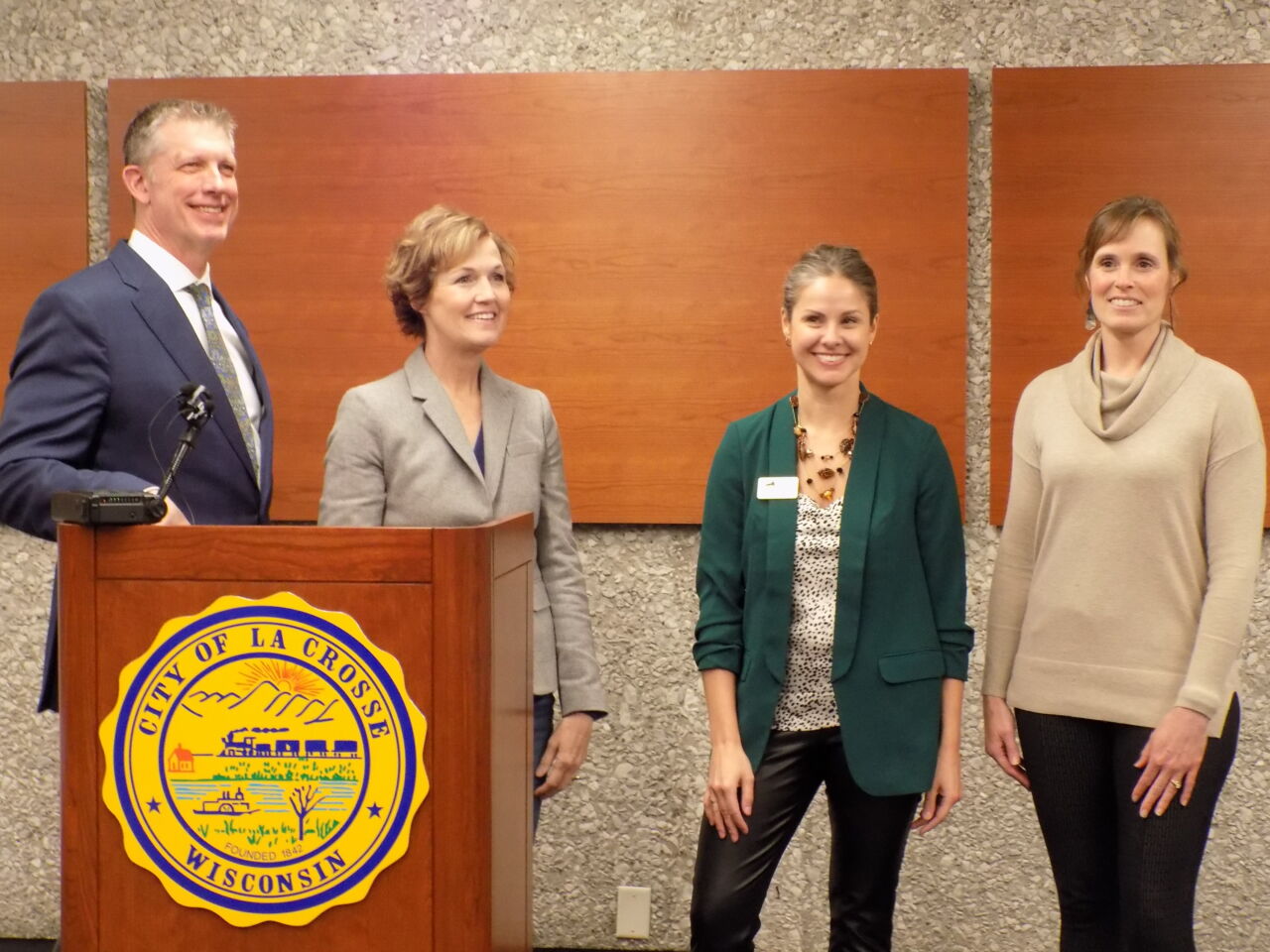 This week marks two years since the official start of the COVID pandemic, which has taken a severe toll on people’s lives and on the economy.

City Hall joined with the La Crosse Community Foundation on Tuesday to distribute $2 million in grant funding to 22 nonprofits.

The federal government has allocated almost $22 million to the city of La Crosse in American Rescue Plan Act (ARPA) funds to recover from pandemic conditions, and the city is allowed to spend 10 percent of that amount this year on immediate needs.

Mayor Mitch Reynolds said the process of deciding who qualifies for money has taken longer than he would like. He was envisioning dropping “bags of cash” at various organizations.

“We would do things immediately,” Reynolds said, “and thankfully, I had people that kept me from doing that.”

The first group of grants represents 10 percent of the ARPA money to be made available to the city.

The largest grant in this group is for $226,000, to the Great Rivers United Way to promote community health.

Jamie Schloegel, executive director of the La Crosse Community Foundation, was involved in the decision making.

“We were grateful that the city reached out to us to help build a fair and equitable process, to be able to distribute these dollars to the non-profits who are really serving on the front lines throughout the pandemic,” Schloegel said.

The grants ranged from $15,000 to GROW La Crosse, which helps children learn about gardening, to the $226,000 for the Great Rivers United Way.

The executive director there, Anne Snow, said the museum recently reopened after being closed more than a year. It plans to bring back workers after laying off most of the staff.

The ARPA grant announcement was made inside the newly remodeled city council chambers, which have been rebuilt in the past year partly because of the need to remove asbestos that was installed when City Hall was built in 1970.