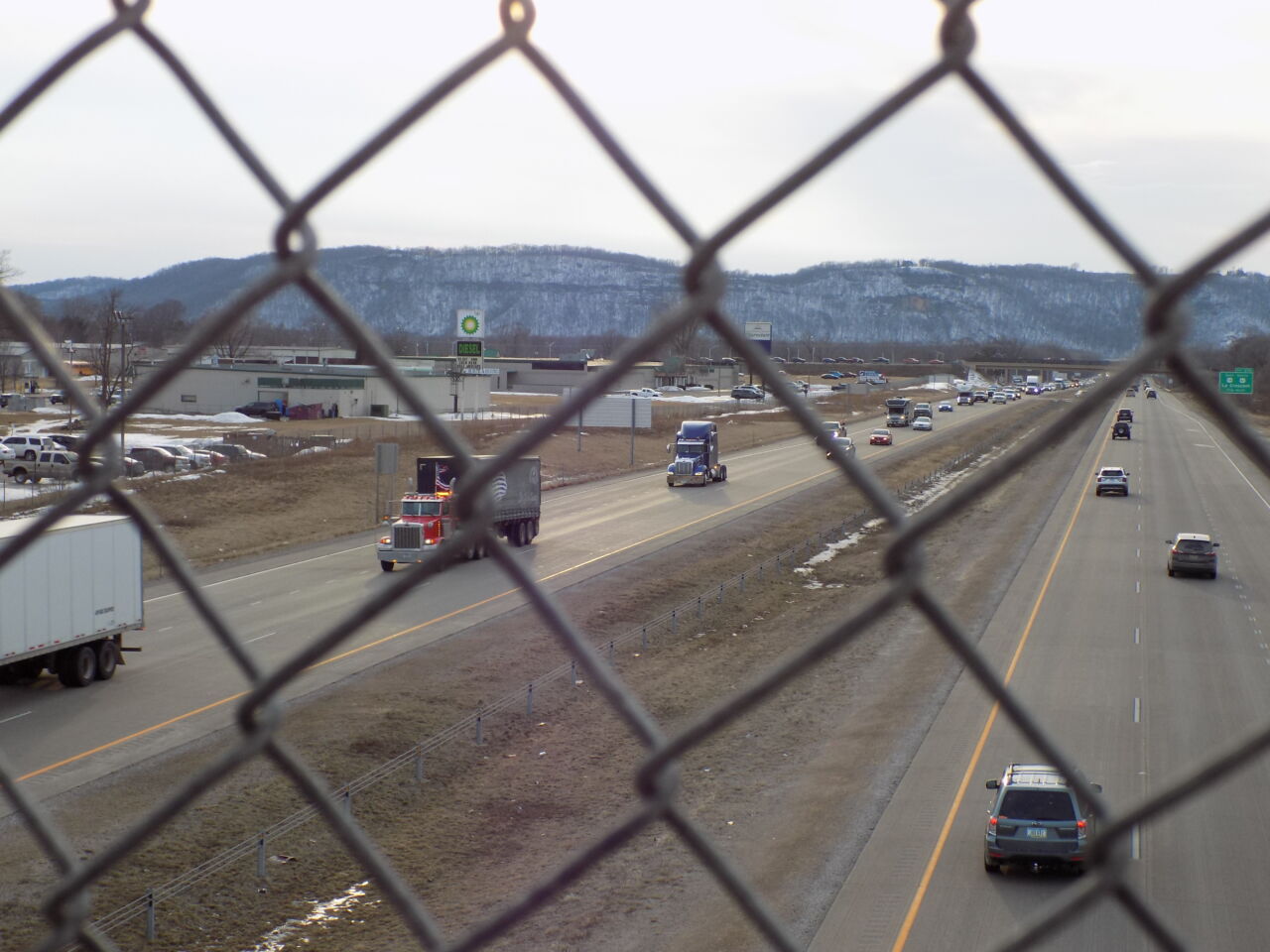 A crowd of onlookers, waving American flags and cheering traffic on I-90, gathered Friday afternoon on French Island to watch for a convoy of semis passing through the region.

About 50 people, young and old, stood on a pedestrian bridge over the interstate near Exit 2 to show their support for the Freedom Convoy traveling to Washington, D.C. Drivers also stopped near other bridges on the island to watch for the trucks.

A few dozen trucks passed beneath the bridge shortly before 5 p.m., headed to an expected rendezvous with other trucks traveling on I-94 to the Tomah area, and the Love’s truck stop at Oakdale.

Several signs, including Trump campaign banners and homemade cardboard signs, were hung on the fence along with a few flags. Many drivers honked to acknowledge the crowd, while passing under the bridge in both directions.

The drivers involved in the convoy are protesting mandates and government control.

To avoid the congestion, the Tomah school district chose to dismiss students and staff earlier than usual on Friday.