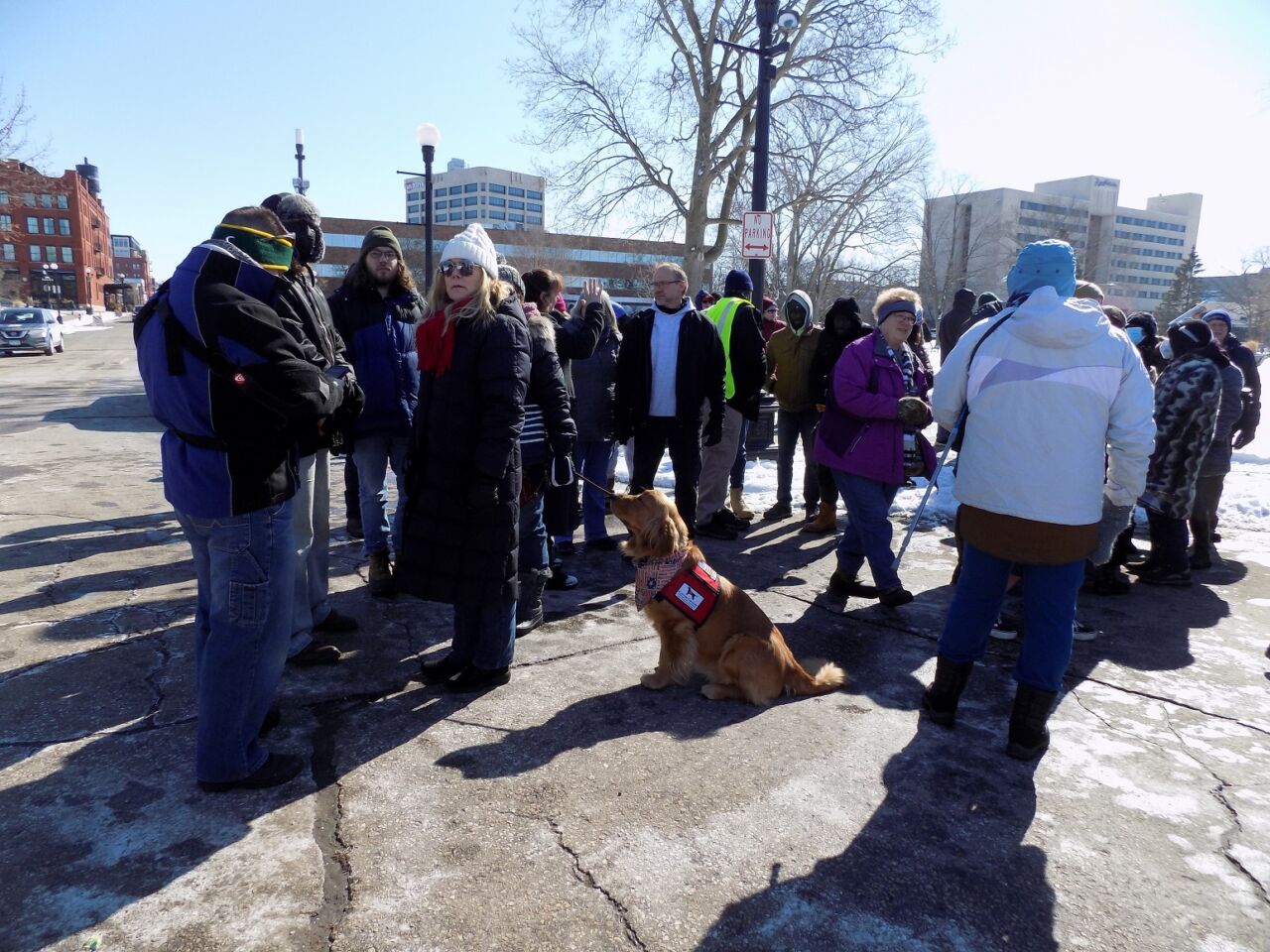 Dozens of volunteers joined local emergency workers in an afternoon-long search for a UW-La Crosse student, who has been missing almost a week.

More than 100 people gathered at Riverside Park at noon Saturday, to help with the effort to find Hamud Faal, who was last seen early on Feb. 20, walking southward in the area of Front and Jay Streets in La Crosse.

City and university police asked for 170 volunteers to search during the afternoon.

The search area was divided into 34 quadrants, with up to five assigned to each to look for clues, which could help lead to Faal.

Searchers were asked to stay away from the river, for their own safety, and to check back in at the park when they were done.

Saturday’s search was scheduled to last until close to sunset.

If you have any information on Faal’s whereabouts please call the non-emergency police hotline at 608-782-7575, or if you would like to make an anonymous report, call the La Crosse Area Crime Stoppers at 608-784-TIPS