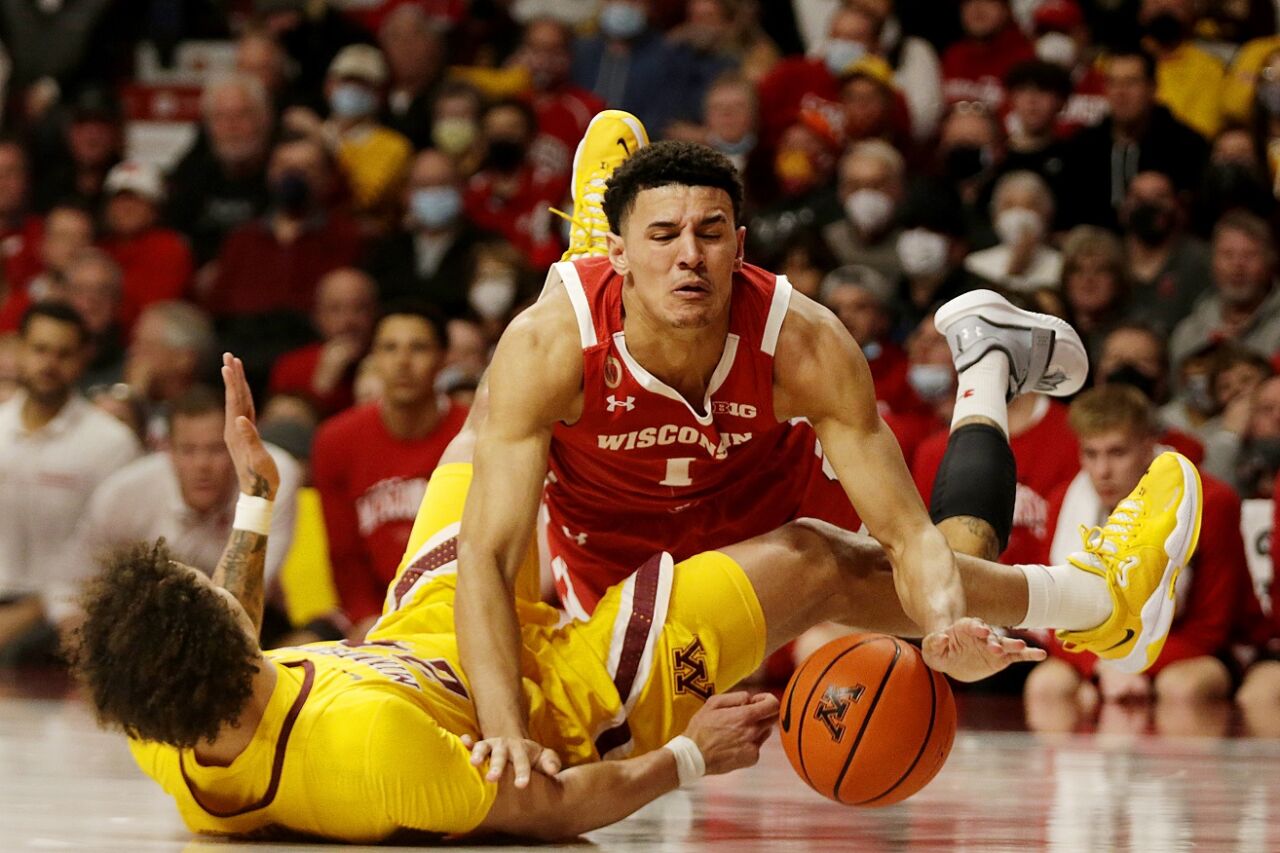 Wisconsin guard Johnny Davis (1) falls after a collision with Minnesota guard Sean Sutherlin during the second half of an NCAA college basketball game Wednesday, Feb. 23, 2022, in Minneapolis. Davis was called for charging. (AP Photo/Andy Clayton-King)

For the first time this season, Johnny Davis fouled out.

Didn’t matter. The University of Wisconsin men’s basketball team has two of those guys from La Crosse, and twin brother Jordan Davis helped get the 68-67 win over Minnesota.

Johnny Davis — who’s the only Big Ten player to lead their team in points, rebounds and assists — fouled out with 2:35 to go. Jordan Davis subbed in, hit a layup to break the tie, then assisted Steven Crowl on the next possession to put 13th-ranked Wisconsin up 66-62 to seal it.

“I don’t think anyone was stunned,” Jordan Davis said. “We’re not just a one-man team. No offense — I know he’s my brother — but we just battled through it.”

“He practiced really well yesterday. I thought he had a little bounce. He knew this was coming,” UW coach Greg Gard said. “I’m just really happy for him.”

Johnny Davis was 3-for-9 from the field, in scoring 12 points. The sophomore also had nine rebounds, three assists, a steal and four turnovers.

It’s the third time in the past four games Johnny Davis has had four turnovers.