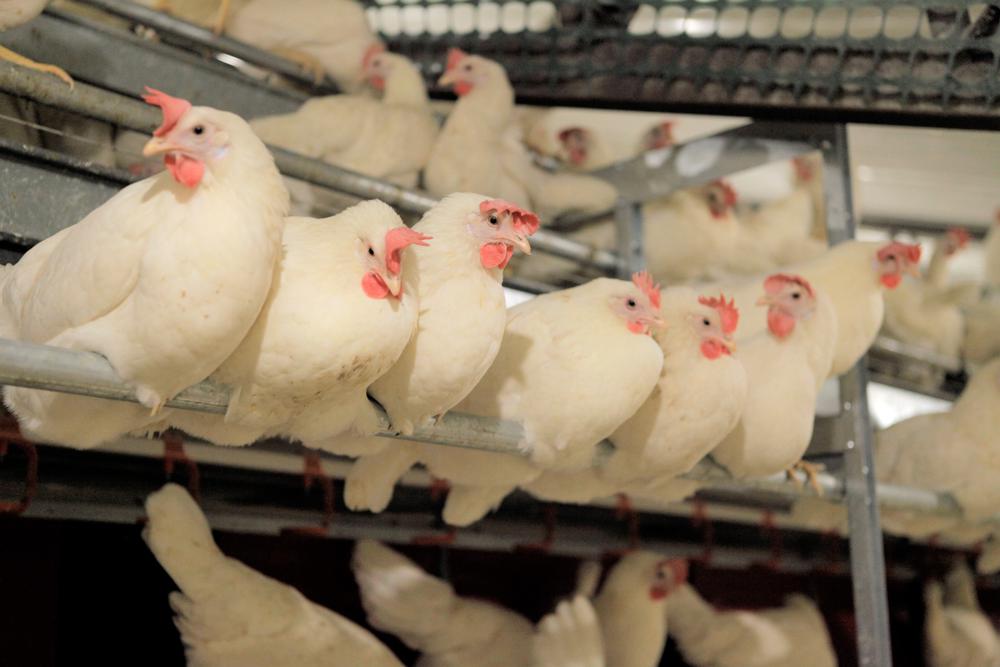 This 2017 photo shows cage-free chickens on a Versova farm in Iowa. The nation's egg producers are in the midst of a multi-billion-dollar shift to cage-free eggs that is dramatically changing the lives of millions of hens in response to new laws and demands from restaurant chains. (Versova via AP)

DES MOINES, Iowa (AP) — Without much fuss and even less public attention, the nation’s egg producers are in the midst of a multibillion-dollar shift to cage-free eggs that is dramatically changing the lives of millions of hens in response to new laws and demands from restaurant chains.

The change marks one of the animal welfare movement’s biggest successes after years of battles with the food industry. The transition has cost billions of dollars for producers who initially resisted calls for more humane treatment of chickens but have since fully embraced the new reality. Pushed by voter initiatives in California and other states as well as pressure from fast food restaurant chains and major grocers, egg producers are freeing chickens from cages and letting them move throughout hen houses.

“What we producers failed to realize early on was that the people funding all the animal rights activist groups, they were our customers. And at the end of the day, we have to listen to our customers,” said Marcus Rust, the CEO of Indiana-based Rose Acre Farms, the nation’s second-largest egg producer.

Josh Balk, vice president for farm animal protection at the Humane Society of the United States, noted the abruptness of the about face. This is “an entire industry that at one point fought tooth and nail not to make any changes,” he said.

To a great extent, the industry concluded it didn’t have another choice.

Beginning in about 2015, McDonald’s, Burger King and other national restaurant chains as well as dozens of grocers and food manufacturers responded to pressure from animal welfare groups by announcing their commitment to cage-free eggs. That was followed by laws requiring cage-free housing in California and similar rules in at least seven other states — Colorado, Massachusetts, Michigan, Nevada, Oregon, Utah and Washington.

McDonald’s, which buys about 2 billion eggs annually, said it gradually shifted to cage-free after concluding it was desired by customers. Many companies widely promoted their move to cage-free as good for their brand’s image.

Animal rights groups have made allowing animals room to move a priority in their campaigns but the results have been mixed. The pork industry is fighting to block the California initiative that required more space for breeding pigs and veal calves, and a state judge recently delayed implementation of new rules.

The egg industry also initially sought national standards that would allow cages but ultimately relented, said J. T. Dean, president of Iowa-based Versova, a leading egg producer. Egg companies house about 325 million laying hens, so shifting many out of cages where they couldn’t move and into spaces where they could walk and roost was an expensive proposition, Dean said.

Besides building structures with more space, companies had to figure out how to feed birds that could move about and how to collect their eggs. More workers and more feed were also needed because hens moving around would work up more of an appetite.

The key, said Dean, was getting long-term commitments for guaranteed buyers of eggs at a higher price.

“When you start talking about needing billions of dollars, you have to try every avenue you can,” Dean said.

The exact cost of the switch on egg producers is hard to estimate, in part because some updating of buildings and equipment is done periodically anyway. The cost to people at grocery stores is clearer.

Jayson Lusk, who heads the Agricultural Economics Department at Purdue University, found that after a mandatory shift on Jan. 1 to cage-free in California, the price of a dozen eggs in the state jumped by 72 cents — or 103% — over the average U.S. price, although the gap could shrink as the market adapts.

At Des Moines’ Gateway Market, which specializes in organic and specialty food, shoppers said they think it’s worth paying more for eggs if it improves lives for hens.

“I feel as though I want the chicken to be happy,” said Mary Skinner, of Des Moines. “How would we feel if we were stuck in a cage?”

Gregg Fath, a Des Moines resident who enjoys eating three eggs for breakfast, said he thinks “people are learning to be more aware.”

Looking years into the future, egg company leaders said they think the demand for cheaper eggs from caged hens will remain roughly 25% or more of the market, but Balk at the Humane Society said he expects it to become a tiny percentage of overall sales.

Balk notes that hundreds of national retailers, restaurants, grocers and food manufacturers either have implemented cage-free requirements or plan to do so within a few years.

“This is the future of every state in America,” he said.