La Crosse's Davis busts out of slump, drops 25 in leading No. 14 Badgers over 17th-ranked MSU 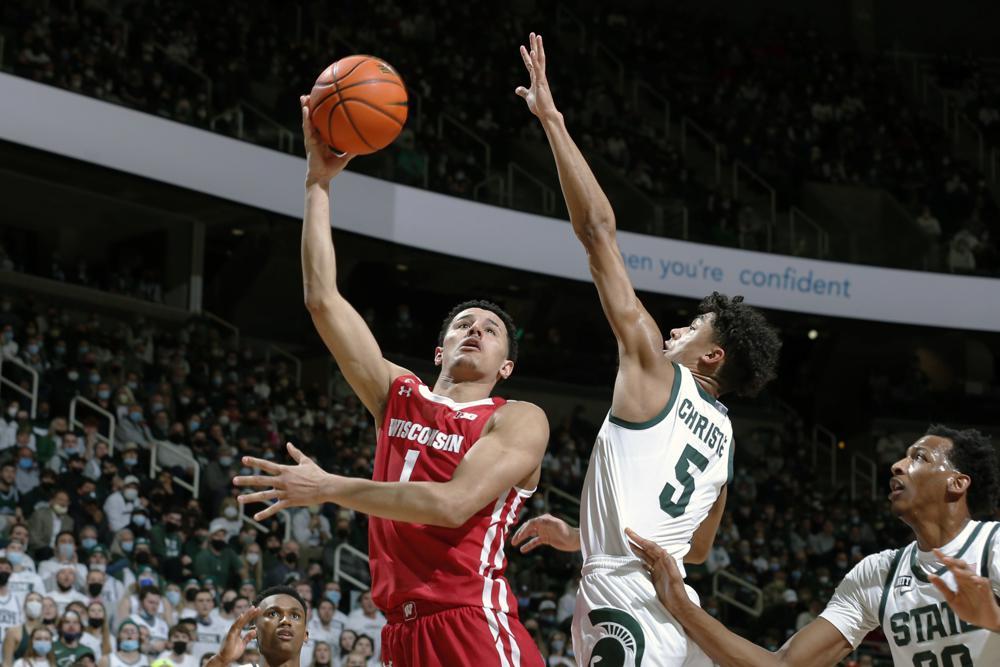 La Crosse native Johnny Davis bounced back in a huge way, leading the 14th-ranked University of Wisconsin men’s basketball team to a 70-62 win over No. 17 Michigan State.

Davis came into the matchup shooting 34.6% over his past five games. Tuesday, he missed three times, in scoring 25 points.

The sophomore was 8-for-11 from the field, 2 of 4 from deep and 7-for-8 from the free-throw line. He added six rebounds, three assists, two steals and just one turnover in 34 minutes.

Davis leads the nation in points against ranked teams this season, at 25.3 a game — minimum three games, though Davis has played six, where the Badgers are 3-3. In games against unranked teams, Davis is averaging 18.5 points.

Davis was coming off his worst game of the season Saturday, when he shot 2-for-13 and scored four points. He hadn’t scored less than 13 in any other game this season. The 6-foot-5 guard is now averaging 20.8 points a game.

The Badgers overcame 14-for-22 shooting from the line and were somehow better from deep, despite going 6 of 18. Michigan State shot 3-for-14 from beyond the arc.

The Badgers pull into a three-way tie for the Big Ten Conference lead with No. 3 Purdue (21-3, 10-3) and 13th-ranked Illinois (17-6, 10-3). There is, however, plenty of season left. Wisconsin has six games left on its schedule, but only Purdue is ranked at this point.