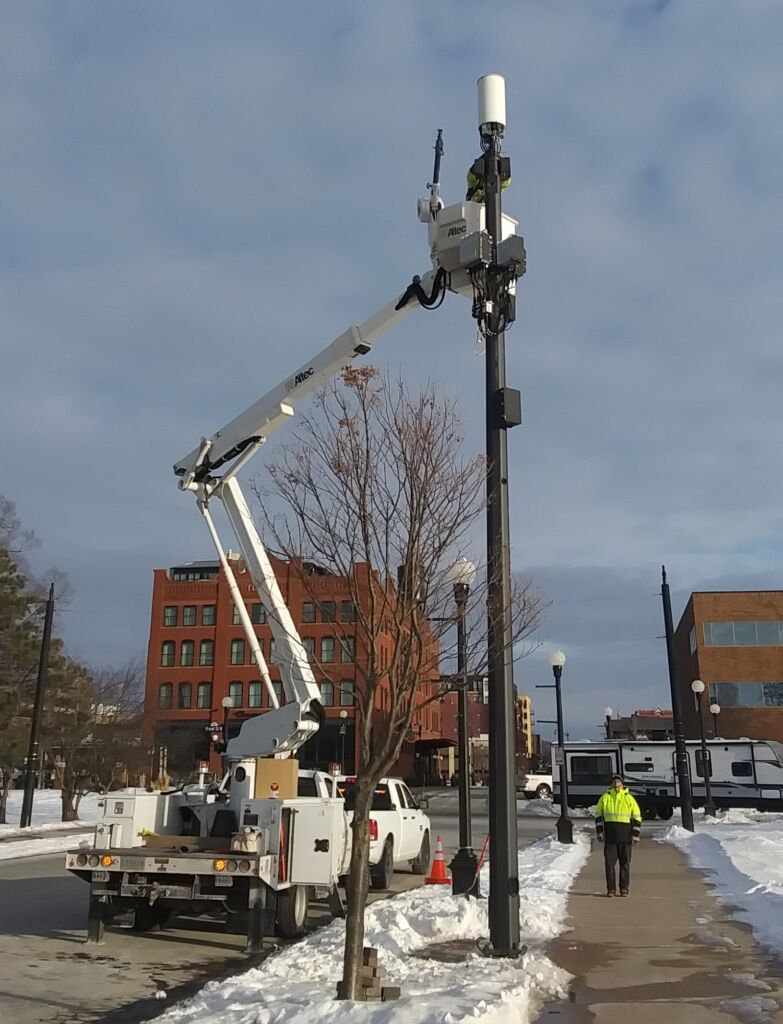 If you were near Riverside Park in La Crosse on Monday, you may have noticed electrical trucks at the park’s entrance.

Those trucks were installing a cellphone tower that was argued about by city leaders last summer.

Verizon Communications decided that the State Street entrance to the park was the ideal place for a transmitter pole, because of the demand for phone service near the riverfront.

Critics tried to block the pole’s installation, fearing that it would distract from the beauty of the park.

After Verizon said it had the legal right to put the pole in that location — on a public street — the La Crosse Board of Public Works approved it in June.

Verizon assured city leaders that the tower would be designed to fit in with street lights in the park.

The city planning office said preserving the beauty of the riverfront wasn’t a strong enough legal argument to keep the tower from going in.