During 10-hour hearing, many speak out against proposed $450 million Enbridge pipeline reroute across Wisconsin 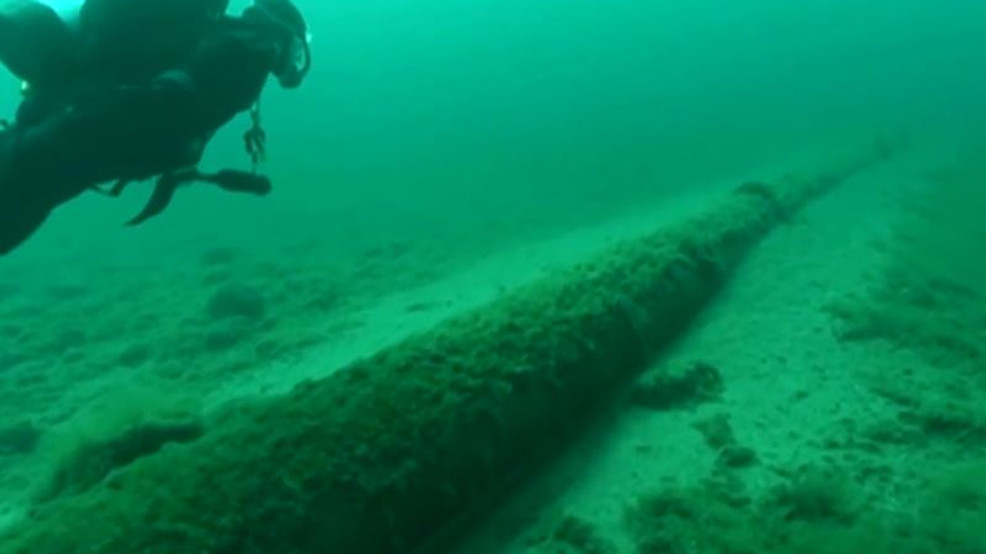 FILE - Line 5 pipeline under the Straits of Mackinac in 2018. (Enbridge)

MADISON, Wis. (AP) — Many of nearly 300 people who attended a 10-hour-long virtual public hearing spoke out against a $450 million plan to reroute an oil and gas pipeline across northern Wisconsin.

The hearing that began Wednesday finally wrapped up early Thursday. Participants addressed a draft environmental review for a 40-mile reroute of Enbridge’s Line 5 in Ashland and Iron counties.

The pipeline carries up to 23 million gallons of oil and natural gas liquids per day and spans 645 miles from Superior to Sarnia, Ontario.

Environmental groups, tribal members, activists and residents from across the state, Midwest and beyond argue the DNR’s draft environmental review is insufficient and doesn’t adequately evaluate impacts along the route that include the risk of spills.

“The draft (environmental impact statement) doesn’t properly recognize how harmful Enbridge’s proposal for a new Line 5 segment would be to Wisconsin’s waters, wetlands or climate,” Jennifer Giegerich, director of government affairs for Wisconsin Conservation Voters, said. “Secondly, this draft EIS fails to recognize the authority of the treaty rights of the tribes of Wisconsin.”

Republican lawmakers, labor unions and the state’s largest business lobby support the project, citing the 700 construction jobs it would generate.

“This pipeline is crucial to ensuring Wisconsinites have access to reliable, affordable energy,” U.S. Rep. Tom Tiffany, of Minocqua, said during the hearing, the Milwaukee Journal Sentinel reported.

Enbridge would need permits from multiple state and federal agencies to move ahead with the project.