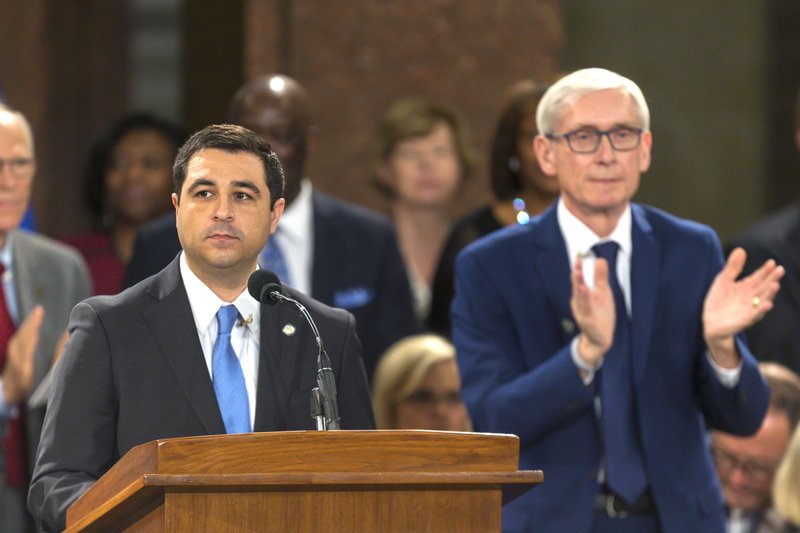 But don’t go spending those refund checks just yet.

Evers’ plan would have to be approved by the Republican-controlled Legislature to take effect. Republican leaders on Wednesday said they want to use the money for a tax cut in 2023 — when they hope there is a Republican governor.

Evers said his plan was about returning taxpayers’ money to them — an argument often used by Republicans to justify cutting taxes.

“This not a reelection thing for me,” Evers said at a news conference in the Capitol surrounded by Democratic lawmakers and members of his Cabinet. “We should be bringing this back to the people, real simple.”

In 2018, then-Gov. Scott Walker and fellow Republicans enacted a child care tax credit plan that sent $100 to families for every child, months before the election. Evers, who was running against Walker at the time, criticized the plan and then-Democratic Assembly Minority Leader Gordon Hintz called it an “election year bribe.”

When asked about it Thursday, Evers said “we weren’t in a pandemic back then and we didn’t have people that were struggling mightily at home, especially with some inflationary costs.”

But Wisconsin Republican Party spokeswoman Anna Kelly accused Evers of being a hypocrite, referencing his signing of tax cuts that the Republican-controlled Legislature included in the past two budgets.

“Tony Evers can’t keep his re-election pitch straight,” she said in a statement. “One minute he’s opposing the Legislature, the next he’s running on their accomplishments, and now, he’s running on policy issues that he opposed during his 2018 campaign.”

Evers announced the plan just hours after Republican Kevin Nicholson got into the Republican primary for governor, posing a threat to former Lt. Gov. Rebecca Kleefisch.