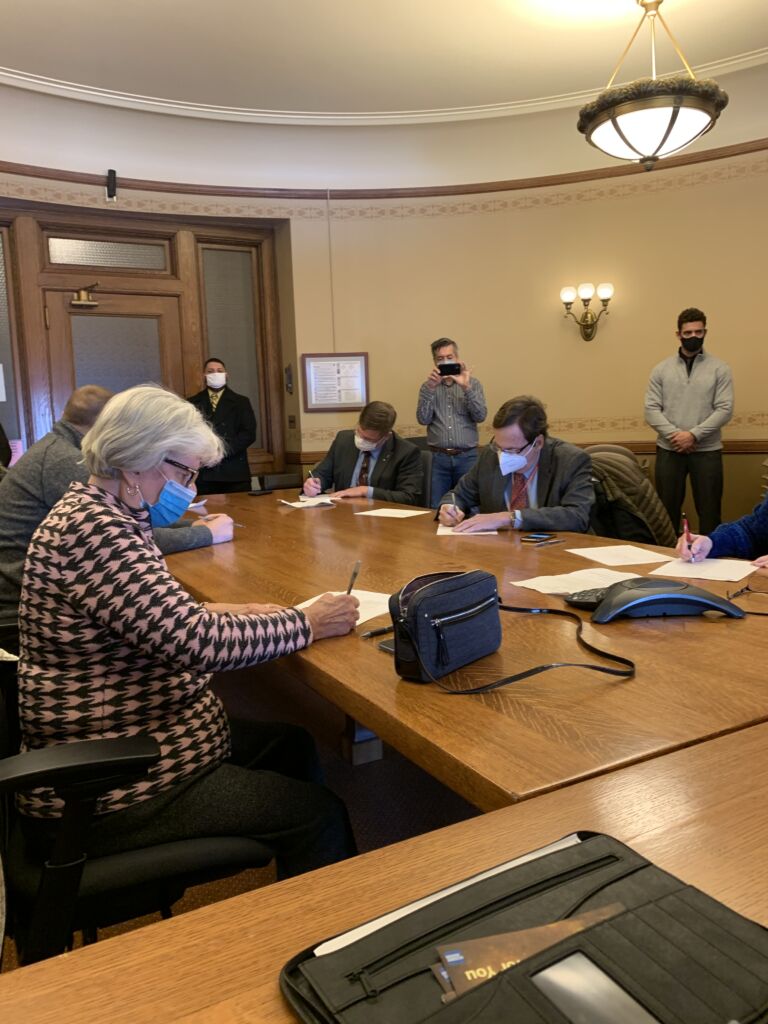 MADISON, Wis. (AP) — A Wisconsin assistant district attorney has said state or federal prosecutors should look into a complaint filed a year ago alleging that Republicans committed fraud when they submitted false paperwork saying former President Donald Trump had won the battleground state.

Wisconsin is one of seven states where Republicans met and filed fake paperwork seeking to cast electoral college votes for Trump. President Joe Biden defeated Trump by nearly 21,000 votes in Wisconsin, an outcome that has withstood recounts, lawsuits and multiple reviews.

One of the 10 Republicans who traveled to Madison to cast false electoral votes was La Crosse County Republican Party chair Bill Feehan.

Jeffrey Mandell, the president of the Law Forward firm created to push back against conservatives, lodged complaints about the Republicans’ action last year with the bipartisan Wisconsin Elections Commission and the Milwaukee County District Attorney’s Office.

The elections commission hasn’t commented publicly on the complaint and Wednesday’s letter is the first response from Milwaukee County prosecutors.

Assistant Milwaukee County District Attorney Matthew Westphal said in the letter that Wisconsin Attorney General Josh Kaul or federal prosecutors were in a better position to investigate. The district attorney’s office has consulted with the state justice department about it, Westphal said.

Mandell said the letter, which was first reported on by the Milwaukee Journal Sentinel, was a “positive step.” He said it was “an indication from a seasoned, respected prosecutor that the actions of the fraudulent electors are likely criminal and should be closely examined by those with legal authority to prosecute all 10 of them.”

Kaul, a Democrat up for reelection this year, indicated that any investigation should be done at the federal level, but didn’t address whether his office would conduct its own review.

“I believe it’s critical that the federal government fully investigates and prosecutes any unlawful actions in furtherance of any seditious conspiracy,” he said in a statement Thursday that he first issued last week.

Republicans in seven states submitted paperwork to the U.S. Senate and National Archives saying Trump had actually won when he had not: Arizona, Georgia, Michigan, Nevada, New Mexico, Pennsylvania and Wisconsin. New Mexico and Pennsylvania Republicans added a caveat saying it was done in case they were later recognized as duly elected, qualified electors.

The Wisconsin Republicans met an hour after the state Supreme Court declared that Biden had won.