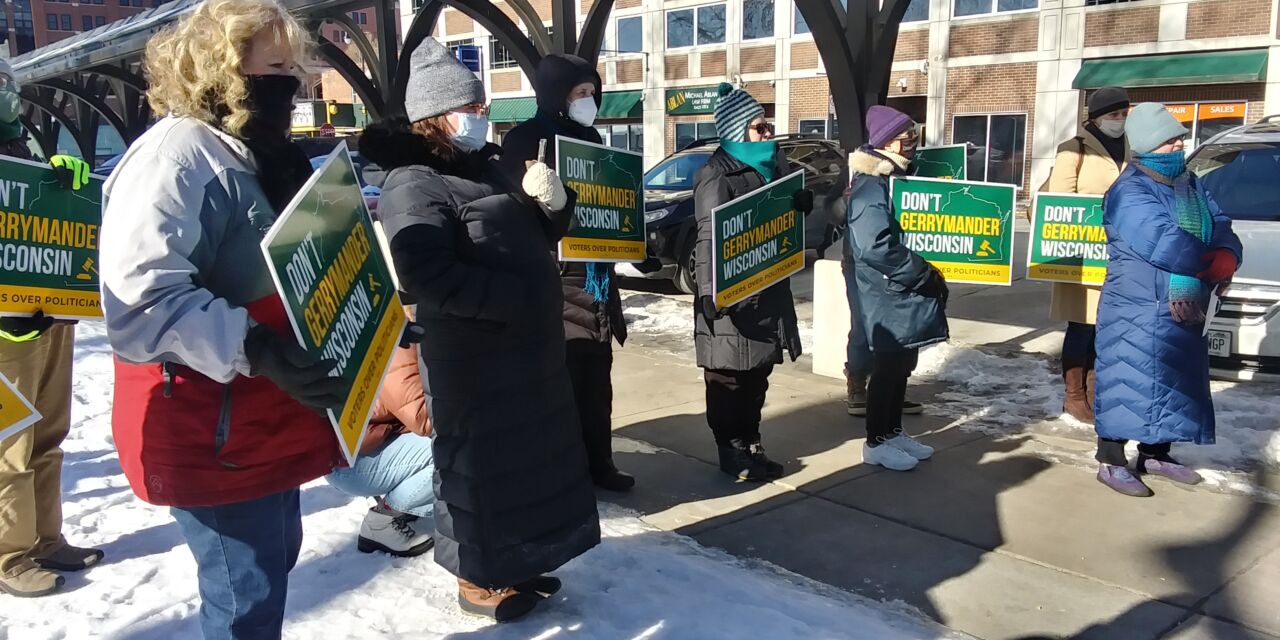 It was meant to be an hour-long rally, but they had only 10 minutes of speeches because of cold weather.

About 25 people gathered at Cameron Park in La Crosse on Friday, to oppose gerrymandering of legislative maps at a “Fair Courts” event.

Assembly Rep. Steve Doyle thanked people at the rally for braving the cold to take a stand.

“The fact that it is so dang cold really says a lot about the intensity of the belief in our state in democracy, and that is a credit to you,” Doyle said.

State Sen. Brad Pfaff and city council member Rebecca Schwartz were also among the speakers at the noon hour event.