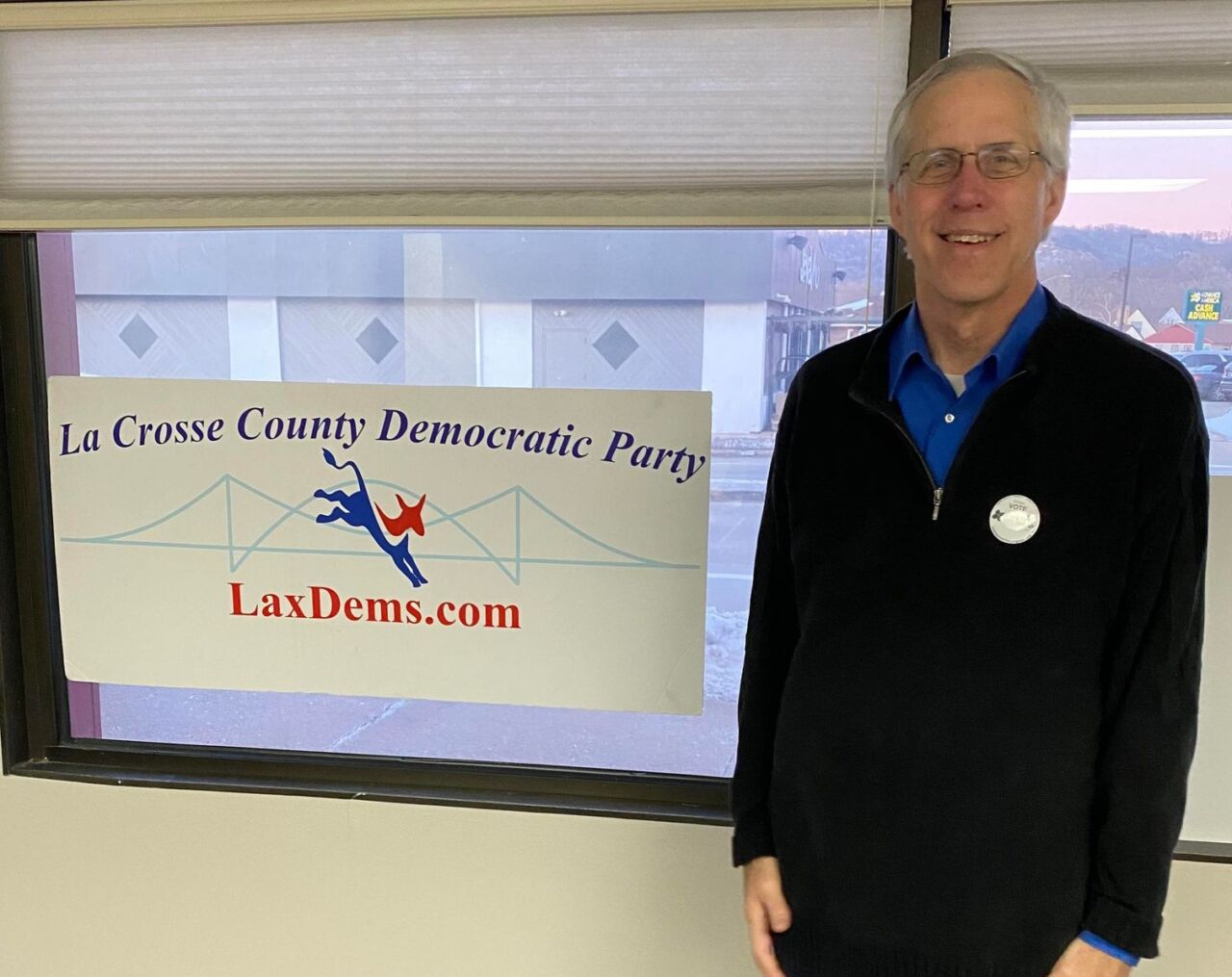 A fifth candidate has entered the race to take the vacant seat that Ron Kind is leaving behind after 26 years in the US House of Representatives.

Dr. Mark Neumann is back, again. The La Crosse city council member ran against Kind back in 2020 and saw a need for someone with his viewpoint to run again.

“I was kind of waiting to see if we were going to get one that was going to speak up strongly for progressive issues,” Neumann said Thursday on La Crosse Talk PM. “Not seeing that by the end of November, it was time for me to say, ‘You know, somebody has to carry that message.’

“We’ve got to get a full spectrum of policy ideas into our campaign, into our Democratic campaign, this primary. And so, my plan is to carry a strong progressive message.”

Neumann called into the show, wrapping up a Day 1 campaign trip that hit every corner of the gigantic 3rd Congressional District that stretches from Stevens Point to Eau Claire through La Crosse and to the bottom corner of the state.

“It’s going to be a nice group of candidates,” Neumann said. “So people are going to have a lot to think about and a lot to learn about. We can have a good conversation about what’s important to us in the future of our governance.”

Neumann’s big push is to get the public thinking about the country’s current healthcare system. The retired pediatric critical care physician at Gundersen Health Systems in La Crosse would like to see a shift to a single-payer system.

“A lot of people don’t like the name “Medicare-for-all — it’s kind of loaded in some people’s appreciation,” Neumann said. “But the problem for us is that our healthcare financing system is very inefficient, very ineffective and, in a lot of cases, it’s cruel.”

Neumann sees a single-payer system as solving a lot of issues people have in, not just getting health care but the whole process of thinking about if they can afford to go get care, to simply go to the doctor for something.

“It’s not that we’re actually running a healthcare system,” Neumann said, explaining a single-payer system. “We are running how we pay for it. So who’s going to carry the checkbook? We have one checkbook. It’s federally funded and that pays the bills.

“We have the same hospitals, the same doctors. We have all the other parts of our healthcare system. We’re just going to pay for it together through one system so that we can make it more efficient and we can control prices, and we can get away from people being suspicious that they needed to get some help but they’re hindered because they’re afraid, ‘How much is this going to cost me?’ That should not be a hindrance to people getting care.”

Neumann also touched on gerrymandering, as his visit to Steven Point on Thursday may not be one he makes in the future, because Republican maps have, again, moved the liberal district to their advantage, experts say.

“Well, you know what, that’s just a good example of what our gerrymandering does,” he said. “It treats us, the voters, like we’re just some football or something that can be kicked around.

“One of the folks up there told me they’re trying to divide their (Portage County), possibly into three different districts. And that’s just insulting to us, the voters — that this gerrymandering just treats us like we don’t really count for anything.”