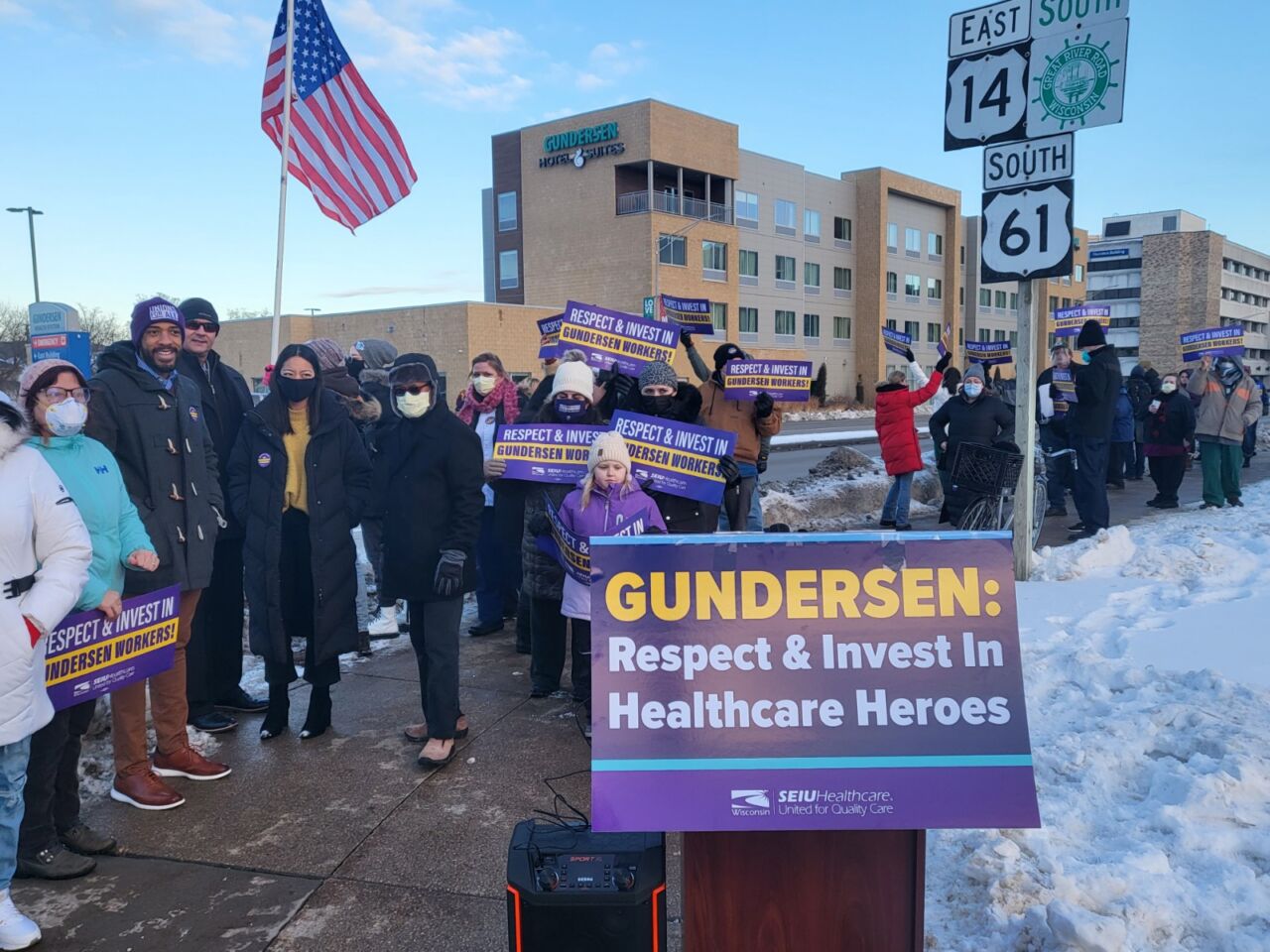 Frontline workers are calling for better wages and benefits, a safer working environment, more help and some respect.

That’s what a crowd of around 50 were rallying for Monday outside Gundersen Health System in La Crosse.

“On top of the stress, we have been subject to a lack of respect and consideration from our management,” Jill King, an environmental assistant and 23-year vet working at Gundersen, said during a speech to the crowd. “They have made promises and broke them. They have made us feel worthless and unappreciated at times. As a result, long-time workers are leaving Gundersen, making us even more understaffed.”

King and Arm Rony, a Certified Nursing Assistant, along with 3rd Congressional candidate, Rebecca Cooke spoke to the crowd, while Wisconsin’s Lt. Gov. Mandela Barnes listened and spoke with workers after the speeches.

King got the biggest reaction from the crowd, describing a way, she said, Gundersen workers had been shown how to cope.

“In just the latest example of disrespect, management sent all of the employees coloring pencils, coloring sheets and instructions to make Play-Doh,” King said. “They said this would help us all relax. So, let me ask everyone here, did it make your relax?

The crowd scream different versions of “No!,” and King agreed, saying, “Me either.”

“I have news for the out-of-touch executives who came up with this idea: Treating us like 3-year-olds doesn’t lower our blood pressure. It makes it boil,” King concluded.

Cooke spoke of the hardships healthcare workers at all levels have endured and how they’ve always been essential and heroes, even before the pandemic.

“And I ask Gundersen healthcare executives, is this how you honor a hero, by undercutting wages and refusing to meet needs addressed at the bargaining table?” Cooke asked, drawing comparisons to the ideals of Martin Luther King, Jr., on his holiday.

Rony told WIZM they’re doing twice the work with half the staff and the way for Gundersen to help make up for those hardships is pretty simple.

“Better wages, better benefits, those are no-brainers,” he said. “The whole pandemic (put) a big hole in our staffing. And we are short staffed. So we are looking for better wages and a safe (working) environment.”