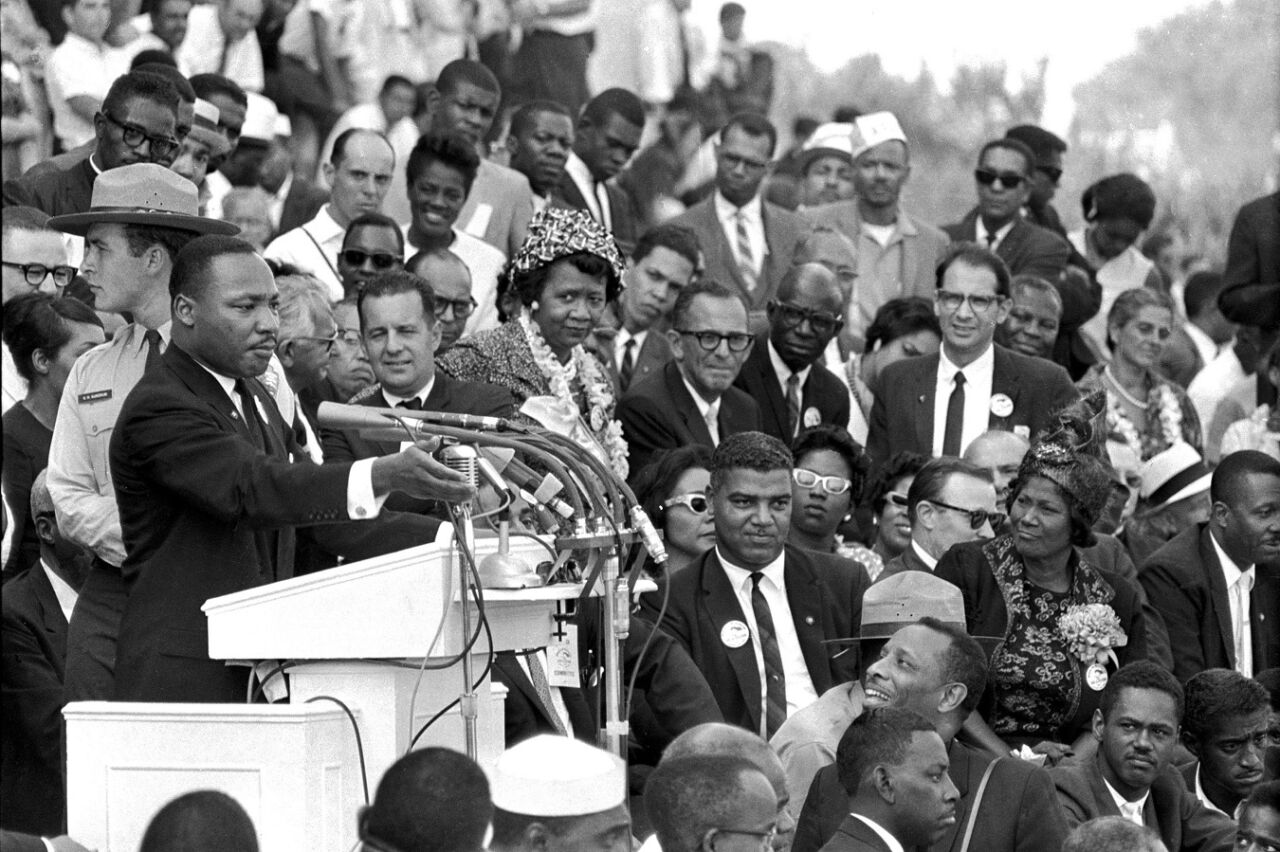 FILE - In this Aug. 28, 1963 file photo, the Rev. Dr. Martin Luther King Jr., head of the Southern Christian Leadership Conference, speaks to thousands during his "I Have a Dream" speech in front of the Lincoln Memorial for the March on Washington for Jobs and Freedom, in Washington. A new documentary “MLK/FBI,” shows how FBI director J. Edgar Hoover used the full force of his federal law enforcement agency to attack King and his progressive, nonviolent cause. That included wiretaps, blackmail and informers, trying to find dirt on King. (AP Photo/File)

He’s a hero to just about everybody now.

A community celebration Monday night in honor of Dr. Martin Luther King, Jr. — a man who is universally respected now but that was not the case at all during his time.

“We tend to look at him, especially with the holiday, as just this sort of this saintly do-gooder,” Viterbo history professor, Dr. Eric Weinberg, said Wednesday on La Crosse Talk PM. “But, if you look back at the history, he was somebody who stood up to the face of quite a bit of backlash and quite a bit of risk in front of him on a constant basis.”

Weinberg noted that King had just a 25% approval rating back in his day. And the changes he sought were, at the time, not well thought of.

“He saw radical change as the means to social change,” Weinberg said. “He believed in non-violent change and he believed in change that included everyone but it was nonetheless pretty radical.

“He didn’t believe in slow change. Those sorts of things made him radical, made him revolutionary but also made him a very problematic figure within the broader American society.”

Viterbo is, once again, hosting the MLK Day celebration, featuring a keynote address and Q&A by environmental epidemiologist, clinician and author, Dr. Sylvia Hood Washington. She has over 30 years of research experience addressing the impact of industrial pollution on human health.

“(King) can speak to us today in many ways so this celebration is a time for people who are involved in furthering his legacy of trying to create this better world, to sort of step back and celebrate was has been done over the previous year, reflect what the future holds.