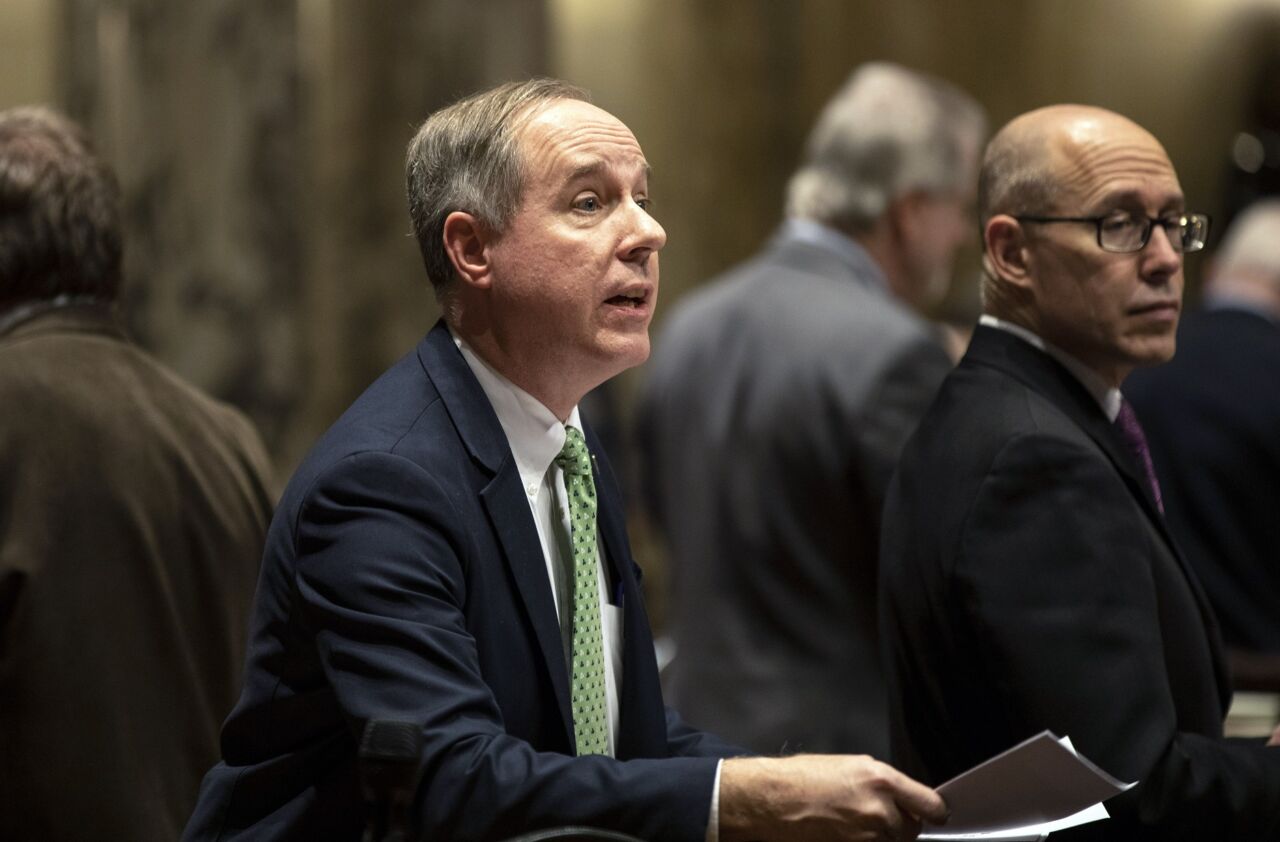 FILE - In this Tuesday, Jan. 22, 2019 file photo, Wisconsin Assembly Speaker Robin Vos talks with fellow Assembly members before the Wisconsin Governor addressed a joint session of the Legislature for the State of the State speech at the state Capitol, in Madison, Wis. (AP Photo/Andy Manis, File)

MADISON, Wis. (AP) — The Wisconsin Supreme Court has denied a request from Assembly Speaker Robin Vos to block a Dane County judge’s order directing him to sit for a deposition with attorneys for a liberal watchdog group seeking records related to the GOP-ordered investigation into the 2020 election.

The depositions were ordered last week by Circuit Judge Valerie Bailey-Rihn, who expressed confusion over how so few documents were produced from the first three months of former state Supreme Court Justice Michael Gableman’s ongoing probe. Bailey-Rihn ordered the Rochester Republican to sit for depositions Wednesday.

The state’s high court issued a 4-3 decision Tuesday after Bailey-Rihn denied an attempt by Vos and his staff attorney, Steve Fawcett, to delay the depositions.

The ruling comes in a case brought by watchdog group American Oversight over records it is seeking related to the investigation Vos ordered into the 2020 presidential election.

Vos last year hired former Wisconsin Supreme Court Justice Michael Gableman to lead the investigation at a cost of $676,000 in taxpayer money. The investigation is ongoing.

Bailey-Rihn previously ruled that the depositions can relate only to the documents that American Oversight requested and what searches were done to locate those documents.