Only citizens could vote in Wisconsin under amendment 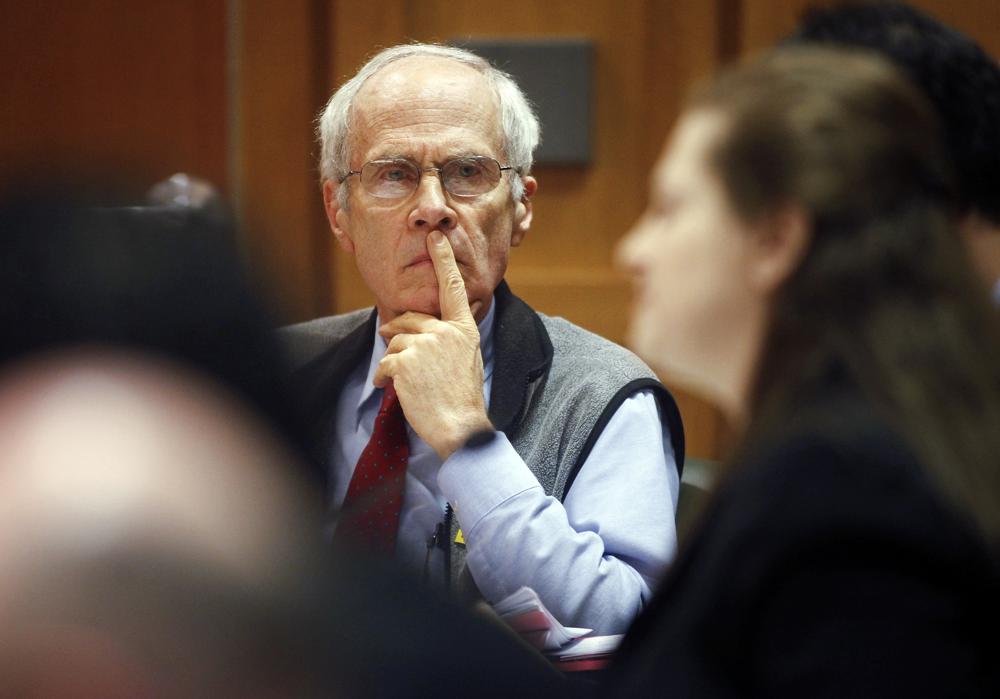 FILE - Wisconsin Secretary of State Doug La Follette listens to Assistant Attorney General Maria Lazar make her opening arguments at a hearing in front of Dane County Circuit Judge Maryann Sumi at the Dane County Courthouse in Madison, Wis., March 29, 2011. Longtime secretary of state, Democrat La Follette, says he is preparing to run for reelection to the office he was first elected to in 1974 and that he's held since 1983. (AP Photo/Michael P. King, Pool File)

MADISON, Wis. (AP) — Wisconsin’s longtime secretary of state, Democrat Doug La Follette, said Tuesday he is preparing to run for reelection to the office he was first elected to in 1974 and that he has held since 1983.

The 81-year-old La Follette told The Associated Press that he was motivated to keep the largely powerless office in Democratic control to prevent the GOP-controlled Legislature from transferring powers to run elections to the secretary of state if a Republican would win.

Republican Rep. Amy Loudenbeck is running for secretary of state and wants to empower the office to serve as a check on the bipartisan Wisconsin Elections Commission, which oversees elections.

“I think it’s important to keep this office with a Democrat,” La Follette said. “I think, quite candidly, I’m the best Democrat to do that. I’ve been elected several times.”

La Follette said he hoped his intending to run again would stop any other Democrat from challenging him.

“Primaries always a nuisance because you need to focus on the November election and you don’t want to take energy out to get into discussions with a primary candidate,” he said.

The primary is Aug. 9 and the general election is on Nov. 8.

La Follette was first elected secretary of state in 1974 and served one term before he stepped down in 1978 to run for lieutenant governor. Vel Phillips, the first Black candidate elected to statewide office in Wisconsin, was elected secretary of state following La Follette’s departure. Last year, a state board approved erecting a statue of Phillips outside the state Capitol to recognize her many accomplishments.

La Follette defeated Phillips in the 1982 Democratic primary for secretary of state and won election that year. He has won reelection nine times since.

La Follette said he would make a final decision on running in late February or early March.

“The only real impediment, because I’ve got plenty of energy, is trying to collect 3,000 names in the middle of a raging pandemic,” he said in reference to circulating nomination petitions. “By April, lets hope things are better but we don’t know.”

The secretary of state’s office is in charge of processing annual requests to authenticate documents required for trade, travel, adoptions and education. In 2013, the Legislature stripped the secretary of his power to publish bills after La Follette lagged in publishing then-Republican Gov. Scott Walker’s signature collective bargaining law in 2011.

The secretary of state has not been in charge of running elections in Wisconsin since 1974. Since then, the Legislature has gradually reduced the office’s powers, budget and staff to the point where it has few duties and there have been Republican-backed pushes to eliminate or weaken it even further.

Doing away with the office would require voter approval to amend the state constitution. Giving the office more duties related to elections would require legal changes approved by the Republican-controlled Legislature and governor.

Gov. Tony Evers, who is also up for reelection this year, opposes giving the secretary of state new election-related duties.