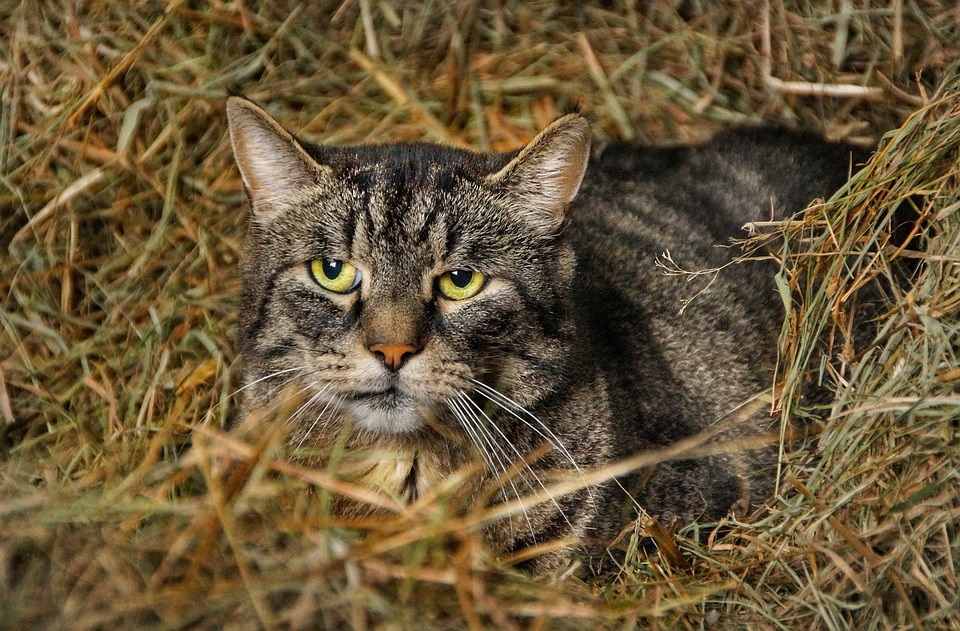 Pete Marra has seen it over and over — cities around the country believing that “fixing” feral cats and releasing them back into the “wild” — the city — is the best way to decrease the cat population.

“Horrible idea,” the Georgetown University biology professor said when asked on La Crosse Talk PM what he thought of legislation going before the city council to do just that Thursday. “Yeah, horrible idea.”

Marra has studied the effects that cats have on the environment, especially the impact on killing off bird populations.

What feral cats do to wildlife, though, is not really the angle the city council is looking at but it may be the most important one — for the sake of the city’s wildlife and the cats themselves.

Marra is the former director of the Migratory Bird Center at the Smithsonian Institution and also wrote a book on this very subject called, “Cat Wars: The Devastating Consequences of a Cuddly Killer.”

The “horrible idea” that La Crosse is looking to do is implement what’s called TNR — trap, neuter, release. The city would allow the Coulee Region Humane Society (CRHS) to catch feral cats, spay/neuter and vaccinate them for rabies, then release them back to where they were caught, clipping an ear to mark they’ve gone through the process. Right now, the CRHS euthanizes feral cats — about 35 a year in the city. It does not euthanize cats that are adoptable.

Marra has a lot of issues with the thought process behind this idea — like feral cats being territorial or that fixing them will decrease their urge to hunt or that releasing them back to the wild is even good for the cat — let alone the rest of the wildlife. None of these things are true, he says.

And, just think, would we want dogs that bite and scratch people released back into the wild?

So, let’s just look at the wellbeing of the feral cat — the one that the Humane Society would release back into the wild and not keep for adoption.

“Putting cats outside in zero-degree weather — and then if you get some snow — I don’t see how that’s animal welfare,” Marra said. “I don’t see how that’s humane. Cats did not evolve in that situation. It’s not a bobcat. It is in no way a healthy situation for an animal to be exposed to. That, to me, is animal cruelty.

“It’s not saving the cats,” Marra added. “You’re putting cats out into an environment that they didn’t naturally evolve into and they have half a life span than they do in captivity. And once they’re out there, they die a horrible death.”

“Euthanasia is probably the most humane thing that can happen to those animals but people don’t have the guts to say it, frankly,” Marra said, discussing how a cat in the wild lives a horrible life. A life that nobody would wish upon a dog.

While cats do a lot of damage to native species in La Crosse. Wildlife here is also killing cats, as well as a lot of other things.

“Oh fox definitely wins, and coyotes win, too,” Marra said, if a cat squared off with some of La Crosse’s wildlife. “Coyotes love cats, and not as pets. They kill cats and eat cats. And cars are the No. 1 way those outdoor cats die, but also cold temperatures.

With TNR, part of the thought is that if you remove a feral cat — euthanize it — another simply moves into that area, replacing the cat. So, by fixing it and putting it back where it was caught, another cat won’t move in.

“That’s just a complete fallacy,” Marra said. “That’s just not true. … I always point out to folks, because I’ve heard this multiple times, there are a lot of cats out there, but there isn’t an infinite number of cats.”

It’s just one of the issues Marra has with this notion.

“So the whole idea of trap-neuter-return is that by trapping, neutering and putting them back out, over time the population goes extinct,” he said. “Because ultimately, you’ll cause the population to go, what’s called, ‘a natural extinction process of that local population.’ If the case was that there is always a cat there to replace the cat that’s removed, then trap-neuter-return would never work, at all.”

In regards to one feral cat replacing the other — because of territory — Marra explained how that’s simply not the case, either.

“There’s lots of evidence to suggest the cats aren’t even territorial,” he said. “That’s why, when you put out these feeding stations, you have 10-15 cats that will be feeding around a few bowls, and then they’ll lounge around and disperse at different amounts, and come back for feeding again.

“So, this whole territorial idea that cats will just be replaced; the only reason they’re being replaced is because we’ve done a horrible job with enforcing pet abandonment rules, or allowing these trap-neuter-return colonies to continue or allowing people to just not take care of their cats when they own them and then allow them to roam and disperse. Those are where the cats are coming from. It’s not just that there’s this never-ending supply of cats.”

Marra said this all kind of started when he moved to D.C. with his cat Tookus and began studying urban ecology. That led to looking at that ecosystem with a focus on birds, which led to, of course, cats.

“So we began studying the impacts of these cats in these neighborhood settings,” Marra said, “and we started to show that cat predation actually had really high impacts on the ability for birds to reproduce and maintain their population.”

That led to a study published around 2013, he said.

Along those lines, people that have cats or are feeding feral cats outside, will often notice when that furry friend brings their human a treat — perhaps a bird or a mouse — leaving it on the doorstep. Marra says for every one of those you find, the cat has killed two others.

Marra also talked about the diseases feral cats pick up, which isn’t good for the cat — if the idea is we’re looking out for this cat’s welfare — and it’s not good on the rest of the environment, including around people’s homes.

Also, he said there’s no evidence that fixing a cat makes them hunt less — unless you’re simply talking about a pregnant cat needing to hunt more to feed kittens. The spay/neuter process does not inhibit a cats natural instinct to kill.

The rabies vaccination a cat receives appears to be a one-time thing. But, for anyone with a pet, do you ever vaccinate them once for rabies and that’s it? He also discussed some history as to how we got here, and began that with dogs in the wild.

The general idea here, though, is whether TNR is good or “horrible.”

So, what is the solution, if it’s not TNR? Marra admits, it’s not simple, but there are some rules that could be imposed, if the city wants to address, what it’s calling a huge cat problem.

One, is requiring that all cat owners spay/neuter their pets. La Crosse does not and it is not part of this legislation.

Another would be to not let cats outside, especially if there are no rules to “fixing” them.

“People that own cats, whether it’s on a farm or anywhere else, should not be letting cats outside,” Marra said.

And to simply inform people about pet responsibility and stop pet abandonment. Multiple people have discussed on La Crosse Talk PM how they have seen animals — dogs and cats — simply dropped off in different parts of the area.