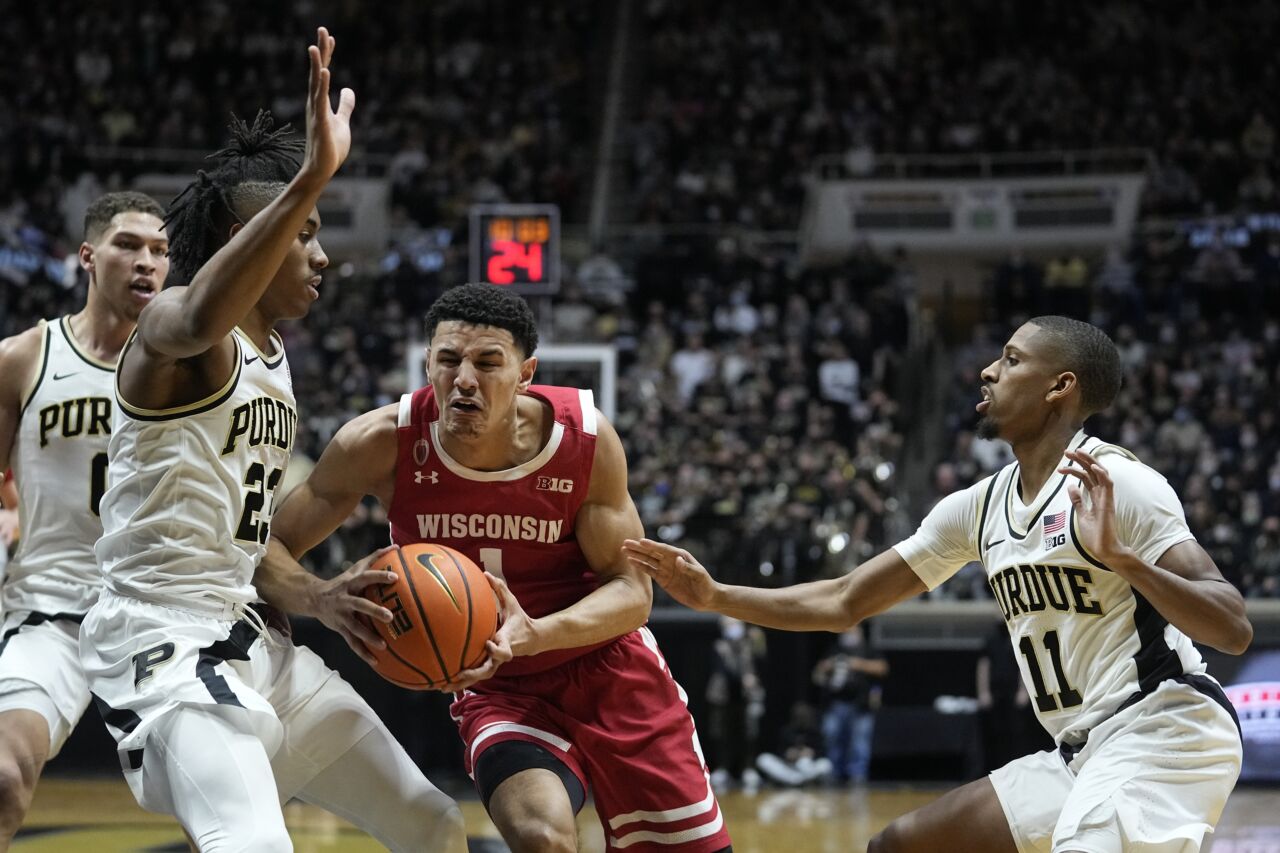 FILE - Wisconsin's Johnny Davis (1) goes to the basket against Purdue's Jaden Ivey (23) and Isaiah Thompson (11) during the first half of an NCAA basketball game, Monday, Jan. 3, 2022, in West Lafayette, Ind. (AP Photo/Darron Cummings)

Mayor Mitch Reynolds joined La Crosse Talk PM on Monday to discuss a slew of topics in the monthly appearance.

Reynolds joins the Monday before the full city council meets on Thursdays.

A good portion of the show discussed the La Crosse city-county effort to help the unsheltered in the community, after a plan to buy the Chamber of Commerce building fell through. The La Crosse County Board also discussed that topic at its monthly meeting on Monday.

Another part of Monday’s discussion with Reynolds was more on cats, as the council will vote to save the city’s feral cat population — more on that here with the Coulee Region Humane Society’s executive director.

The show kicked off, though, talking about La Crosse native Johnny Davis’ ascension on the University of Wisconsin men’s basketball team — he scored 37 points against No. 3 Purdue last week — and a bit on how the city handles un-shoveled sidewalks.