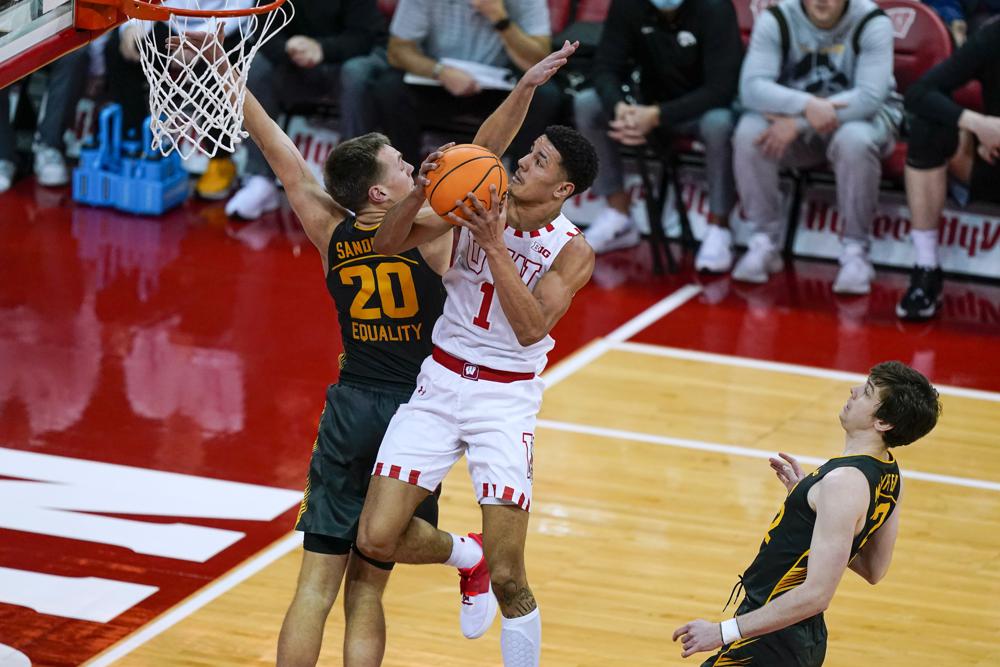 Coming off the best game of his young career, Johnny Davis led the 23rd-ranked University of Wisconsin men’s basketball team to another win Thursday.

In a matchup of two of college basketball’s top scorers, Davis and Iowa’s Keegan Murray played, virtually, two a draw, but the Badgers came away with the 87-78 win at the Kohl Center.

Davis scored 26, going 10 of 18 from the field and 3-for-7 from beyond the arc. The La Crosse native added nine rebounds, five assists — tied for the most in his career — in 35 minutes.

Davis came in ranked third in the nation in scoring, after he had a career-high 37 points against No. 3 Purdue earlier this week.. Murray was first, and still is, after scoring 27 on 10-of-16 shooting for the Hawkeyes (11-4, 1-3), who had their four-game win streak snapped.

“I don’t really care about that right now,” Davis said. “He’s averaging more than me, but they lost.”

Davis led Wisconsin (12-2, 3-1) midway through the first half scoring seven during a Badgers’ 12-0 run. Iowa answered with an 8-0 run of its own, but it didn’t last long. Wisconsin pushed the lead back to double digits and never looked back.

Davis has scored 20 or more in his last six, where he’s averaged 25.8 points. He’s scored over 15 points every game this season. He did that once last season.

The Badgers are back in action Thursday in a rematch with 13th-ranked Ohio State, who destroyed UW 73-55 a month ago.