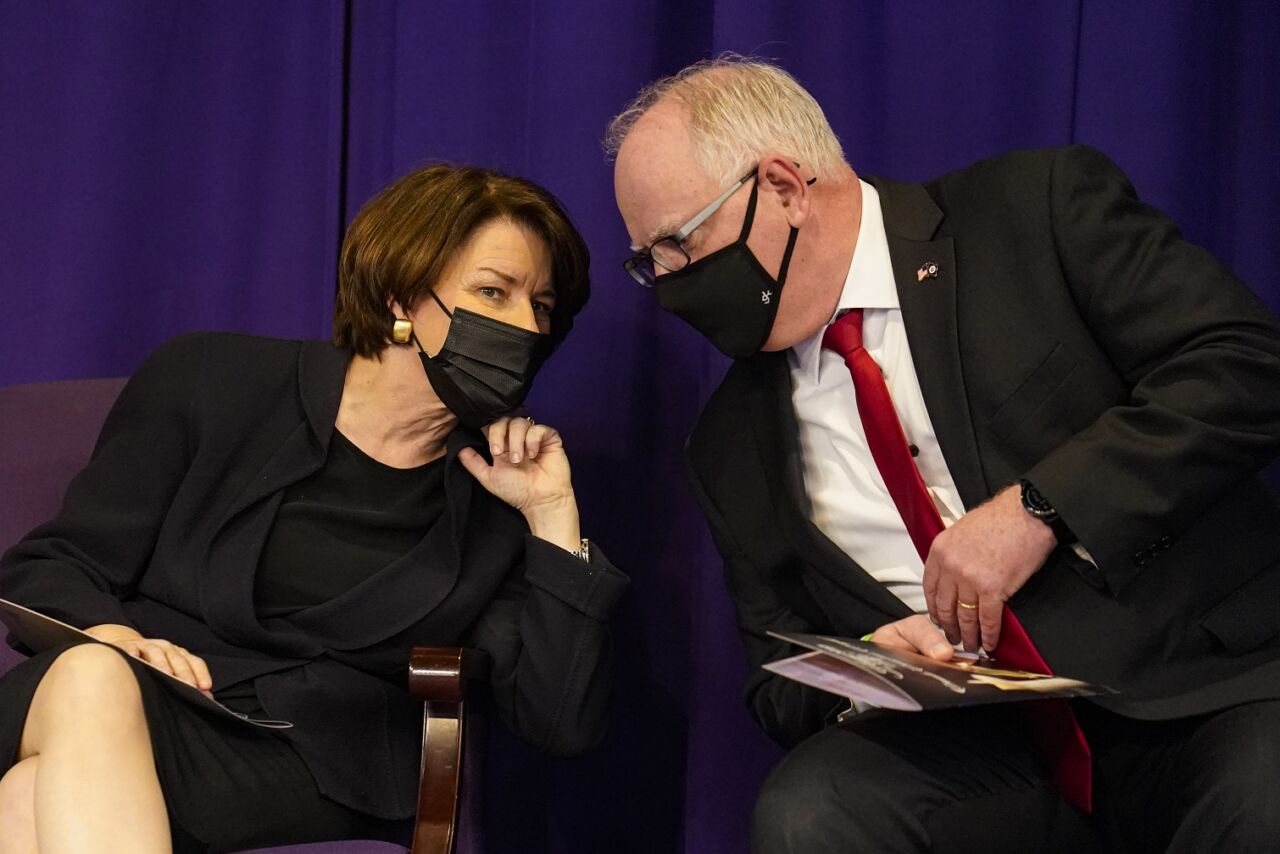 Minnesota is coming off its deadliest month of the pandemic for 2021, with 874 deaths reported in December, according to updated figures posted Tuesday. The state’s seven-day test positivity rate was 12% as of Dec. 27, the highest of the year. The state has now recorded 1,045,170 total cases and 10,600 deaths since March 2020.

The surge in omicron cases is only going to accelerate in the coming weeks, Walz said during a visit to a Volunteers of America long-term care facility in Maplewood, a suburb of St. Paul. He was there paying tribute to National Guard members who’ve been sent there and to similar centers across Minnesota to relieve staffers who were already struggling due to the state’s prolonged wave of delta variant cases.

“Our health care workers have just been through something that’s almost unimaginable, this sustained amount of pressure for two years now,” Health Commissioner Jan Malcolm said. “And it’s frankly no wonder that they’re tired, and really, in many ways without exaggerating, at the breaking point.”

The National Guard and Minnesota Department of Health will open new community testing sites in Anoka, Cottage Grove and North Branch. The North Branch site will open Monday. Details of the other sites will be announced in the coming days.

The governor’s office also said the state has secured an additional 1.8 million at-home rapid tests for Minnesota schools, on top of the initial 1 million announced last month. The state will also distribute 150,000 at-home rapid test kits in cooperation with local public and tribal health agencies, food banks and other partners.

“We come into this with more capacity to adjust and to flex than most states, but in all candor, I think things are going to be tight for a few weeks,” Malcolm said.

While experts have said the omicron variant is less likely to result in serious illness than other variants, Walz said modeling he’s seen indicates the pressure on hospital capacity could soon approach the levels seen in November, when many hospitals and intensive care units were full or very nearly so.

“We need all Minnesotans to be vaccinated, and boosted, to test, to stay home when they’re sick, and to wear masks indoors, and to just be mindful of how very easily this is transmitted and do what we can to minimize that,” Malcolm said.

Meanwhile, Mayo Clinic announced Tuesday that about 700 workers would lose their jobs for choosing not to comply with a vaccine mandate. The Rochester-based health system said nearly 99% of staff across all locations either got vaccinated or were given a medical or religious exemption.