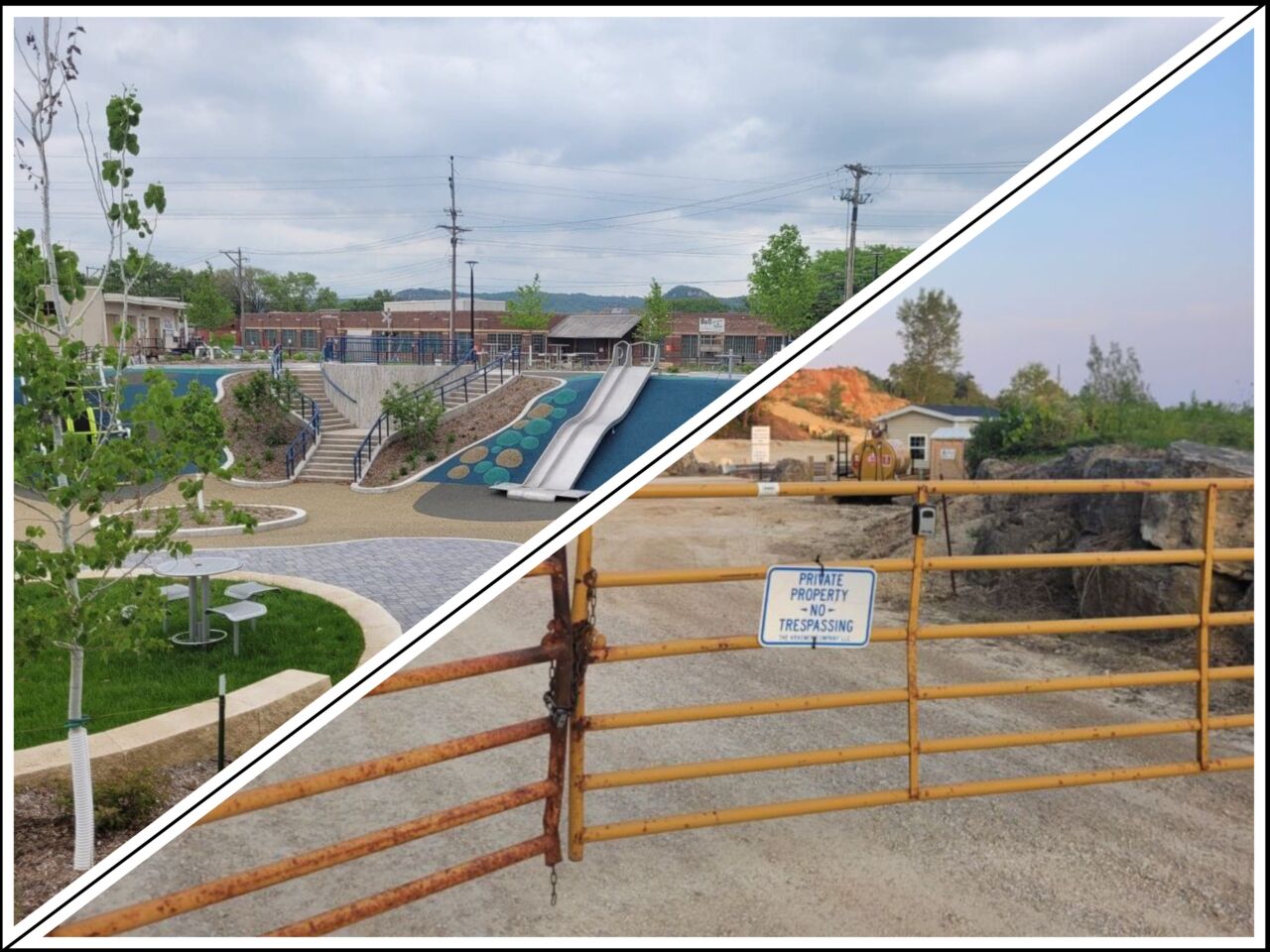 In WIZM’s final story reviewing 2021, we take a look at the most popular local articles from the year.

In looking at the most clicked stories, “bad” news dominated readers’ attention. So we grabbed the Top 5 of those local stories and also the Top 5 “good” news highlights from 2021.

Here’s a look at the brighter side of news over the past year:

1. La Crosse community should be impressed with Trane All-Abilities Park

It was a story omitted from our review of La Crosse projects, but is definitely one of the biggest accomplishments by the community this year — opening the Trane All-Abilities Park. If you haven’t seen it, yet, it is worth checking out.

A couple of stories from the Biden visit came in No. 2 here, including simply the itinerary for Biden’s visit. Also in anticipation to his visit, we did wonder what route the president would take, as he came to promote an infrastructure deal.

3. The Blue Angels in town, as Deke Slayton Airfest returns

Third on the list was the Blue Angels first landing in La Crosse, as the Deke Slayton Airfest announced it was returning after a seven-year absence.

About 4,000 showed up on that hot June day to watch the Blue Angels out on French Island. Sadly, the Airfest probably won’t be back for years — but this is supposed to be the good news portion of the review.

No. 4 on the list were the election results, including Mitch Reynolds edging Vicki Markussen in the mayoral race. It also confirmed the La Crosse’s first-ever female majority city council, and how babies often made their way into council meetings in 2021.

The last one on the list is fairly simple but much anticipated for anyone that’s lived here for a long time. No more driving to Rochester, Minn., to get it, Chipotle finally opened up in Onalaska back in mid-June.

Here’s a look at the Top 5 stories, one might consider bad news:

Top on the list in this category was also covered in the WIZM review of crime stories, with news of three bodies found dead at a quarry entrance just north of West Salem.

A week later, authorities had arrested two suspects. They have yet to go to trial and are due back in court in March. A $1 million bond was set for the two.

The second most popular local story came in late August, when the missing Arcadia fire chief’s body was found in his truck in Hayward, Wis. There does not seem to be any reports as to his cause of death but, at the time, foul play was not suspected.

No. 3 on the list is an unresolved situation. Back in early November, UW-La Crosse alerted students a woman was pulled off the street at bar time, downtown, by five men. They took her to a parking garage on campus and sexually assaulted her.

Three weeks later, students marched on campus against sexual assault, while authorities have yet to give out any information on the matter, despite multiple requests.

For the fourth story, we remain at UW-L, where a student committed suicide back in March. Seven months later, the university started a mental health campaign in the wake of another campus suicide.

Rounding out the list was the removal of a pastor in town, after strange remarks about vaccines and politics. Embedded in that story were petitions to have him removed, while another group raised hundreds of thousands of dollars for, not the church, but the pastor’s lawyers.

It all, perhaps, stemmed from a produced YouTube video set to Ludwig van Beethoven’s Symphony No. 7.