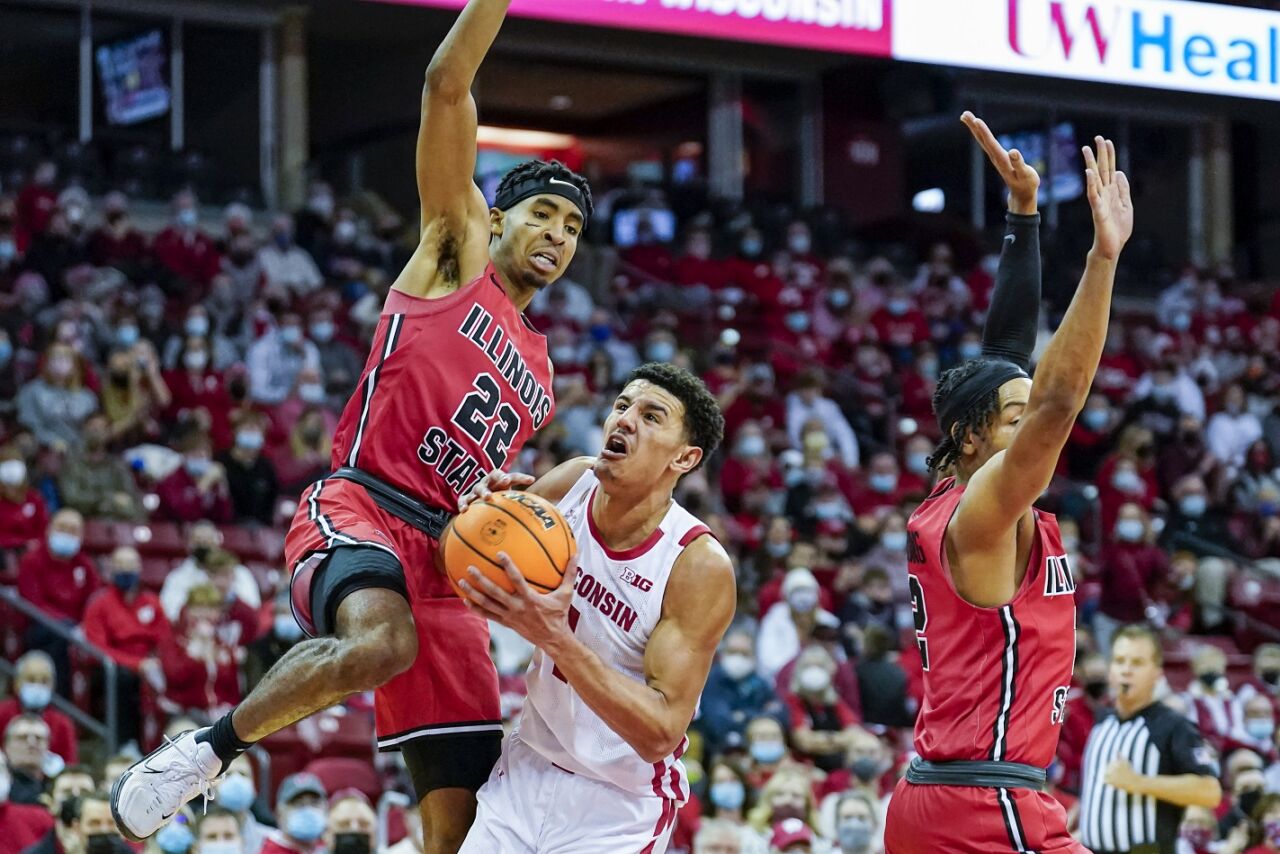 A three-week break may have showed up in the field-goal percentage, but not anywhere else for Johnny Davis.

The La Crosse native managed another 20-point effort but it took a 6-for-23 shooting night to get there, as the University of Wisconsin men’s basketball team held on to an 89-85 win over Illinois State.

The 24th-ranked Badgers (10-2) had to cancel a game last week due to COVID-19 within the team, and Davis missed the week before that because of a non-COVID-related illness.

This was the fourth-consecutive game Davis scored 20 points or more — and seventh of the last eight — as the Badgers got some scoring production out of someone that doesn’t have “Davis” in their name.

Brad Davison finished 1-for-9 from the field, scoring seven points, but Steven Crowl and Tyler Wahl came up with career-highs in scoring with 21 and 18, respectively, for Wisconsin.

It’s just the third time this season Davis, who has scored 15 or more in every game this season, didn’t lead the team in scoring and first time that neither Davis nor Davison led the team.

The Badgers, who get No. 3 Purdue (12-1) on Monday, weren’t at full strength. Right before the game, they announced five players would be unavailable, including Lorne Bowman II and Jahcobi Neath, who are the first two off the bench.

Johnny Davis’ twin brother, Jordan Davis, played a career-high 28 minutes but didn’t take a shot or record a statistic. He did commit two fouls.The most minutes he’s ever played before that were 16 in the loss to Ohio State on Dec. 11.

UW jumped out to a 29-9 lead to start the game. Both teams had 11-0, first-half runs. The Badgers went into the locker room up 46-36 and came out with a 19-9 run to start the second, before things nearly fell apart.