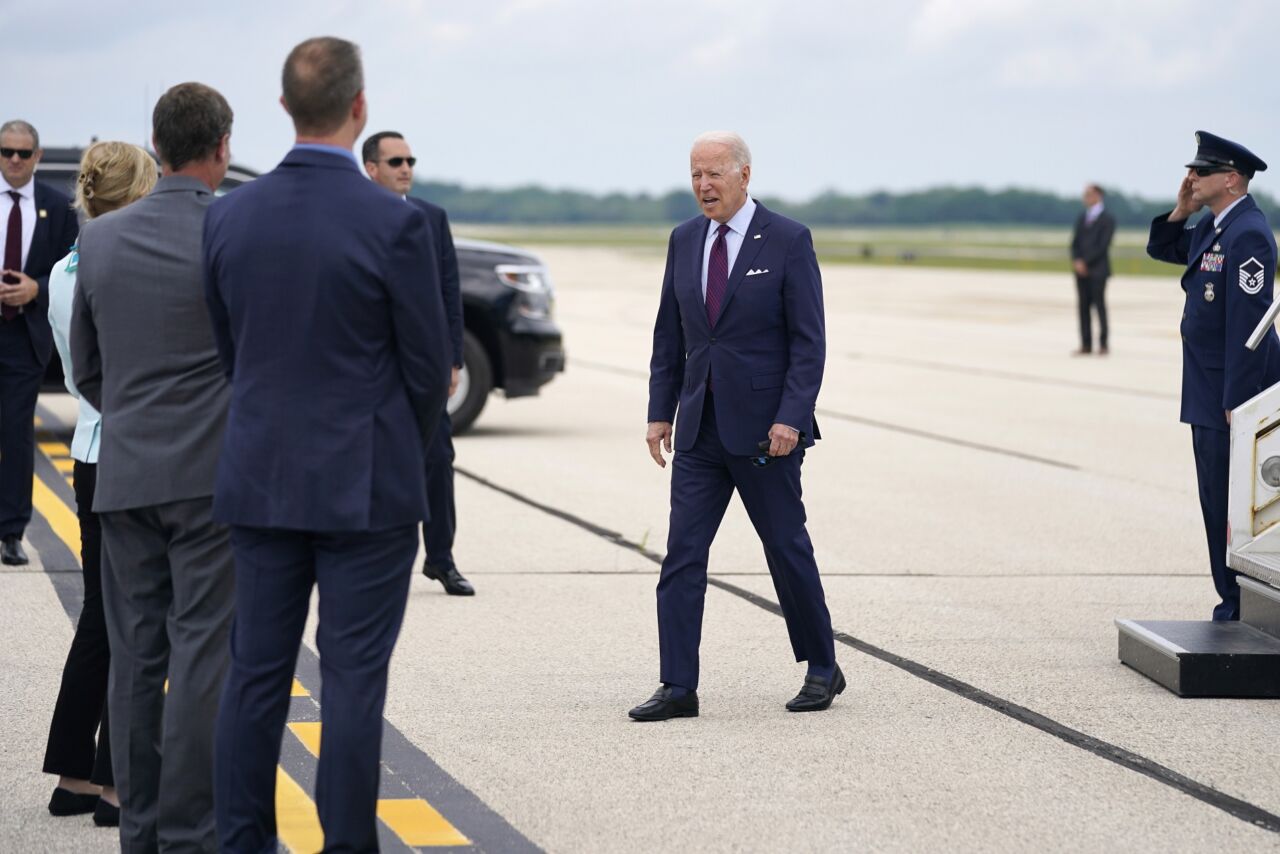 The election of a new mayor, a Congressman’s retirement, and a quick presidential visit were high points of politics in La Crosse during 2021.

Both were familiar to voters, having worked for years in local broadcasting. Markussen had been a reporter for WXOW-TV in the 1990s.

In the April balloting, Reynolds was elected mayor by a margin of 205 votes. He was sworn in April 20.

The makeup of the city council changed, too, with six new council members taking office.

The La Crosse council had a female majority for the first time in city history with seven women and six men in office. For most of the year, city meetings were conducted online or at the southside neighborhood center, because City Hall was undergoing remodeling.

The 3rd District Congressional race will be closely watched in next fall’s election — mainly because 13-term incumbent, Democrat Ron Kind decided to retire.

Kind made the announcement in August, outside the old Roosevelt School in La Crosse, saying he was “out of gas” after 25 years of regular commuting between Wisconsin and Washington.

Meanwhile, a number of Democrats have entered the race for Congress, including State Sen. Brad Pfaff, who served on Kind’s House staff, as well as and Army veteran Deb McGrath — the daughter of 1970s Congressman Al Baldus.

And the new 3rd District map has not been approved yet, with some proposals aimed at making the district more friendly to the GOP, including the elimination of Stevens Point from the voting area.

For the second consecutive year, La Crosse County hosted a presidential visit in 2021, and it was a different president than the last time, when Donald Trump campaigned at the West Salem speedway in October 2020.

President Joe Biden took a day trip to La Crosse in late June, to speak at the city bus barn about infrastructure, buses, and trains — and federal COVID-19 relief checks to families.

Supporters and protesters lined the streets leading to the MTU site.

Biden was accused of ignoring farmers with his trip, because he had originally scheduled a visit to a southern Wisconsin farm before settling on La Crosse, to promote the bipartisan infrastructure deal that had nearly collapsed days earlier.

The local visit also made news because of the president’s stop at a popular downtown ice cream shop, the Pearl, accompanied by Kind, Gov. Tony Evers and U.S. Sen. Tammy Baldwin.