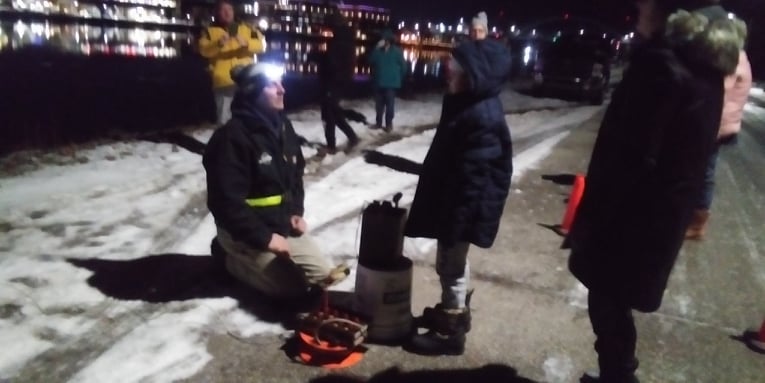 The Skyrockers continue to countdown to its New Year’s Eve finale with nightly fireworks at either Pettibone Park or up on Grandad Bluff in La Crosse.

The NYE tradition dates back more than 90 years and resumes at 6 p.m. Friday and again at the stroke of midnight with fireworks on Grandad Bluff.

“We had one night that I shot one off the bluff by myself, nobody was up there, and that was kind of during the real heavy snowstorm and it was windy up there,” Bonadurer told WIZM.

The 6 p.m. salutes alternate between Grandad and Pettibone, through most nights of December.

Families can donate to set off fireworks — push the plunger — and often to celebrate relatives.

Bonadurer says Sugarloaf Ford in Winona is helping sponsor the NYE show, which is gaining in popularity.

“That used to be kind of the kids’ show, ” Bonadurer said. “More people just want to just watch fireworks at 6, so we’re gonna have big show at 6,” along with the midnight blast.