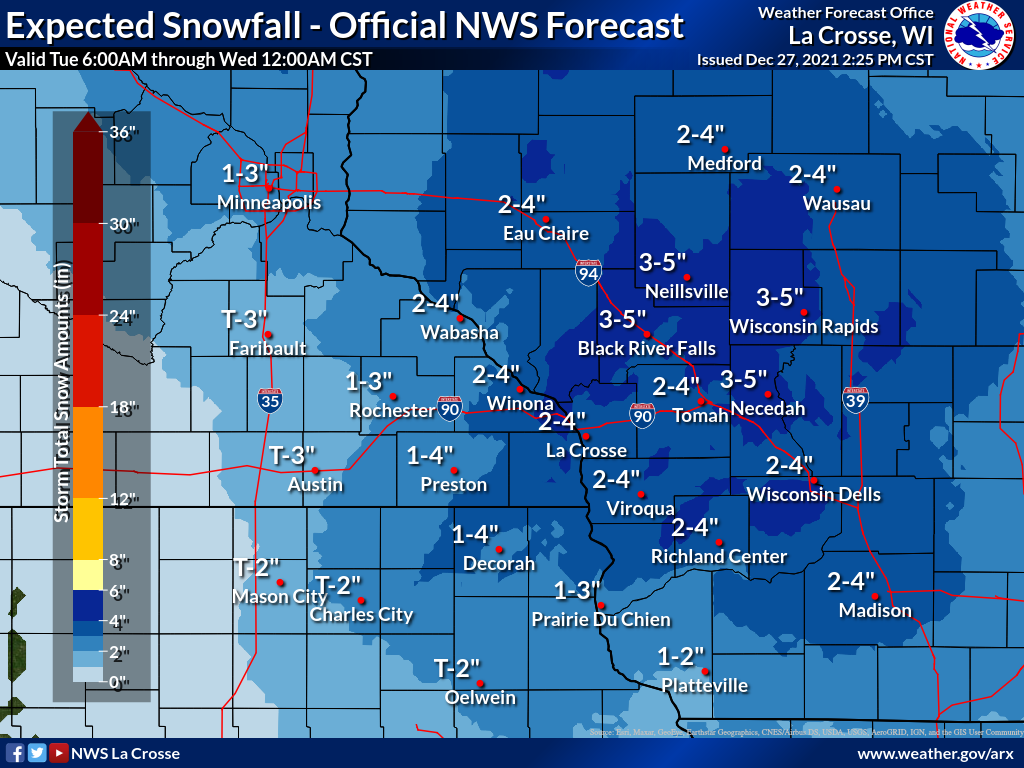 Mother Nature was off by a day, according to one weather forecaster in La Crosse.

The area missed having a white Christmas on Saturday, but the National Weather Service (NWS) – La Crosse said Sunday made up for that with 3 inches of new snow in the city.

“And, we’re not done,” NWS meteorologist Todd Rieck said. “So, winter lovers, rejoice. Those that enjoyed the 40-degree day, I’m sorry. We have spring, and that’s in the future.”

Rieck added that the area’s immediate future calls for a chance to 2-4 more inches of snow from a storm passing through Tuesday. La Crosse has a 67% chance of 2 new inches of snow, with higher chances to the north, and the possibility of snow switching to ice.

After that, single digit or subzero weather could settle in for New Year’s weekend.

One year ago in La Crosse, the city had a similar weather pattern of light snow for Christmas, followed by heavier snowfall a few days after the holiday.