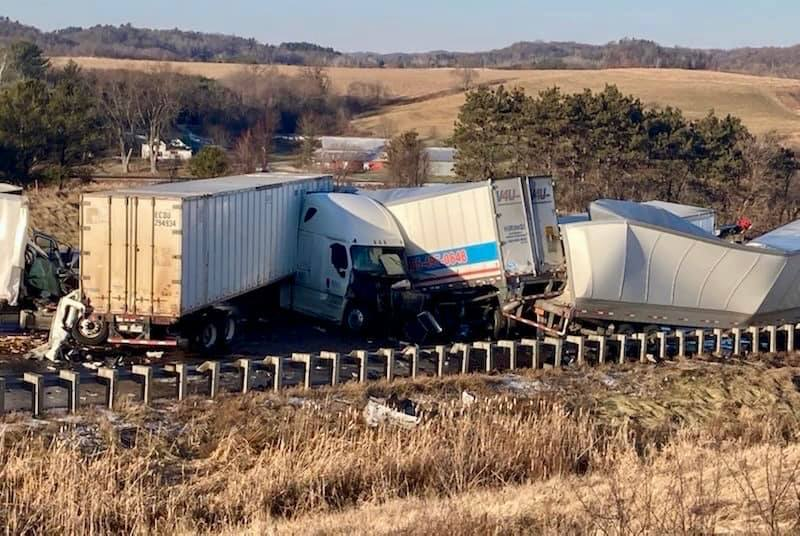 More than 100 vehicles were involved in a pile-up Thursday morning in Jackson County.

An updated version of this story can be found by clicking here.

Authorities were dealing with multiple crashes, including a semi-trailer on fire.

For anyone traveling, check out these links for traffic conditions:

Both lanes of I-94 between Osseo and Black River Falls were closed as of late this morning, as a result of a multi-vehicle crash shortly before 6 a.m.

Investigators say a semi caught fire in the median, and two vehicles were underneath the truck.

The Wisconsin State Patrol posted, “I-94 is closed between exits 88 eastbound (Osseo) and 115 westbound (Black River Falls) due to a multi-vehicle crash involving a number of semi-tractor trailers and passenger vehicles. Check 511wi.gov for latest travel information.”

Five injuries were reported by Hixton Fire and Rescue. Nobody died. Only one had to be extricated.

A number of crashes are being blamed on freezing rain and icy roadways.

Another semi-involved accident in the eastbound lane of I-94 near Eau Claire caused delays since around 9:30 a.m.