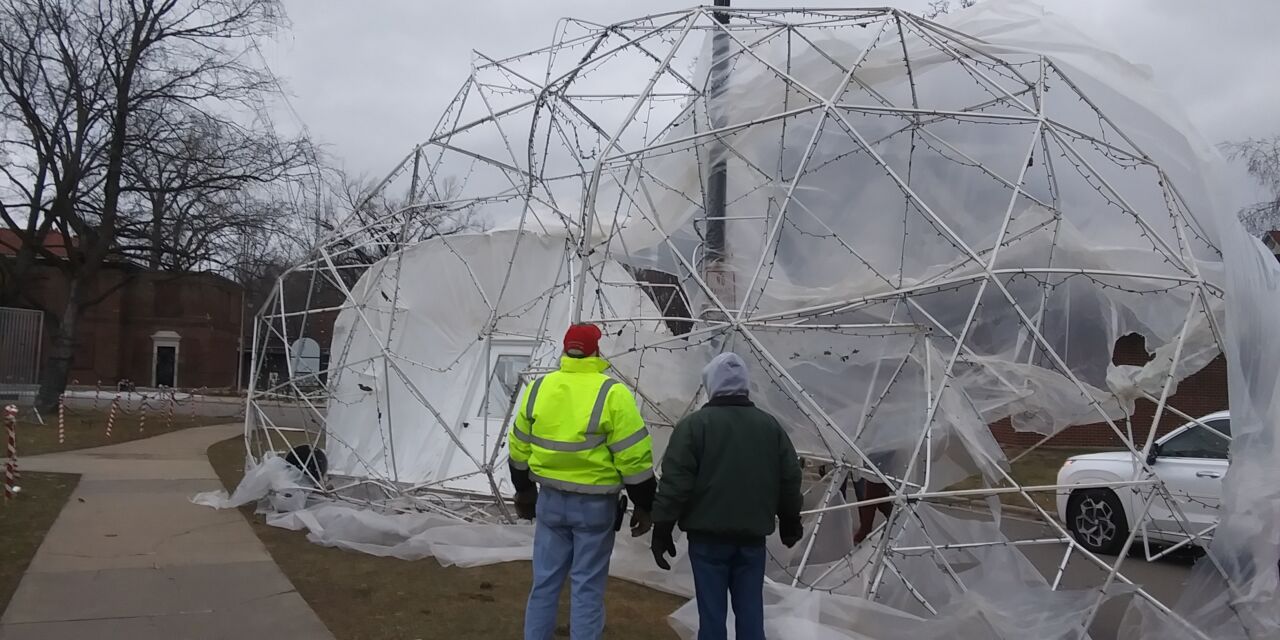 After devastating winds forced the cancellation of Rotary Lights and really put the season in jeopardy, the community rallied to get the holiday display up and running.

“The work that went on in the park after the storm last Thursday was nothing less than incredible,” Rotary Lights president Pat Stephens told WIZM. “We had over 60 volunteers — at least half that I did not know — that worked tirelessly to bring the magic back to the park.”

Friday, the first day back, traffic was steady Stephens said, but not overcrowded and hundreds of people called inquiring whether they were up and running.

Saturday, however, was was “off the charts,” Stephens said.

“We collected more food than I have ever seen for any one night,” he said. “Sidewalks were packed. S’mores pit never slowed down and people were generous with their voluntary donations. Have to say it was probably one of our best nights ever.”

Even with the Packers game Sunday, Rotary was still a success Stephens said. He was happy, too, that despite the losses nobody was hurt or even injured.

“I always tell people what a special community we live in,” he said. “The help and good wishes after the storm just solidified those thoughts.”

The storm took out a lot of the iconic structures throughout the holiday display.

The north igloo at Riverside Park was completely destroyed.

“It was blown off its base and moved 40 feet to the north,” Stephens said. “It was wrapped around a light pole or who knows how far it would have flown.”

Volunteers helped cut the igloo into smaller pieces, Stephens said, so it could be removed but it did force two weddings, three engagements and a birthday party that were planned there to be moved outside.

The other big piece that was destroyed was the ice castle.

“(It) was lifted up and flew 50 feet into our fire breathing dragon,” Stephens said. “Totally destroyed.”

The dragon was not breathing fire at that moment, however, as the mayor’s office and parks department had shutdown Rotary Lights the night of the storms — the first time the display had ever shut down in 26 years.

So, the ice castle was taken apart piece by piece. Entertainment that was going to happen there was cancelled, as well, while a normal tent was set up so folks can still warm up.

As for that dragon, Stephens said the frame was badly damaged. But one of the volunteers did re-weld it so the fire was blowing once again by Friday.

While the big structures were ruined, Stephens said the biggest loss was a “computerized mega tree,” which was completely destroyed, as well.

“The tree is our centerpiece and will have to be completely rebuilt,” Stephens said. “That will take months, so we’ll begin work this spring to make certain it is ready to go for 2022.”

Other damage included fencing, chairs, other equipment and decorations.

“So many good people just working hard to get us back up and running,” Stephens said.