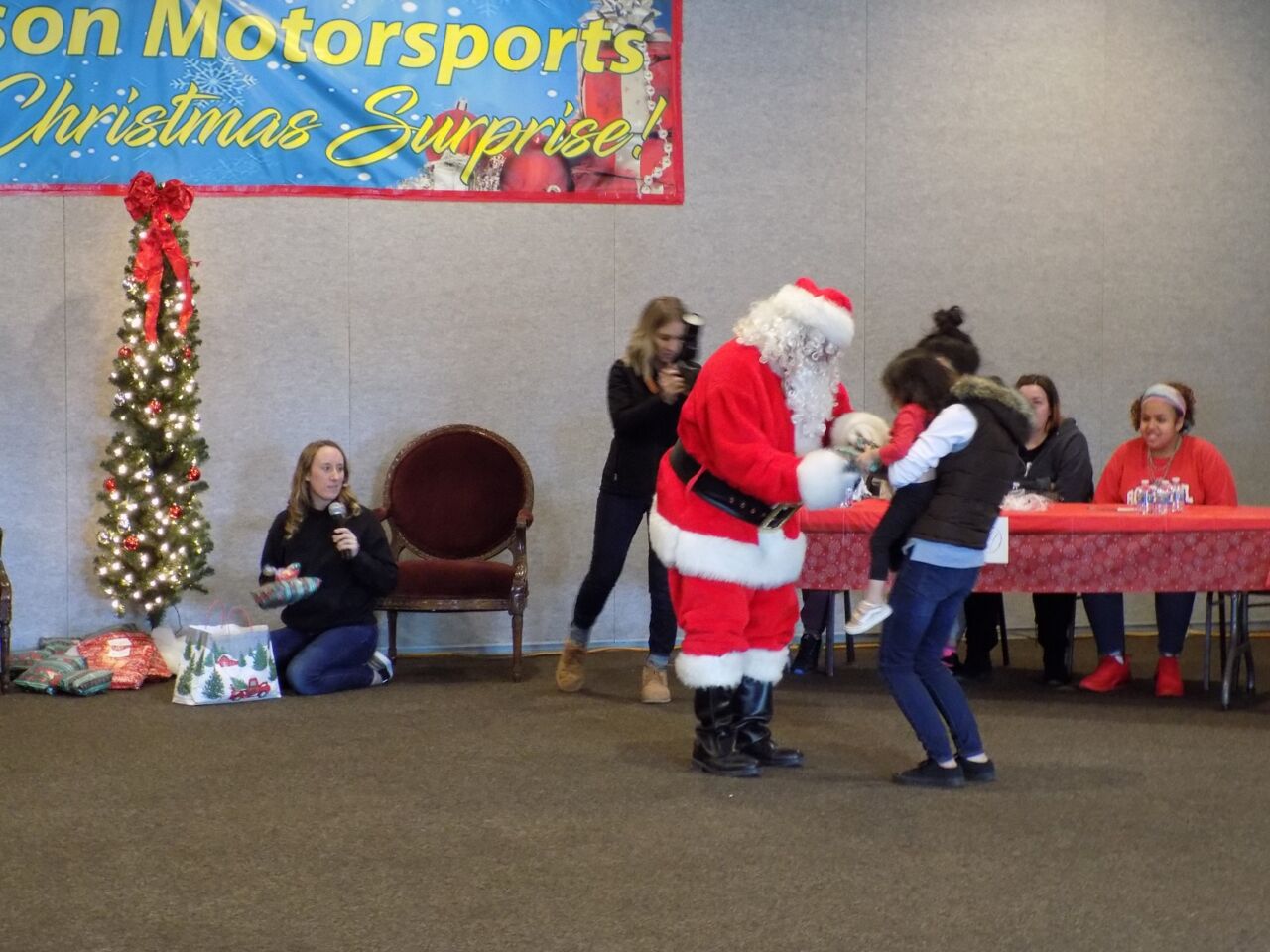 Several area families have a brighter Christmas this year, after attending a surprise party put on by the Henderson Motorsports group.

Nine families with children, chosen by La Crosse Area Schools, were brought to the Fox Hollow banquet hall to receive presents and other goodies from race car drivers and, of course, Santa Claus.

John Henderson has been putting on the holiday party for nine years now.

In the first two years, “we drove the race cars down the road right to their house, and the police weren’t happy with us on that note,” Henderson said.

Since then, they’ve had the Christmas party at local auto dealerships and banquet facilities.

The Henderson team has been able to give away more than $30,000 in presents at their Christmas surprise parties — with $7,000 donated this year alone.