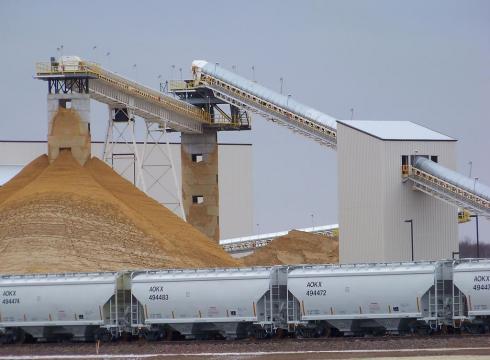 MADISON, Wis. (AP) — A state appeals court on Thursday refused to reinstate a permit for a proposed $75 million frac sand operation in Monroe County, a victory for environmentalists who have been fighting for years to protect the 16 acres (6.5 hectares) of pristine wetlands.

Atlanta-based Meteor Timber has been working since 2016 to gain permission to build a frac sand plant and rail loading facility on a property that includes a hardwood swamp with rare white pine and red maples. The Wisconsin Department of Natural Resources, under then-Gov. Scott Walker, a Republican, granted the company a permit to fill the wetland in 2017.

Records showed that staff felt pressured by department administrators to approve the permit despite concerns over a lack of information on how the company would mitigate the wetland loss. To make up for filling those wetlands, the company pledged to restore more than 630 acres (255 hectares) of other land, including wetlands, near the site.

The Ho-Chunk Nation, Midwest Environmental Advocates and Clean Wisconsin challenged the permit and an administrative law judge revoked it in 2018, finding the DNR lacked enough information to grant it.

The judge ruled that the DNR did not have a detailed description of the total number of acres that would be converted to industrial use, information on chemicals that would be introduced in the environment, an invasive species control plan, a detailed vegetation survey and an adequate mitigation plan to make up for the swamp’s destruction.

The company argued that the site, located on the Union Pacific rail line, was the only viable option to deliver its product to Texas oil producers.

A Monroe County judge in 2020 upheld the administrative law judge’s decision, ruling that the DNR violated the law when it granted the permit. Wisconsin’s 4th Circuit Court of Appeals on Thursday upheld that ruling, saying the original decision that the DNR broke the law in issuing the permit was supported by the facts and a correct reading of the law.

Meteor Timber, a subsidiary of Atlanta-based Timberland Investment Resources, has nearly 50,000 acres (20,234 hectares) in forest holdings in Wisconsin. The company and its attorney did not immediately return messages seeking comment Thursday.

“This case was a perfect example of trying to destroy something that we need, this untouched pristine wetland, to facilitate fossil fuel infrastructure that we don’t need and that’s making our climate problems even worse,” Feinauer said in a statement.

Frac sand is a type of sand used in hydraulic fracturing, a technique used by the energy industry to extract oil and gas from rock by injecting high-pressure mixtures of water, sand or gravel and chemicals.