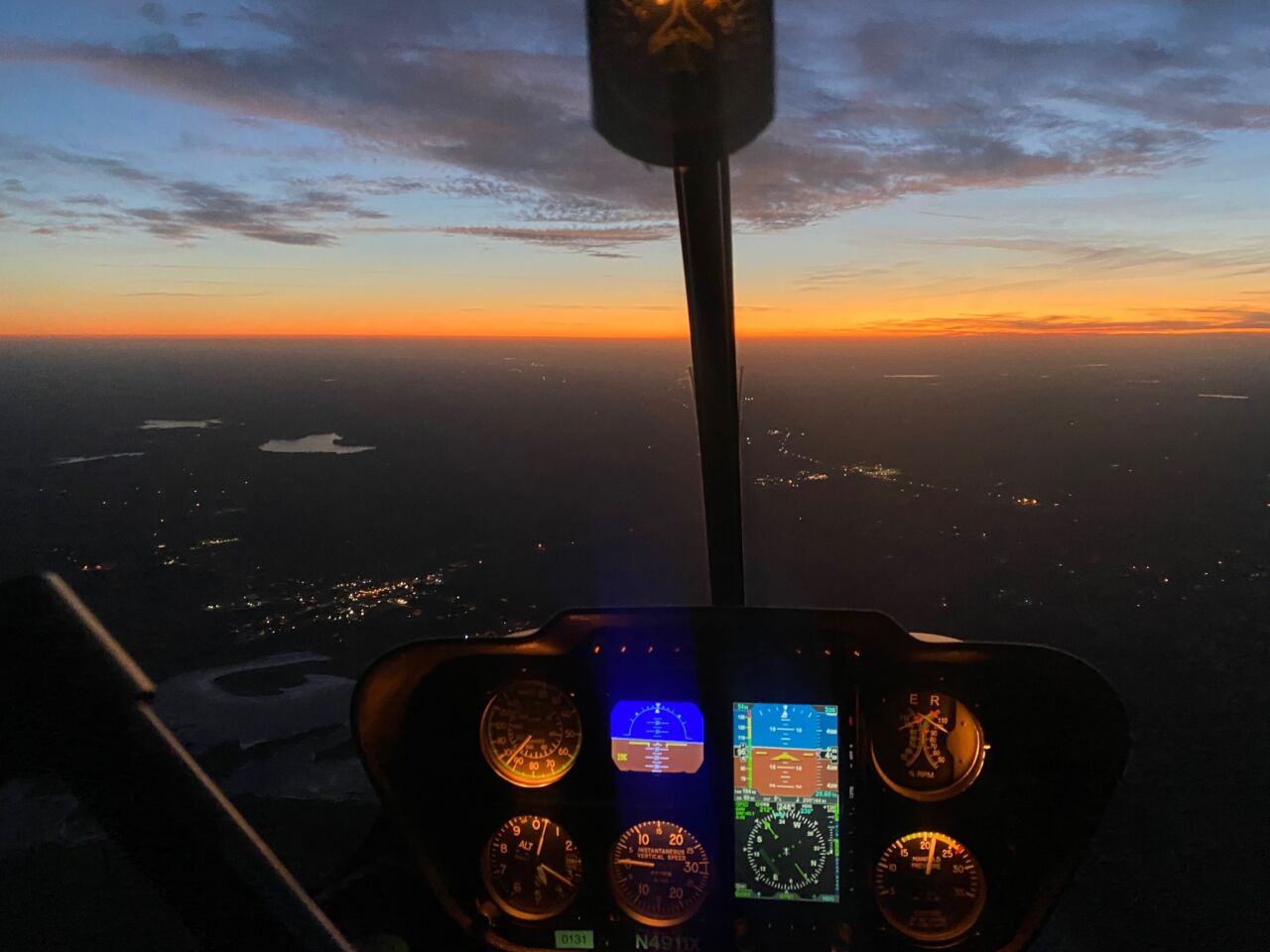 Grace Schrope, with Lake Superior Helicopters out of Duluth, Minn., joined La Crosse Talk PM on Tuesday to talk about touring the holiday lighting display, among other things flying.

Tours run from 5 p.m. – 8:40 p.m. Thursday-Sunday, though Friday night is already booked and other nights are filling up fast, she said. There are two options — a two-mile run for $49 and a five-mile run for $79. According to the site, it looks like you can book between 1-3 riders.

Now, if you end up in the front seat of the helicopter, Schrope did note upon being asked, that you will not get to grab the flight stick, not even for a second. But, it is something they offer.

“Not this time,” she said. “If you do Discovery Flight, you can actually take the controls for a little bit.”

Before getting into “Discovery Flights,” the National Weather Service in La Crosse told WIZM there are historic anomalies with the weather on Wednesday night — potential wind gusts up to 70 miles-per hour — but by the time you want to hop into a helicopter, that should subside.

“For Thursday night, winds are looking a lot better than what they’re going to be (Wednesday night),” NWS-La Crosse meteorologist Molly Peters told WIZM. “Not nice and calm for an easy ride. Gusts still around that 15-20 mile-per-hour range but they are expected to be decreasing throughout the day and then further decreasing that evening into the overnight hours.

“So they will be on a diminishing trend throughout the day Thursday.”

Schrope said they, of course, deal with the weather every day and if they end up not being able to fly, people will be refunded.

“The weather is super finicky,” she said. “We do have plans on coming down, no matter what, and then if we can’t fly, we can’t fly. But usually we’re able to fly at least part of the day if the weather’s not great.”

As for the aforementioned “Discovery Flights,” while Lake Superior Helicopters does longer tours of the Duluth area, including waterfalls — and even longer tours in La Crosse during Riverfest — it also helps train pilots.

“We do that through partnership with Lake Superior College and you can get private commercial ratings as well as instrument certified flight instructor and certified flight instructor instrument,” Schrope said. “Definitely a lot of work. It’s an important job, but you can do it in less than two years and we have, actually, a 100% employment rate of all of our graduates.”

Schrope noted some of the jobs include crop dusting in the agriculture industry, EMS pilots or “You could actually do Eng (Electronic News Gathering) pilot, which would be working in Hollywood, filming movies, gathering news, stuff that like that.”

For those interested in the field but have never been in a helicopter and are unsure about diving into a two-year commitment not knowing how they’d react, that’s where the “Discovery Flight” comes in.