Teen accused in Michigan high school shooting due in court 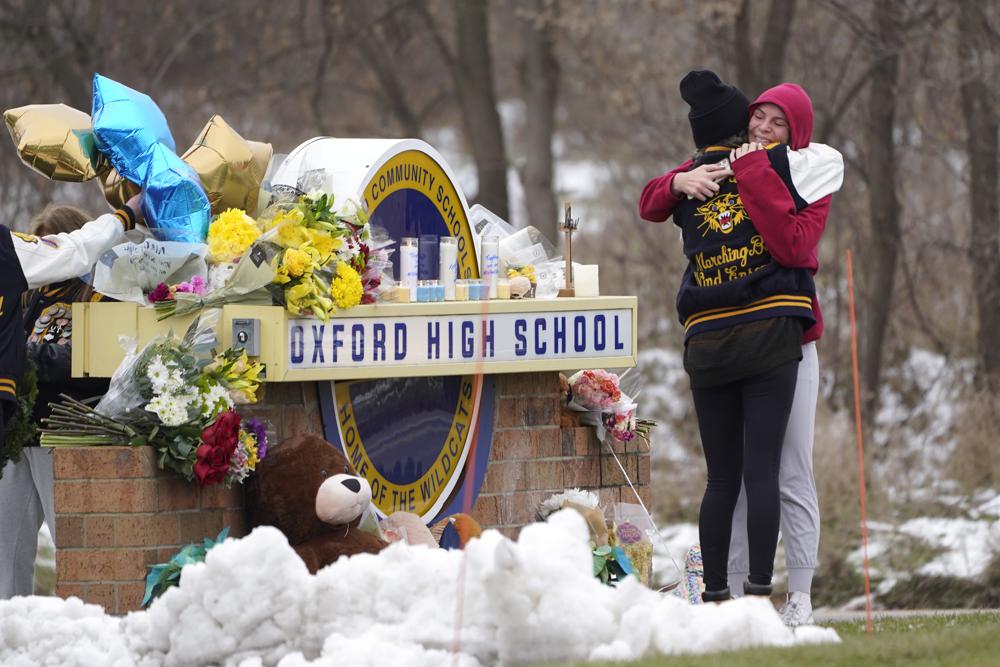 OXFORD, Mich. (AP) — A 15-year-old boy accused of opening fire at his Michigan high school, killing four students and wounding seven other people, was due in court Monday for a procedural hearing.

The is charged as an adult with murder, terrorism and other counts for the Nov. 30 shooting at Oxford High School, about 30 miles (50 kilometers) north of Detroit.

The purpose of Monday’s hearing is to prepare for the next hearing, set for Dec. 20, at which a judge would hear evidence and decide whether there’s enough evidence to send the 15-year-old to trial. It’s possible that the case could be put on hold if his attorney seeks a mental competency exam.

“In a case like (his), the primary topics addressed would likely be: the exchange of discovery and the timing of that exchange; whether the preliminary examination will proceed on the scheduled date, whether it will be waived, or whether it will be adjourned to a new date; and bond,” a spokesman for the Oakland County prosecutor’s office said.

His parents, James and Jennifer Crumbley, are accused of failing to intervene on the day of the tragedy and are charged with involuntary manslaughter and arrested.

The morning of the shooting, school officials met with the shooter and his parents at the school after a teacher found a drawing of a gun, a bullet and a person who appeared to have been shot, along with messages stating, “My life is useless” and “The world is dead.”

The school district’s superintendent has said the family “flatly refused” to take their son home.

The gun used in the shooting also was bought days before by James Crumbley and their son had full access to it, prosecutors said.