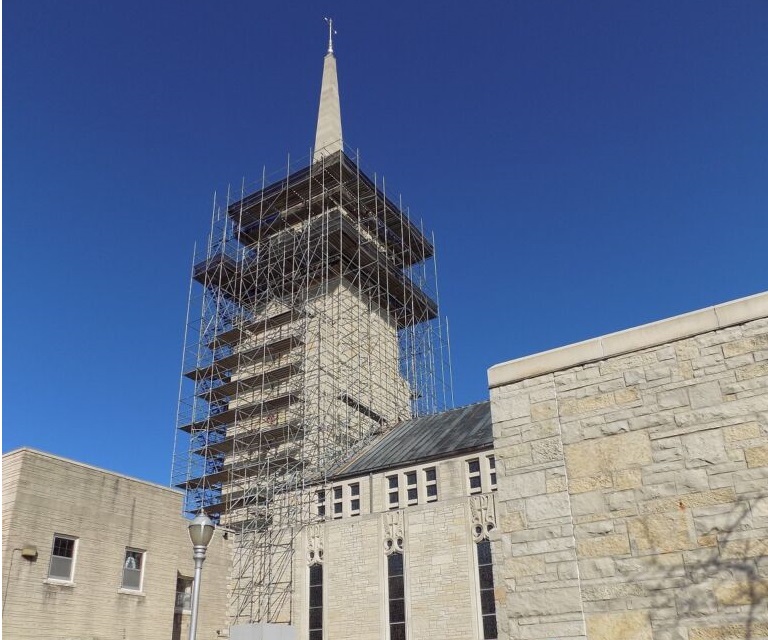 The idea of finishing the reconstruction of St. Joseph the Workman Cathedral in La Crosse by Christmas might be considered a miracle.

The $6 million project in downtown La Crosse was scheduled to be completed around Thanksgiving.

Cathedral rector, Monsignor Richard Gilles said the work crews will take a pause during the winter. They hope to finish during the spring.

“They said that with winter setting in … you know, they’re just wore out, they’re tired, it’s cold, there’s so little they can do now,” Gilles told WIZM. “A lot of this work is going to be deferred to the spring.”

Giles hoped everything would be complete by May or June.

The renovation has mainly focused on the replacement of stones on the outside walls of the cathedral, but there are also interior improvements to be made. Next May marks the 60th anniversary of the building’s dedication.

The monsignor says labor shortages and supply delays have prolonged the project, which began in February.

Gilles added that some of the scaffolding around the church may be taken down soon.

“Their goal is to get that scaffolding down below the level of the clock on the bell tower facing north,” Gilles said.

For now, churchgoers must continue to use the entrance on the west side of the cathedral, off the parking lot, instead of the doors on Main Street or 6th Street.