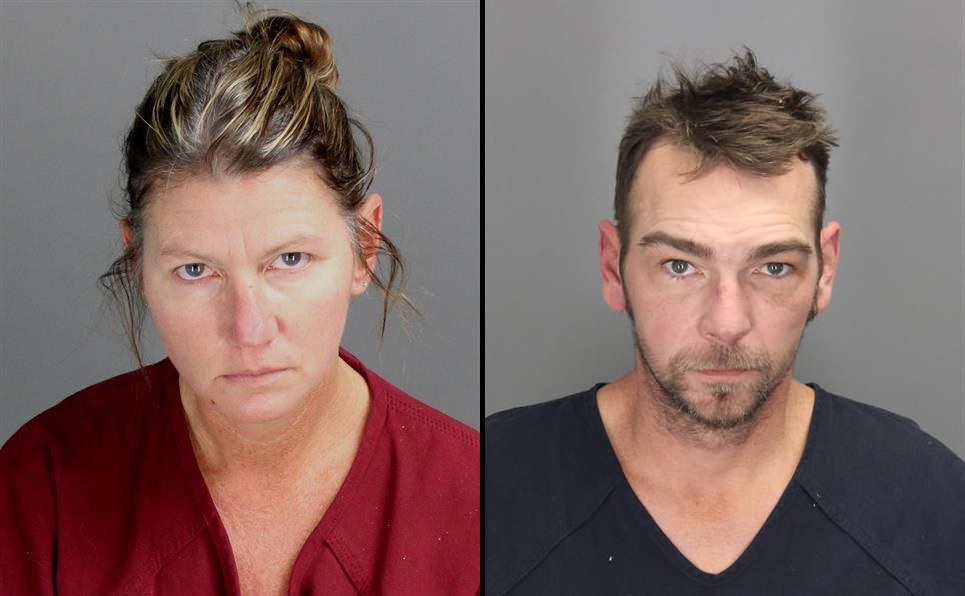 OXFORD TOWNSHIP, Mich. (AP) — The parents of the 15-year-old suspect in the fatal shooting of four students at a Michigan high school have entered not guilty pleas to involuntary manslaughter charges.

James and Jennifer Crumbley entered their pleas during a Zoom hearing, hours after police said they were arrested while hiding in a commercial building in Detroit. A judge set bond at $500,000 for each.

Their son, Ethan Crumbley, has been charged with murder and other crimes in Tuesday’s mass shooting in Oxford Township, about 30 miles (50 kilometers) north of Detroit. Here is a timeline of events before the rampage and what has happened since:

Friday, Nov. 26: James Crumbley buys a 9mm Sig Sauer from Acme Shooting Goods in Oxford, according to Oakland County Prosecutor Karen McDonald. His 15-year-old son Ethan later posts a photo on Instagram of himself holding the semi-automatic handgun, writing: “Just got my new beauty today. SIG SAUER 9mm. Any questions I will answer.” He includes an emoji of a smiling face with heart eyes.

Saturday, Nov. 27: Jennifer Crumbley writes on social media that it is a “mom and son day testing out his new Christmas present,” the prosecutor says.

Monday, Nov. 29: A teacher sees Ethan, a sophomore at Oxford High, searching online for ammunition with his cellphone during class and reports it to school officials, McDonald says. Ethan meets with a school counselor and another staff member. He says he and his mother recently went to a shooting range and that shooting sports are a family hobby, according to Oxford Community Schools Superintendent Tim Throne.

School personnel call his mother, leave a voicemail and email her. She does not respond. While exchanging text messages with her son, she writes: “Lol. I’m not mad at you. You have to learn not to get caught.”

That night, Ethan Crumbley records a video in which he discusses killing students, according to sheriff’s Lt. Tim Willis.

Tuesday, Nov. 30: A teacher finds a note on Ethan’s desk that alarms her enough to take a photo, the prosecutor says. It includes a drawing of a handgun and the words: “The thoughts won’t stop. Help me.” Also depicted is a bullet with the words “blood everywhere” above a person who appears to have been shot twice and is bleeding. A laughing emoji is drawn below the figure. The note also says “my life is useless” and “the world is dead.” The teacher reports the information to school counselors and the dean.

A counselor removes Ethan from the classroom and takes him to the office with his backpack. The counselor obtains the drawing, but Ethan has already scratched out portions. He says the drawing is part of a video game he is designing and that he wants a career as a video game designer, the superintendent says.

The parents are summoned to the school for a meeting that occurs around 10 a.m. While the school tries to reach them, Ethan remains in the office for an hour-and-a-half as counselors continue to observe and speak with him, Throne says. Ethan expresses concern about missing homework assignments and asks for his science homework, which he works on while waiting. The counselors do not believe he will harm others based on his behavior, demeanor and responses, according to the superintendent.

The parents arrive and are shown the note. The counselors ask Ethan about his potential for self-harm or harming others. They again conclude he is not a risk due to his answers, which are affirmed by the parents. The parents are advised that they are required to get him counseling within 48 hours or the school will contact Children’s Protective Services. They refuse a request to take their son home for the day and leave without him, apparently to return to work, Throne says. He returns to the classroom rather than go “home to an empty house,” which the superintendent says is because he had no prior disciplinary infractions.

About 12:51 p.m., Ethan emerges from a bathroom with the gun his father bought four days before. He fires at students in the hallway, killing four and wounding six students and one teacher. Deputies capture him within minutes of the shooting. When news of an active shooter becomes public, Jennifer Crumbley texts her son at 1:22 p.m.: “Ethan don’t do it.” Fifteen minutes later, at 1:37 p.m., James Crumbley calls 911 to report that a gun was missing from his house and he believes his son may be the shooter. The gun had been kept unlocked in a drawer in the parents’ bedroom, McDonald says.

Wednesday, Dec. 1: Ethan is charged as an adult with murder and terrorism.

Friday, Dec. 3: James and Jennifer Crumbley are charged with involuntary manslaughter. Authorities cannot find them, and a manhunt is launched.

Saturday, Dec. 4: The Crumbleys are arrested around 1:30 a.m. after being caught hiding at a commercial building in Detroit. They enter not guilty pleas during a Zoom hearing, and a judge sets bond at $500,000 for each.

The superintendent announces there will be a third-party review of all events in the past week because the community and families “deserve a full, transparent accounting of what occurred.”