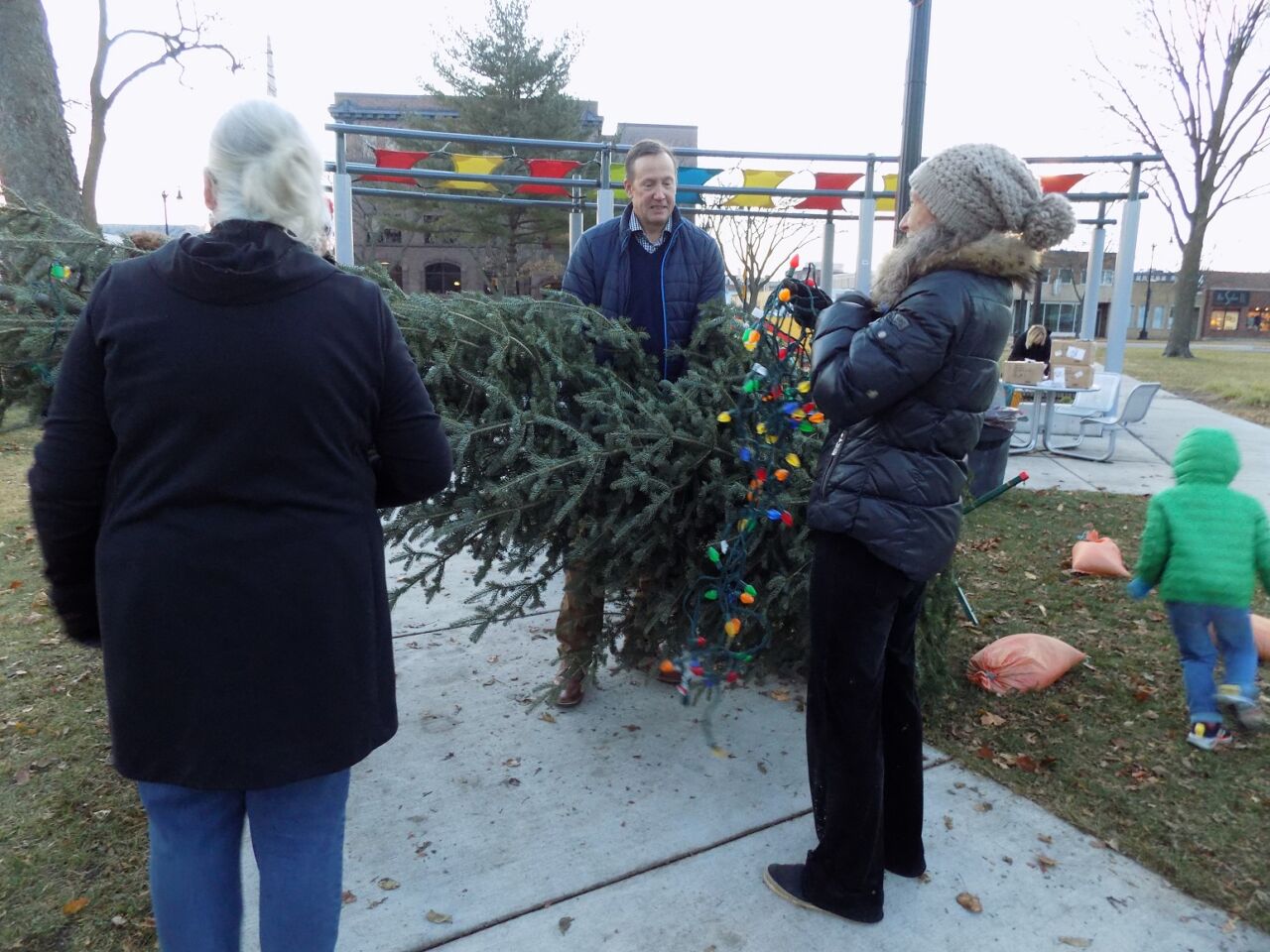 A couple of grinches stole a Christmas tree from a La Crosse park, but some detective work by La Crosse police led them to the suspects.

The tree stood in Burns Park on Main Street. It had been donated to the Downtown Neighborhood Association.

But on Thursday, the tree was gone.

La Crosse police used downtown surveillance cameras and tracked the stolen tree by following the trail of pine needles, all the way to the front porch of a home.

Those involved in the theft were given a ticket, and the tree was dragged back to the park. But it lost too many needles and now a new tree has been purchased to replace it.

On Friday afternoon, neighbors of Burns Park gathered to decorate and light the new tree.  Neighborhood police, which had investigated the tree theft, were on hand for the decoration.