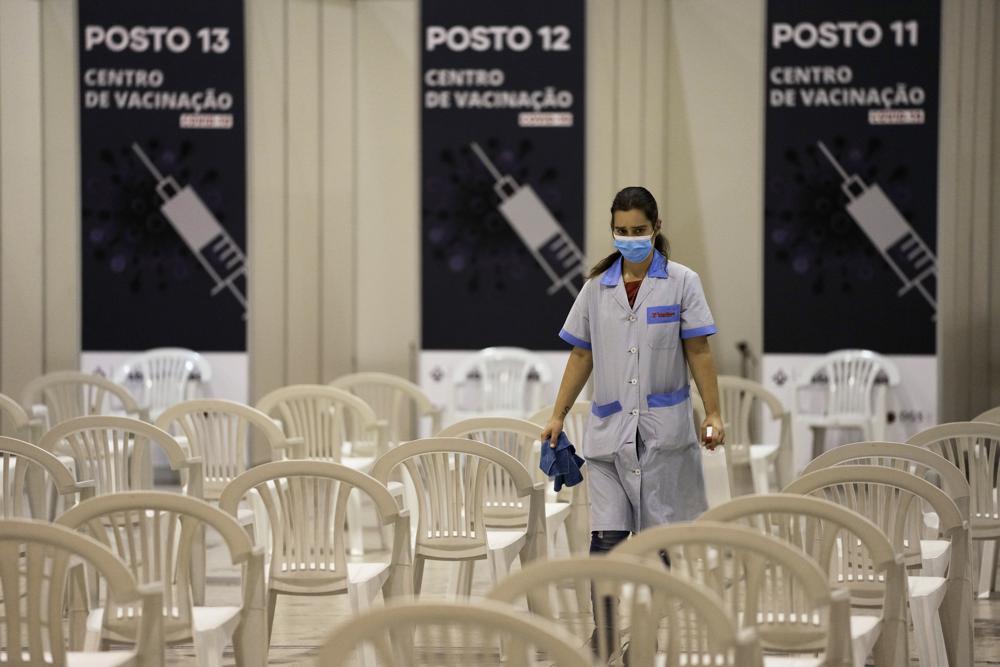 A pandemic-weary world faces weeks of confusing uncertainty as countries restrict travel and take other steps to halt the newest potentially risky coronavirus mutant before anyone knows just how dangerous omicron really is.

Will it spread even faster than the already extra-contagious delta variant? Does it make people sicker? Does it evade vaccines’ protection or reinfect survivors? There are lots of guesses but little hard evidence as scientists race to find answers amid scrutiny from an anxious public.

“Pretty much the right level of freaking out,” is how Trevor Bedford, who studies evolution of the coronavirus at the Fred Hutchinson Cancer Research Center, characterized health experts’ reactions.

Omicron might not turn out “as bad as we’re perhaps imagining it could be but treating it as such at the moment I think is entirely appropriate,” he said.

Up to now, the world has been slow to react to each coronavirus curveball. This time an early warning from South Africa and Botswana might have offered important head start.

“It’s hard to know: Have we just simply caught up to the reality and now the world is reacting with the appropriate speed as variants emerge?” asked Dr. Jacob Lemieux, who monitors variants for a research collaboration led by Harvard Medical School.

Omicron raised alarm because of its sheer number of mutations, more than prior variants had. Possibly 30 are in a key place, the spike protein that lets the virus attach to human cells.

Youtube video thumbnail
Scientists recognize a few mutations from earlier variants that were more contagious or a bit resistant to vaccination. But they’ve never seen this particular constellation of changes.

Most “are really unique to this virus,” said Dr. William Moss of the Johns Hopkins Bloomberg School of Public Health. “It’s that combination of potential increased transmissibility and ability — potential ability — to escape our immune system that has everyone worried.”

“It is a balance,” Moss said. “We want to take this seriously because of the combination of mutations, but we don’t want to panic and we don’t want to overreact as well until we really learn more about this virus.”

Scientists have little data yet on whether omicron causes more severe disease than other variants. And while it already has been diagnosed in numerous countries just days after its discovery was announced, it’s also too soon to know how contagious it is.

The alpha variant that emerged about a year ago was more transmissible than the virus that started the pandemic. Then delta hit, far more contagious than alpha.

It’s unclear how omicron would compete in a place like the U.S. where that strong delta variant is causing more than 99% of current COVID-19 cases, said Louis Mansky, director of the Institute for Molecular Virology at the University of Minnesota.

Even in certain parts of South Africa, a reported jump in omicron-caused cases may not indicate the mutant is more contagious than delta, Lemieux said.

“We really don’t know if omicron is out-competing delta at all or whether it’s become the dominant strain in a few places just due to chance,” he said.

To understand omicron better, scientists are trying to figure out how it emerged. It’s not a descendent of delta. One popular theory is that someone with a severely weakened immune system had a coronavirus infection they couldn’t shake for so long that mutations stacked up.

“This is completely bizarre,” said Bedford, whose says variants that were circulating in summer of 2020 appear to be omicron’s closest relatives.

Viruses mutate every time they spread and it’s possible omicron was simmering undetected someplace with poor COVID-19 testing. But Bedford said its sudden appearance is more likely a result of the cat-and-mouse struggle as an immune-compromised body fights a virus that repeatedly changes its spike protein to avoid detection. (Bedford receives funding from the Howard Hughes Medical Institute, which also supports The Associated Press Health and Science Department.)

WHAT TO WATCH FOR

Scientists say it may take two to four weeks to get some important answers.

Among the biggest concerns is how much omicron might evade immunity. So far the beta variant has been the biggest challenge to vaccine protection but that mutant fortunately didn’t spread widely.

“It is highly unlikely that this new variant has escaped all antibodies generated following vaccination,” said immunologist E. John Wherry of the University of Pennsylvania.

Vaccine makers and other scientists are setting up lab tests to tell how well antibodies generated by vaccines or prior infection can fight omicron compared to earlier variants. It takes time because first, they must grow samples of so-called “pseudoviruses” that hold the worrisome new mutations.

But that “won’t be the whole story,” Moss said.

The immune system has multiple layers of defense beyond antibodies, including T cells that should help avoid severe disease even if someone experiences a breakthrough infection.

Experts also will be carefully monitoring the prevalence of omicron-caused infections and their severity.

As for treatments, Regeneron says its COVID-19 antibody cocktail may be less effective against omicron although more testing is needed. But there are some antiviral pills in the pipeline, a long-needed new option that shouldn’t be affected by omicron’s mutations.

WHAT TO DO NOW?

Scientists urge people to take simple precautions as they wait for answers — mask indoors, avoid crowds, get the shots if you are among the 45 million U.S. adults who still haven’t been vaccinated — regardless of what variant’s circulating.

One thing is clear: Vaccination remains critical. Today’s shots do protect against delta and other versions of the virus that already are rampaging regardless of whether omicron spreads or fizzles. The U.S. and other countries are urging people eligible for boosters not to wait because the extra dose causes a huge burst of virus-fighting antibodies.