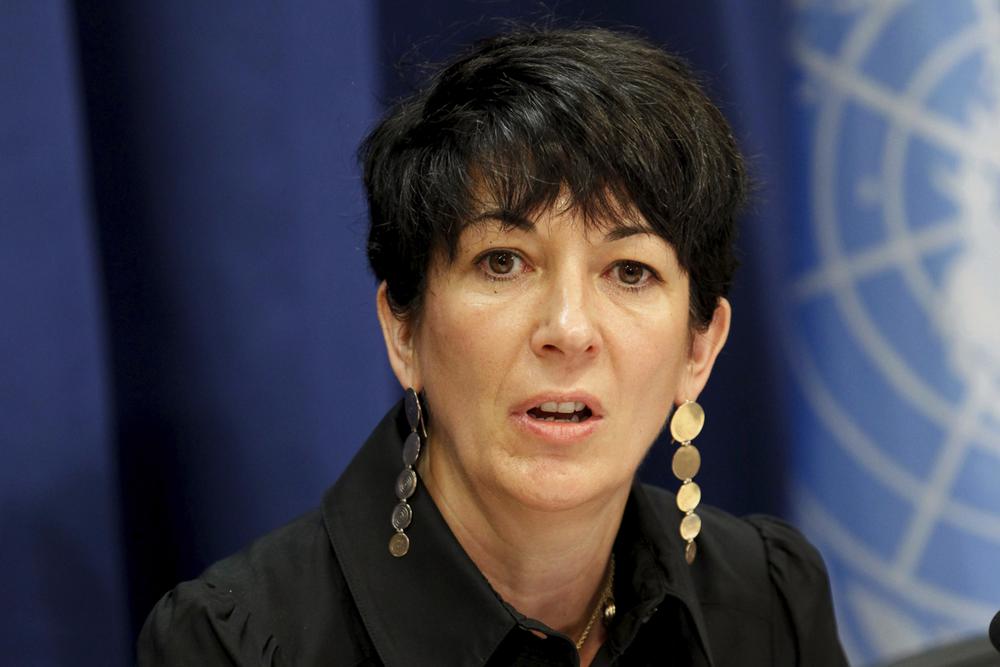 FILE — In this June 25, 2013 file photo, Ghislaine Maxwell, founder of the TerraMar Project, attends a press conference on the Issue of Oceans in Sustainable Development Goals, at United Nations headquarters. Despite his suicide, disgraced financier Jeffrey Epstein will still be put on trial in a sense in the coming weeks by a proxy: his former girlfriend, Ghislaine Maxwell. The 59-year-old Maxwell is to go before a federal jury in Manhattan later this month on charges she groomed underage victims to have unwanted sex with Epstein. (United Nations Photo/Rick Bajornas via AP)

The trial witness, who has said she’s using the pseudonym “Jane” to protect her 22-year acting career, had testified in graphic detail on Tuesday about the alleged encounters in the 1990s, portraying Maxwell as an active participant.

During a methodical cross examination, defense attorney Laura Menninger confronted the woman with FBI documents from 2019 and 2020, saying she had told the government her memory was foggy on whether Maxwell was present when Epstein molested her and on whether she ever touched her.

Other documents claimed she said that no abuse occurred during a visit to Epstein’s ranch in New Mexico. That contradicted her testimony about alleged encounters with him there that she said made “my heart sink into my stomach.”

The witness denied ever changing her story. She challenged the accuracy of the documents, saying her statements were never recorded.

“This was just someone jotting down notes. … A lot of these are not correct,” she said.

At another point, she responded, “I don’t recall saying what’s written here.”

She did not dispute other documents saying she had named several “model types” and other women she said witnessed participating in group massages with Epstein. She also confirmed telling the FBI she once flew on a private jet with Britain’s Prince Andrew.

Maxwell, 59, has pleaded not guilty to charges that prosecutors say show that she and Epstein were “partners in crime.” The defense has countered by claiming she’s being made a scapegoat for 66-year-old Epstein, who killed himself in his Manhattan jail cell in 2019 as he awaited his own sex trafficking trial.

On Tuesday, the accuser described numerous sexual encounters with Maxwell and Epstein that began in 1994 and continued through 1997. When recounting the first time she was abused by Epstein, she said she was “frozen in fear.”

On cross examination, the defense also attacked the witness’ credibility by asking why she waited over 20 years to report the alleged abuse by Maxwell to law enforcement. And Maxwell’s attorney asked Jane, an actor, about her television roles — a cancer patient, a car crash victim, someone with mental health issues, a prostitute — suggesting she may have applied her professional craft to her testimony.

The last one “was not my favorite role,” Jane said before pushing back on Menninger’s characterizations of her work as melodramatic.

“You want to call it ‘melodramatic.’ I prefer ‘dramatic,’” she said.

She later choked up when a prosecutor asked her at the conclusion of her testimony why she didn’t reveal everything about her experience with Epstein in her initial meetings with prosecutors.

Two of Maxwell’s siblings, Kevin and Isabel, were among the spectators in the courtroom on Wednesday. The family has insisted she’s innocent.

Outside court, Kevin Maxwell told reporters it was the first time he’d seen his jailed sister in more than 500 days and thanked deputy U.S. Marshals for allowing her to briefly speak to him before they took her out of the courtroom.

“Personally, it gave me a tremendous sense of to be close to her, to be able to actually see her in the flesh,” he said.