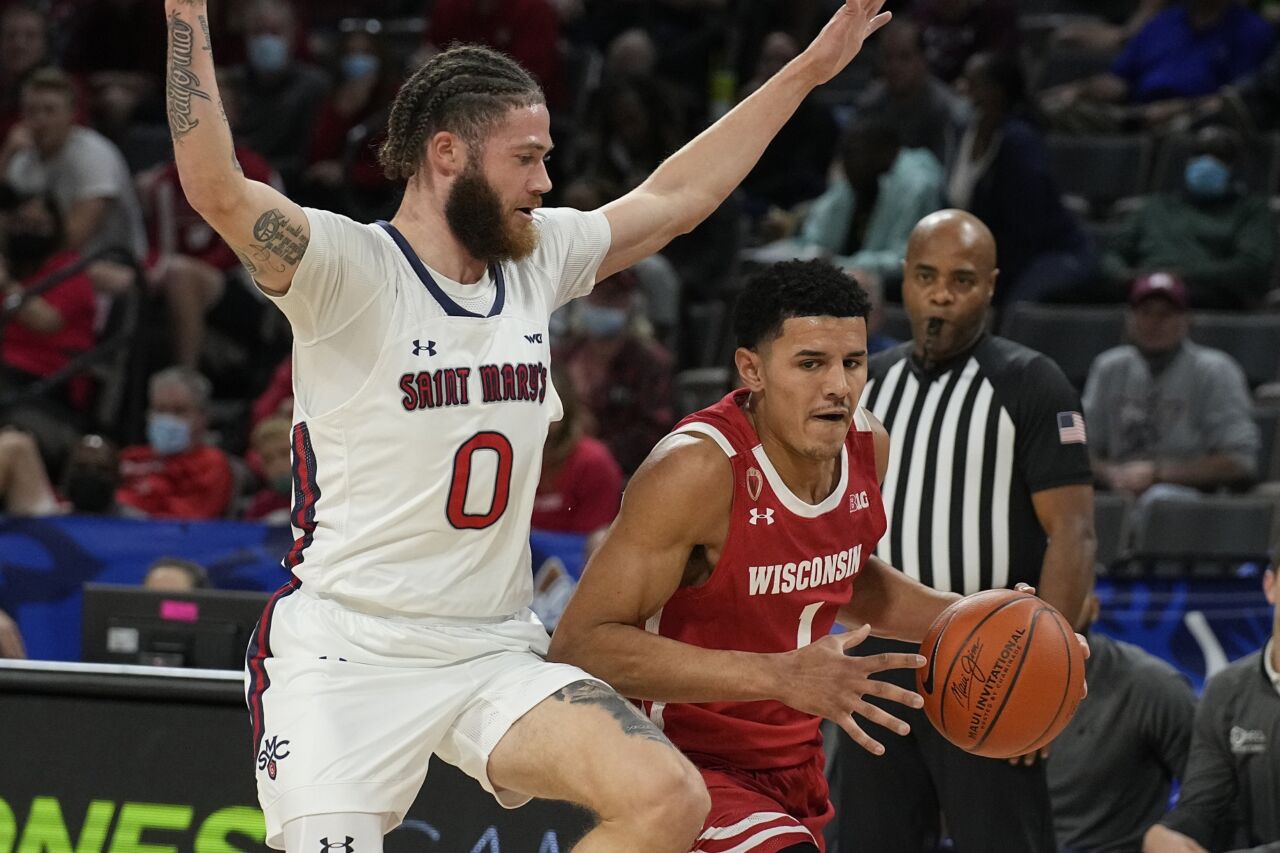 La Crosse native Johnny Davis looks to continue his streak of 20-point games, as the University of Wisconsin men’s basketball team is at Georgia Tech as part of the annual Big Ten/ACC Challenge on Wednesday.

Davis, coming off earing the Maui Invitational MVP and Big Ten Player of the Week honors, is also the first Badger to score 20 or more points in three consecutive games since 2018.

The sophomore set a career high in points (30) and tied his high in 3-pointers, going 4-for-7, last week as Wisconsin beat No. 12 Houston.

That helped the Badgers jump into the Top 25 rankings, now sitting at 23rd in the nation.

The only game Davis missed is the Badgers only loss — 63-587 to Providence, which is now 6-1 and starting to receive Top 25 votes in the coaches poll.