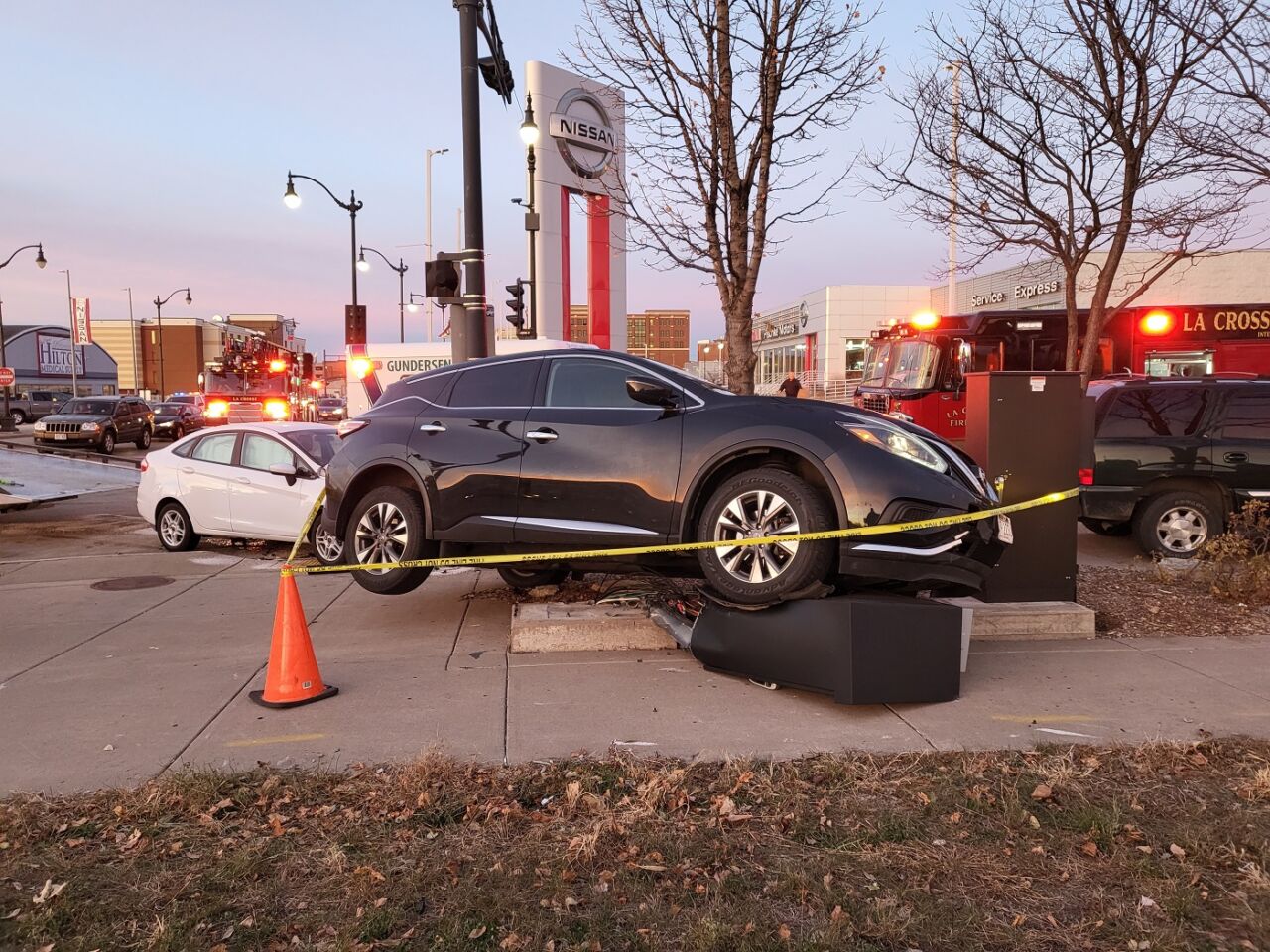 Police told WIZM that the driver of the white car said they had lost control of their brakes, as they were heading south on 3rd Street, and ran the red light past the first of the blue bridges.

As they ran that light, the white car t-boned the SUV, sending it into a an electrical box of sorts.

Police said one person was taken by ambulance to the hospital, but the severity of their injuries was unknown.