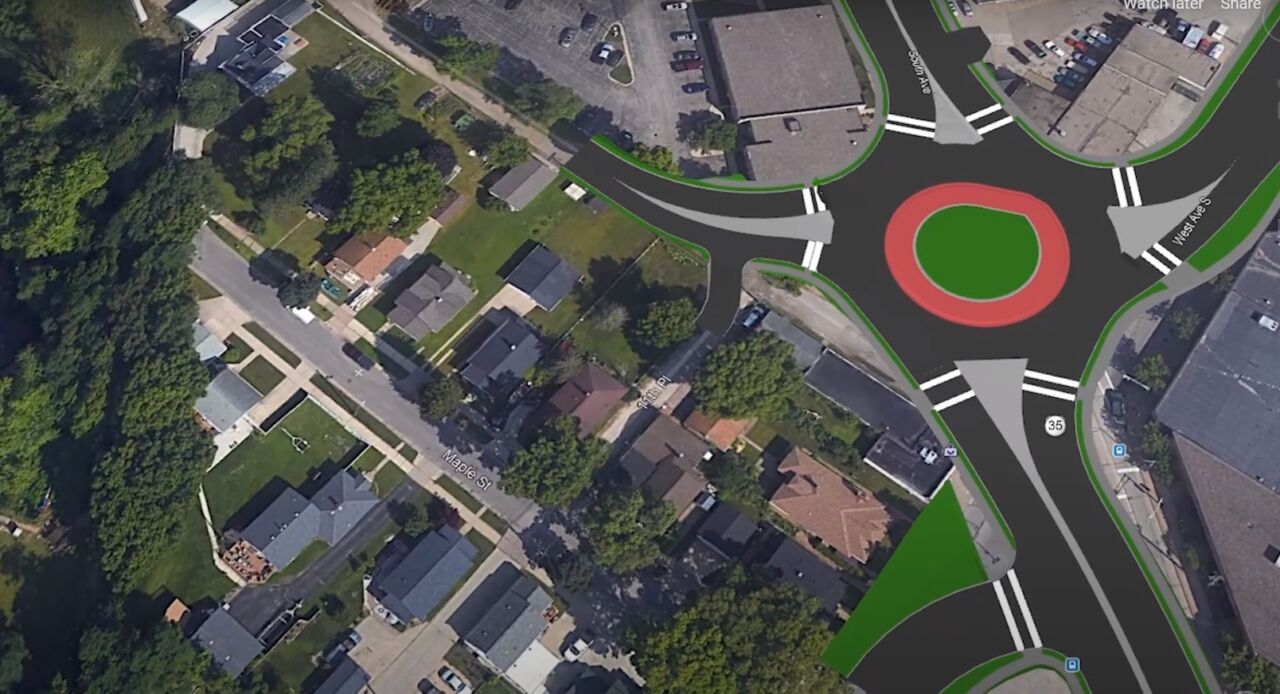 Rendering of a roundabout at the Ward-South Avenue intersection.

The city of La Crosse has $16 million worth in two major street projects ready to go in the new year.

The Board of Public Works on Monday heard the latest plans for repairs on La Crosse Street, next to UW-La Crosse, as well as a makeover of the southern portion of South Avenue.

The roundabouts will be constructed at busy intersections along South Ave. — one at West Avenue intersection, another at 16th Street and a third Ward Avenue.

The over $5 million La Crosse Street repairs are scheduled to start in June.

Both projects are supposed to be done by the end of 2022.

Many people have complained in recent years about potholes near Myrick Park and UW-L going unfixed.

In other public works business, a part of downtown La Crosse may soon become a little brighter at night.

The board approved a plan to hang strings of white patio lights between lampposts on Pearl Street. Businesses on both blocks of Pearl would contribute the money for the lights and may present them as a gift to the city.

The lights would be displayed this holiday season on the north side of Pearl, east of 2nd Street, and more lights could be installed on the street by spring, about 13 feet above the sidewalk.