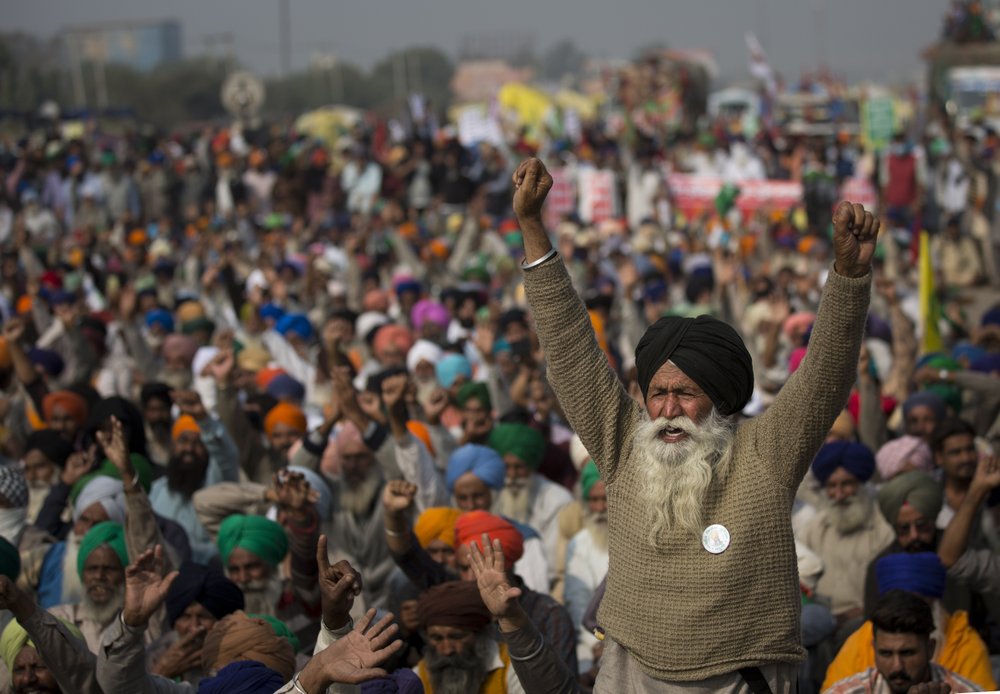 NEW DELHI (AP) — Indian Prime Minister Narendra Modi made a surprise announcement Friday that he will withdraw agriculture laws that triggered a year of farmer protests, in what is seen as a major climbdown by his government. The nationwide demonstrations were the biggest challenge faced to date by his government. Experts say elections could be a major reason behind the sudden decision.

WHY DID MODI’S GOVERNMENT WITHDRAW THE LAWS?

Farmers form the most influential voting bloc in India and politicians have long considered it unwise to alienate them. They are also particularly important to Modi’s Bharatiya Janata Party but have been up in arms since the laws were passed in September last year.

Elections are due early next year in some key states such as Uttar Pradesh, India’s largest and most populated, and Punjab, and Modi’s party hopes to win them back.

Both states have a sizeable farmer population, particularly Punjab.

Modi’s party already rules Uttar Pradesh but is under immense pressure over its response to the pandemic and the struggling economy. If farmers desert his party during the polls, it will not only shrink its prospects to form the state government for a second term but also weaken its chances to get an overwhelming majority in 2024 national elections.

Uttar Pradesh state sends the most legislators — 80 — to the national Parliament, which has 552 seats.

Modi’s party has a very little footprint in Punjab but hopes to form a government there and strengthen its fledgling voter base in neighboring agricultural state Haryana, ruled by his party.

But experts say the surprise decision may end up not helping the party.

“It is still early so it’s not clear how a policy loss is going to convert into an electoral gain,” said Gilles Verniers, a professor of political science at New Delhi’s Ashoka University.

Modi’s party welcomed the move, with some painting it as a decision that prioritized farmers.

Jagat Prakash Nadda, president of Modi’s party, said the prime minister “has again proved that he is committed to the welfare of farmers.”

WHAT DOES IT MEAN FOR THE PROTESTING FARMERS?

It is a win for them — at least for now.

Since the laws were passed last year, farmers have camped out on the outskirts of New Delhi, through a harsh winter and a devastating coronavirus surge. There also were demonstrations against the laws nationwide.

The government initially negotiated with the protesters and offered to suspend the laws for 18 months, but the farmers continued to press for a full repeal.

Over the past year, dozens of farmers died due to suicide, bad weather conditions and COVID-19 during the demonstrations, which drew international support.

“It’s a big victory for the farmers’ movement and a big boost for those who have been agitating for over a year,” said Kiran Vissa, a farmer leader from southern Telangana state.

“Farmers will perceive it as their victory and not as a gesture of benevolence from the prime minister,” he said.

DOES THIS MEAN THE PROTESTS HAVE ENDED?

Farmer groups have said they will continue to protest until the laws are officially withdrawn during the Parliament session set to begin in December.

They say the protests will also continue until the government assures them of guaranteed prices for certain essential crops — a system introduced in the 1960s to help India shore up its food reserves and prevent shortages.

“We welcome the decision but the movement doesn’t end here. Many of us don’t have a high degree of confidence in the PM or the central government and we won’t stop until we see it is repealed in Parliament” Vissa said.

WHAT WERE THE LAWS ALL ABOUT?

Modi’s government said the laws were necessary reforms to modernize Indian farming. But farmers feared that the government’s move to introduce market reforms in agriculture would leave them poorer.

The laws also were not clear about whether the government would continue to guarantee prices for certain essential crops.

Farmers worried that the laws signaled that the government was moving away from a system in which an overwhelming majority of farmers sell only to government-sanctioned marketplaces.

They worried this would leave them at the mercy of corporations that would have no legal obligation to pay them guaranteed prices.