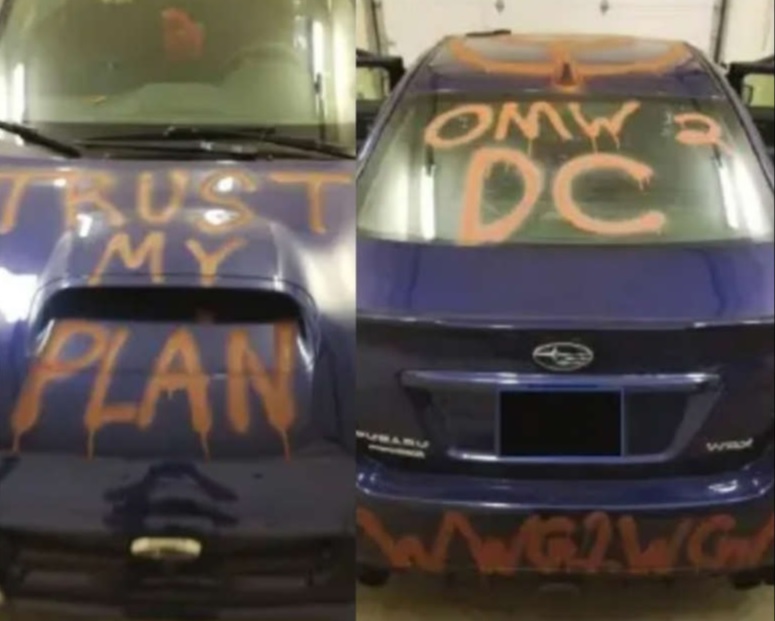 Prosecutors say Ian Alan Olson, of Nashotah, drove a car spray-painted with QAnon slogans to the Wisconsin Army Reserve Center in Pewaukee on March 15 and shouted, “This is for America” before firing two or three paintball rounds at the soldiers. His gun then jammed.

The rounds did not hit the reservists, who initially believed Olson was holding a real firearm. One of the servicemen tackled Olson and held him to the ground until police arrived, investigators said.

The QAnon movement is centered on the baseless belief that former President Donald Trump was fighting a cabal of Satan-worshipping, child sex trafficking cannibals, including “deep state” enemies, prominent Democrats and Hollywood elites.

Federal court documents accuse Olson of telling jail staff after he was arrested that he had just returned from Washington D.C., where he failed to deliver his message. He allegedly said he would cause a “mass casualty” event and that people would remember his name.

Olson pleaded guilty in August to attacks on United States servicemen on account of service.

An attorney for Olson did not immediately respond to an email request from The Associated Press.