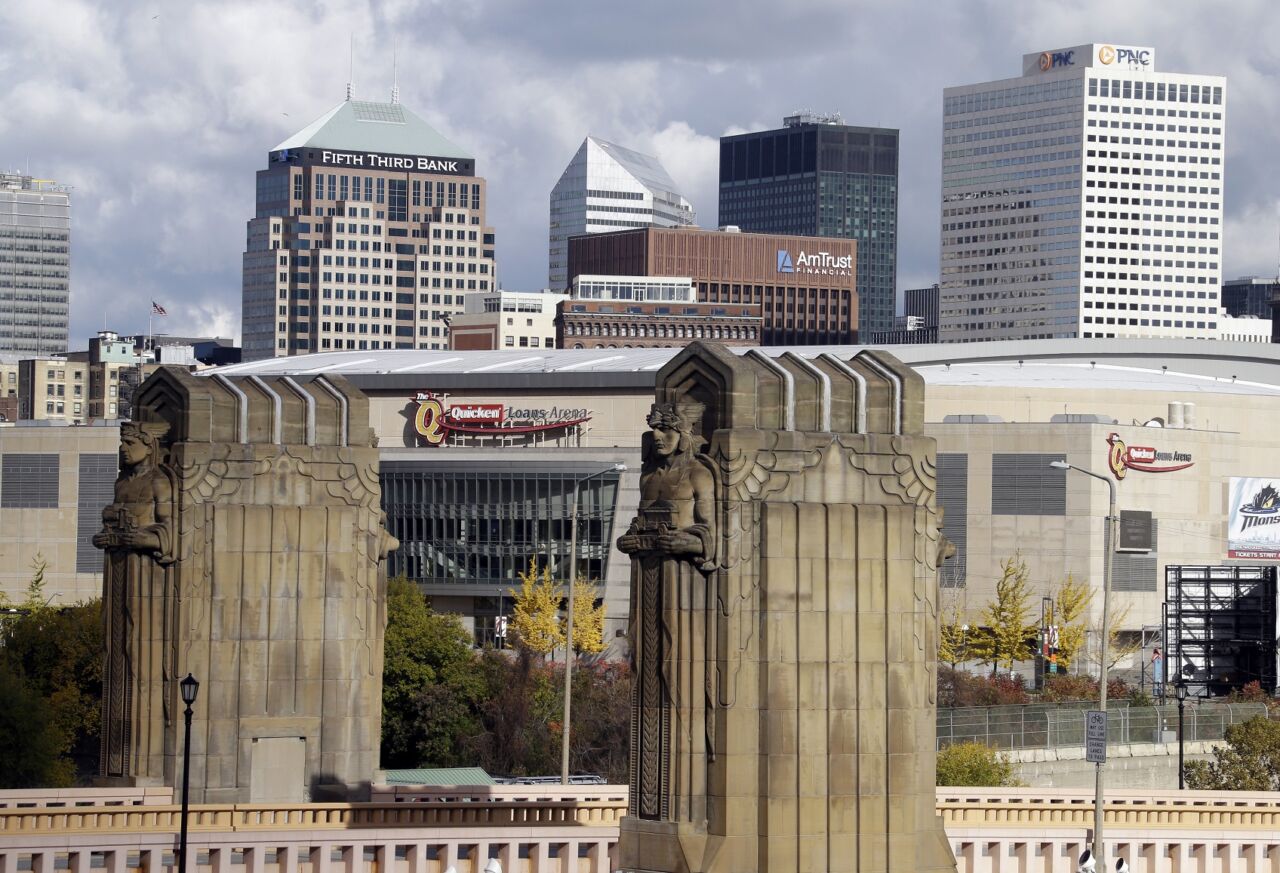 CLEVELAND (AP) — A new era of big-league baseball in Cleveland is about to start. The Guardians will be off and running.

The hitting and fielding comes in a few months.

The new mascot is a representation of iconic artwork that’s stood in downtown since 1932. The giant Art Deco figures are carved in the sandstone pylons on the Lorain-Carnegie Bridge, that have stood guard over east-west traffic.

Their name comes from Wilbur Watson, the bridge’s engineer, who wrote that the eight figures were meant to “typify the spirit of progress in transportation.”

Each guardian holds a different vehicle in his hand — representing the history of ground transport — from a stagecoach, covered wagon and hay rack to a 1930s-era automobile and four types of trucks.

The team officially transitioned to Guardians on Friday, completing a name change that has been happening in stages — and with one unplanned complication — over the past few months.

The team said its shop at Progressive Field will begin selling Guardians merchandise and souvenirs later this week. The store at the team’s downtown ballpark will exclusively sell Guardians gear before caps, jerseys and more become available at retail outlets in northeast Ohio on Nov. 23.

The team said some digital elements will changed Thursday before Cleveland’s team website and social media handles transition to Guardians on Friday.

It’s been a sometimes challenging path to the name change for Cleveland’s Major League Baseball team, which has been known as the Indians since 1915. The decision to drop that mascot drew a backlash from some fans who felt team owner Larry Dolan gave in to the wishes of a vocal minority.

Dolan has said his decision to move away from that mascot was spurred by a reaction to the national reckoning on racist names and symbols.

The team wanted to find a name that suited Cleveland’s community and history, and following a year-long process that included surveys and interviews with fans, area leaders and front-office members, the team chose Guardians, a name inspired by eight massive, art-deco statues on the Hope Memorial Bridge near the ballpark.

However, there was a legal snag along the way as a local roller derby team called the Cleveland Guardians filed a lawsuit against the team alleging trademark infringement.

But on Tuesday the sides reached an “amicable resolution,” which will allow both teams to continue using the name.

It was the final hurdle in the name makeover for the AL franchise, which is scheduled to play its first game as the Guardians at home on March 31 against the Kansas City Royals.