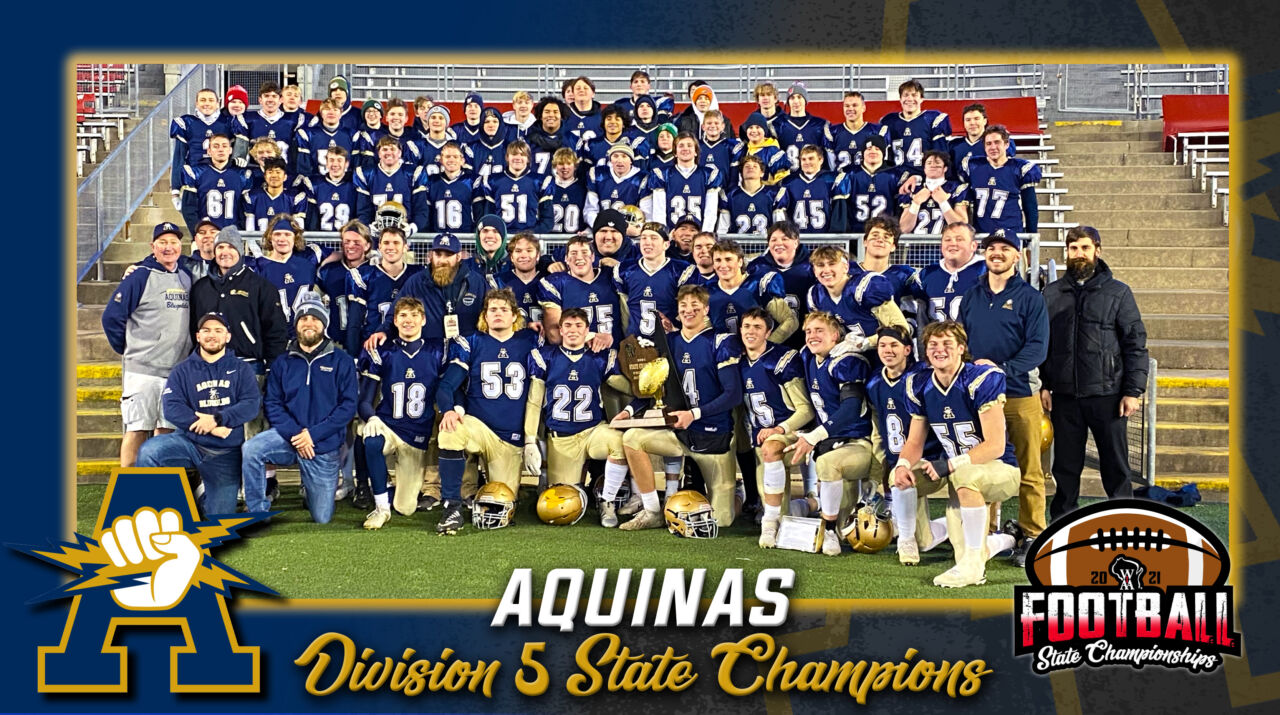 A defensive stand on a tying two-point conversion with the state championship on the line was what won it all for the Aquinas High School football team.

The Blugolds held off Mayville on the attempt with 1:41 to play in preserving the lead and winning the WIAA Division 5 state title 28-26 at Camp Randall stadium.

It was fitting that Aquinas stopped Blake Schraufnagel on the two-point attempted. The 6-foot-1, 180-pound back ran for 205 yards on 38 carries, including two touchdowns.

On a toss right, Schraufnagel was initially stood up by Ethan Schamberger, before teammate Calvin Hargrove finished him off, essentially winning the game.

Its the second state championship in school history. Aquinas also won in 2007, when it beat previously unbeaten Kewaunee 27-0 — scoring all those points in the first half.

In this one, things started off looking like it would be quite similar to 2007.

But then Schraufnagel went to work, scoring on a pair of touchdown runs, including from 2-yards out with 4 seconds remaining in the first half to pull within 16-14.

Mayville then took a 20-16 lead halfway through the third quarter but Aquinas answered right back.

After converting a 4th-and-1 from their own 28 yard line with a 15-yard gain from Hargrove, the Blugolds hit it big.

Flottmeyer, again, found Miskowski and this one was for a 56-yard touchdown, giving Aquinas a 22-20 lead, which they didn’t give back.

Hargrove scored right away in the fourth quarter from a yard out — capping off an 8-play, 80-yard drive — which turned into the cushion the Blugolds needed to preserve the win.

Flottmeyer finished 16 of 24 for 282 yards, one interception and those two touchdowns to Miskowski, who had three grabs for 99 yards.

Jackson Christenson had four catches for 90 yards, while David Malin led the Blugolds with 49 yards on eight rushes.

Mayville had 23 first downs to Aquinas’ 14. They outrushed the Blugolds 306-95 but had a non-existent passing attack, going 5 of 8 for 47 yards with two interceptions.